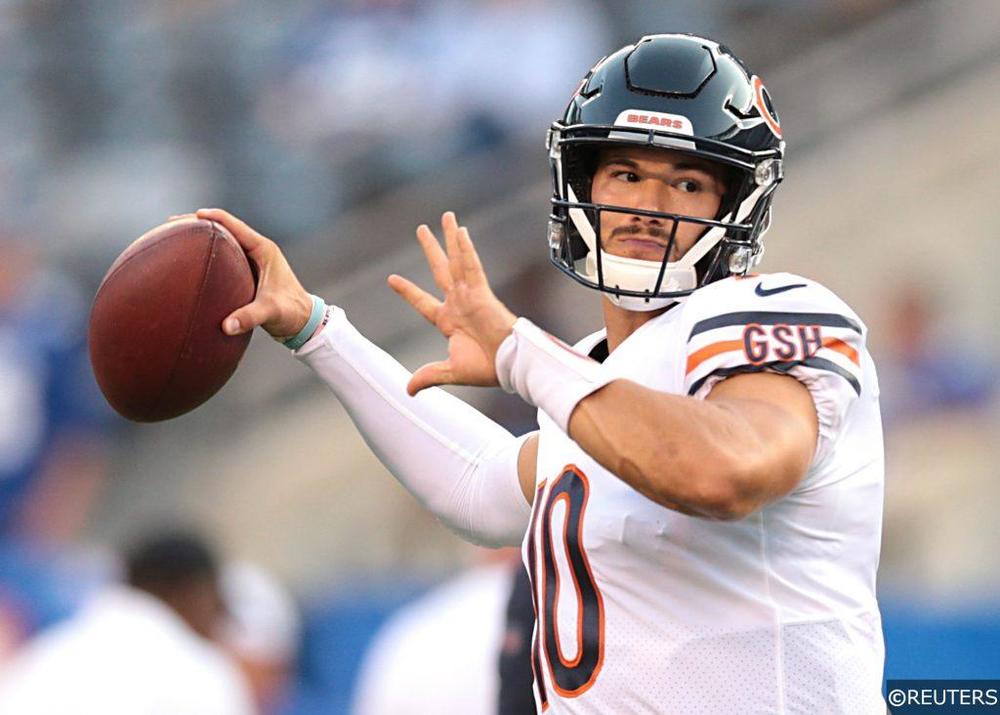 The NFL playoffs are finally here, and we’ve got a great wild card matchup on Sunday afternoon here as the New Orleans host the Chicago Bears to kickoff the day’s slate. The Saints are the biggest favorite of the playoffs in the first-round, as the Bears are a ten-point underdog. Can Mitchell Trubisky shock the world and pull off the upset?

What better way to celebrate the start of the postseason than by betting a same game parlay? We’ve also got thoughts on the side and total, which you can find out in our full game preview. If you’re new to same game parlays and want to find out more, be sure to check out our handy guide, which details how they work and which sportsbooks currently offer them.

The benefit of same game parlays is that you can put together plays that correlate with each other. I think all three of these do, so if the Bears can just win this game we’re very likely to win the whole thing. Let’s break it down one by one

I don’t think the Bears are going to win this game necessarily, but if they do then this parlay will likely cash. And they’re a way better bet than 15/1 to pull off the upset. The Bears won three of their last four games, with the only loss coming to one-seed Green Bay. These teams also played earlier this season, and the Saints only won by three points in overtime. It easily could’ve gone either way. That was when Nick Foles was still under center for the Bears as well, and the offense has looked far better with Trubisky. David Montgomery had a solid game back then, so I wouldn’t even rule out Chicago being able to have a little success on the ground here against this tough New Orleans defensive front. Brees obviously isn’t too mobile these days, and there’s a good chance the Bears’ pass-rush led by Khalil Mack can seriously disrupt things.

If the Bears win this game, it’s going to be because they had some success throwing down the field, as New Orleans’ one somewhat weakness is defending explosive passes. If that’s the case, Robinson likely had a big day. He has a catch of at least 21 yards in all but one game this season, so he’s always a big play threat. He didn’t do a ton as the Bears’ whole offense struggled last week, but he had at least 74 yards in five straight games before that. As such, I think he’s a very good bet to eclipse this total. He also had six catches for 87 in the first meeting between these teams.

Still though, if the Bears win this game it’s going to be because their defense dominated, not because they won a shootout. If they’re going to win, they’re going to hold Brees mostly in check. Like I said above, I think there’s a good chance Chicago’s pass-rush throws Brees off-rhythm, which is their best chance to win this. He’s had 234  yards or fewer in three of his past four full starts. He also had only 76 in the first half against the 49ers before getting hurt. The Bears are only giving up 231.6 passing yards per game this year.