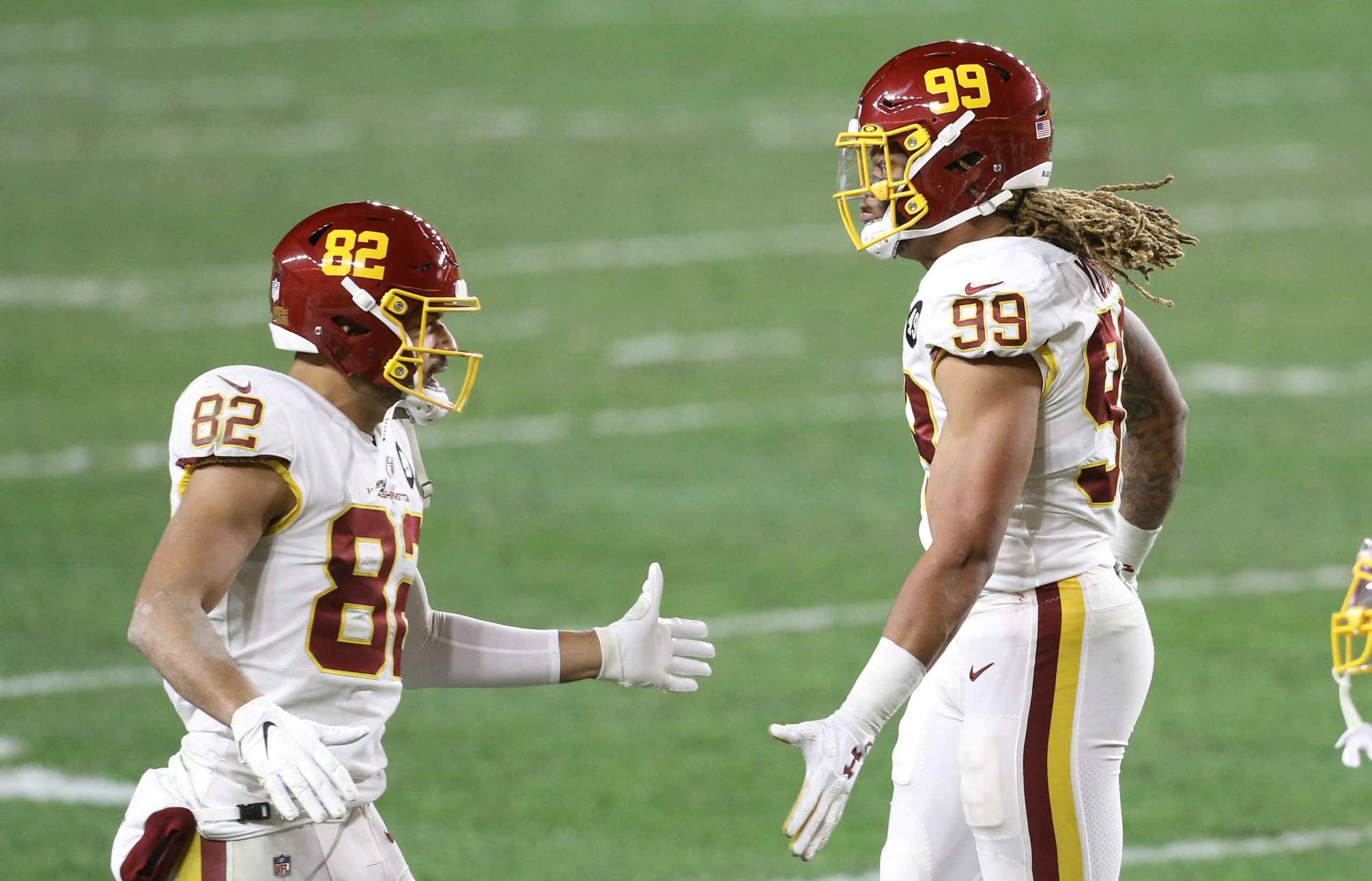 It doesn’t get much better than Saturday Night Football in the NFL playoffs, and we’ve got a great matchup to look forward to here as the Tampa Bay Buccaneers take on the Washington Football Team. After finishing 7-9, Washington will be looking to prove they deserve their spot in the postseason, while the Buccaneers are looking for their first playoff victory since winning the Super Bowl in 2003. Can Tom Brady lead Tampa back to the promised land?

With so much on the line, this is bound to be an exciting game, but one way of making it even more thrilling is by betting a same game parlay. We’ve also got thoughts on the side and total for this one, which you can find out in our full game preview.

Logan Thomas to score a touchdown (+220)

Chris Godwin to score a touchdown (+130)

The benefit of same game parlays is that you can combine plays that correlate with each other, while also adding something slightly contradictory to give the odds a boost. It has been three months since Washington last lost a game by more than a touchdown, and I expect this to be a low-scoring defensive battle. However, there will be some points scored, and the addition of Logan Thomas and Chris Godwin finding the endzone helps bump this up to a monster payout. At odds of nearly 45/1 with FanDuel Sportsbook, this same game parlay has tremendous value.

As mentioned above, Washington have not lost a game by more than a touchdown since the middle of October, and I expect them to keep this very close. Their run defense has been incredibly rigid, so don’t expect much from Ronald Jones. While the Bucs have been lighting it up through the air lately, that has been against the likes of the Falcons and Lions — teams that are horrible against the pass. Tom Brady won’t get that luxury against Washington. Considering the Football Team have held their last seven opponents to 20 points and under, this has all the makings of a defensive battle. Given points are likely to be at a premium, getting Washington with a 7.5-point headstart looks a solid play.

A lot of what I just mentioned feeds into why taking the under is also the way to go. This Washington defense isn’t giving up points easily to anyone right now, and the likes of Chase Young and Montez Sweat will be chomping at the bit to drive Brady into the dirt. Meanwhile, Washington hasn’t been the most productive team on offense, and Alex Smith will have the Buccaneers pass-rush to worry about. Smith’s injuries limit him to staying in the pocket most of the time, and considering Tampa gave up the fewest rushing yards per carry this season, the Football Team could struggle to move the chains and pile points on the board.

Logan Thomas to score a touchdown (+220)

However, that isn’t to say that the Football Team won’t at least score one or two touchdowns, and Logan Thomas looks a great price to do just that. The Bucs have been vulnerable to slot receivers and tight ends this season — ranking tied for seventh in touchdowns allowed to TEs. That was also on full display when the Bucs lost to the Rams back in November, as Cooper Kupp and Robert Woods combined for 275 receiving yards to decimate Tampa in the slot. Thomas has been one of Smith’s favorite targets, and as the weak point in a dominant Bucs defense, I expect him to get plenty of traffic.

Chris Godwin to score a touchdown (+130)

Despite facing some weak teams, Tampa Bay has averaged over 40 points in their last three games, and it would be foolish to think they won’t enjoy some success on offense. Tom Brady in the playoffs is always a scary thing, and Chris Godwin could be the receiver who benefits from the superstar quarterback’s magic. Godwin put up 133 yards and two touchdowns against the Falcons, and that was the third straight game that he had found the endzone. The Penn State product appears to be hitting form at the right time, and the addition of a Bucs touchdown in a largely Washington-orientated same game parlay helps bump these odds to a mega +4495.