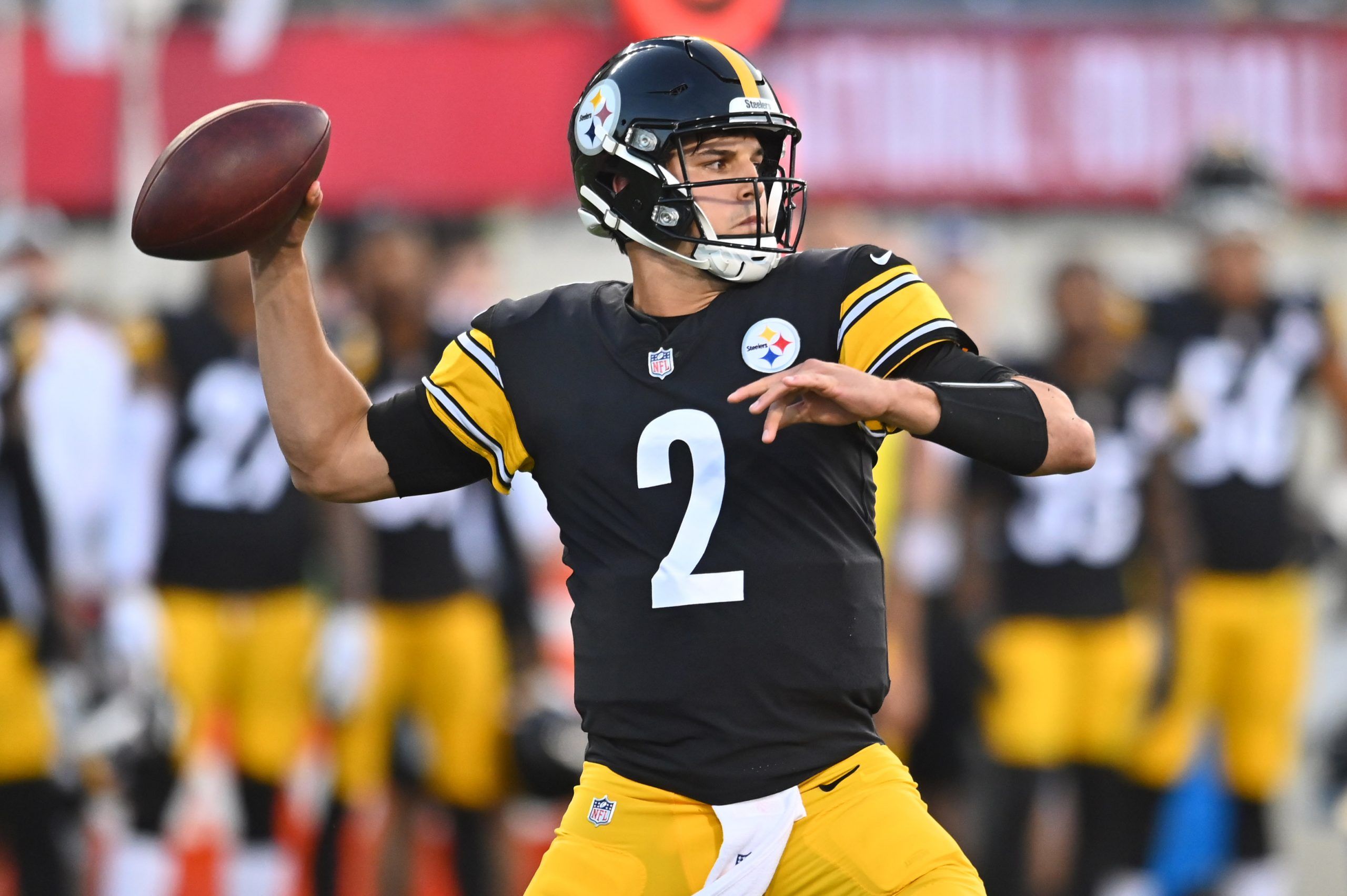 The Hall of Fame Game let us dip our toes in the water, but the real actin is about to start. Week 1 of the preseason will get underway on Thursday with a couple of great games, and then we have got three more on Friday. Here at Pickswise we will be bringing you great NFL content all season, with free picks on sides and totals, parlays, mega parlays etc.

It’s also not too late to wager on our NFL futures, which you can find alongside our NFL picks. But right now we’re talking preseason, and specifically these weekday games. Let’s break down our three best bets from this initial action before Saturday’s large slate, with a little note on their parlay odds if you want to pool them together.

Let’s break down each of the three one by one.

From Thursday night’s two games, we like the Steelers the best. Pittsburgh has a few advantages here. For starters, they’ve already played a preseason game. The Steelers easily beat the Cowboys in the Hall of Fame Game, and they only allowed three points. A few more experienced players might get some run here, and their young guys have already knocked off the rust. They also have a great quarterback rotation by meaningless preseason standards, as both Mason Rudolph and Dwayne Haskins have lots of NFL starting experience.

These two teams couldn’t be more different in terms of continuity, which should pay dividends early in a preseason. The Steelers are one of the most stable organizations in all of sports, and Mike Tomlin is entering his 15th season as head coach. Philadelphia on the other hand just got done with a chaotic offseason, and they’re playing under a first-time head coach in Nick Sirianni. I’m expecting the Eagles to look pretty sloppy in their initial action.

Looking at Friday now, the Bills jumped off the screen to us. Speaking of teams that have backups with lots of starting experience, Buffalo has Mitchell Trubisky behind Josh Allen. Trubisky obviously was a starter for years in Chicago, and he’s eager to show the rest of the league he can still be a top option. Lions backup David Blough is a much less inspiring option. The Bills also went 4-0 in their last preseason, so these games clearly mean something to head coach Sean McDermott.

Detroit, like Philadelphia, has a first-time head coach in Dan Campbell. They also had a lot of overhaul this offseason, letting go of key veterans like Matthew Stafford and Kenny Golladay–so they should have a bit of an adjustment period as well. Buffalo will be highly motivated to get the bad taste from last year’s AFC Championship game out of their mouth and start 2021 off on the right foot.

Finally, the under in the nightcap of Friday’s slate also makes a lot of sense. This NFC showdown easily has the highest total of any of the five games on these two days. It’s not exactly clear why. In Kliff Kingsbury’s only preseason as head coach of the Cardinals, Arizona scored 17 points or fewer in three of four games. In two of their four games, they didn’t even get to 10.

Dak Prescott won’t be playing here for the Cowboys, and Dallas’ backup rotation of Garrett Gilbert, Cooper Rush, and Ben DiNucci leaves a lot to be desired. Dallas only scored 3 points against Pittsburgh, so a total of pretty much 40 for a preseason game seems totally unjustified. It’s not like the Cardinals are going to be pushing Kyler Murray and having him run around out there.