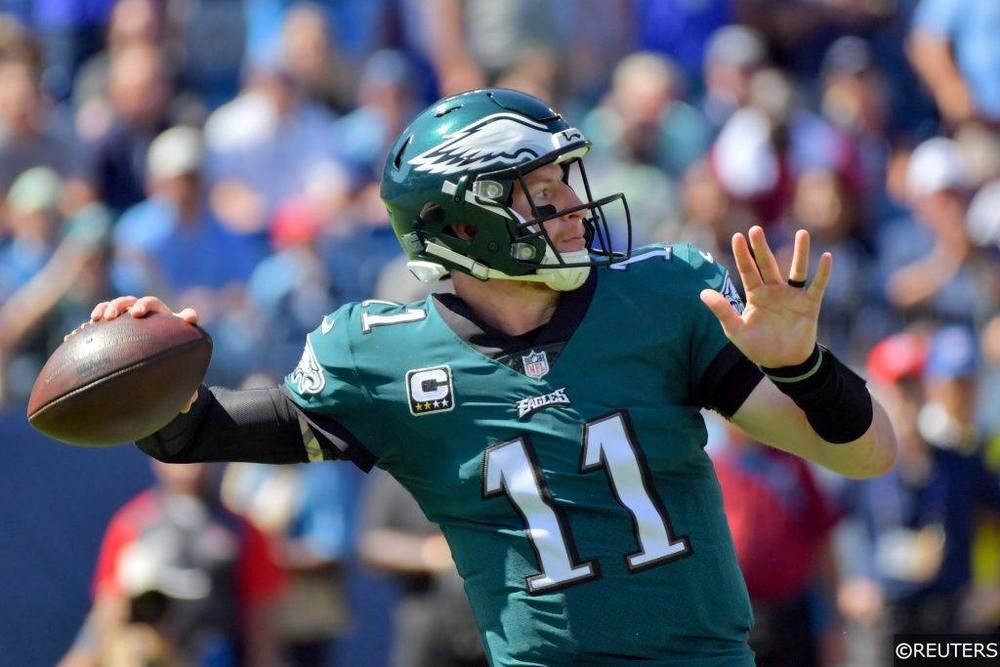 Monday Night Football is back, and it’s a matchup between two NFC teams as the Philadelphia Eagles host the Seattle Seahawks. The Eagles have their backs up against the wall after a string of disappointments, and this feels like somewhat of a last stand for them. The Seahawks also haven’t been their sharpest recently, and need a win here to pick up some breathing room in the NFC West.

We’ve got plenty of thoughts on the side and total, which you can read in our game preview, but right now we’re going to be talking about some props. Player props can be some of the best spots to find edges, as oddsmakers have to hang lines for virtually every player, and then we can pick our spots. Let’s dive in:

This total is a bit too high, even against Seattle’s leaky pass defense. It goes without saying that Wentz has struggled mightily recently, and the coaching staff barely even trusts him to throw downfield anymore. He hasn’t topped 235 yards in his past three games, and he’s only topped 258 once in his last nine. The Seahawks’ defense isn’t nearly as bad as they looked early in the year, and now that Jamal Adams is back the secondary is playing a lot better.

They quietly have been pretty solid the last couple of weeks, limiting Kyler Murray to only 6.4 yards per attempt in their most recent game. What makes this under especially appealing is that it’s been reported that Jalen Hurts will see increased snaps here. That of course means fewer opportunities for Wentz, and it sounds like it’s possible he’ll be benched altogether if he falls flat again here.

Conversely, I like the over on Wilson here. Philadelphia’s secondary has been falling apart in recent weeks, and they just allowed Baker Mayfield to average 9.3 yards per attempt in a game with terrible weather conditions that forced both teams to run the ball for much of the day. The week before that, they gave up 8.7 yards per attempt to Daniel Jones. Needless to say, Wilson is far superior to both of those quarterbacks, and Seattle also throws a lot more than those other teams.

The Eagles just placed Cre’von LeBlanc on injured reserve, leaving them even more thin at corner. Wilson has been relatively quiet his last couple of games, and I think the Seahawks will want to make a statement here by getting him going. Darius Slay won’t be able to cover D.K. Metcalf, and Philly doesn’t have anyone who can slow down Tyler Lockett over the top. Wilson should absolutely torch them here.