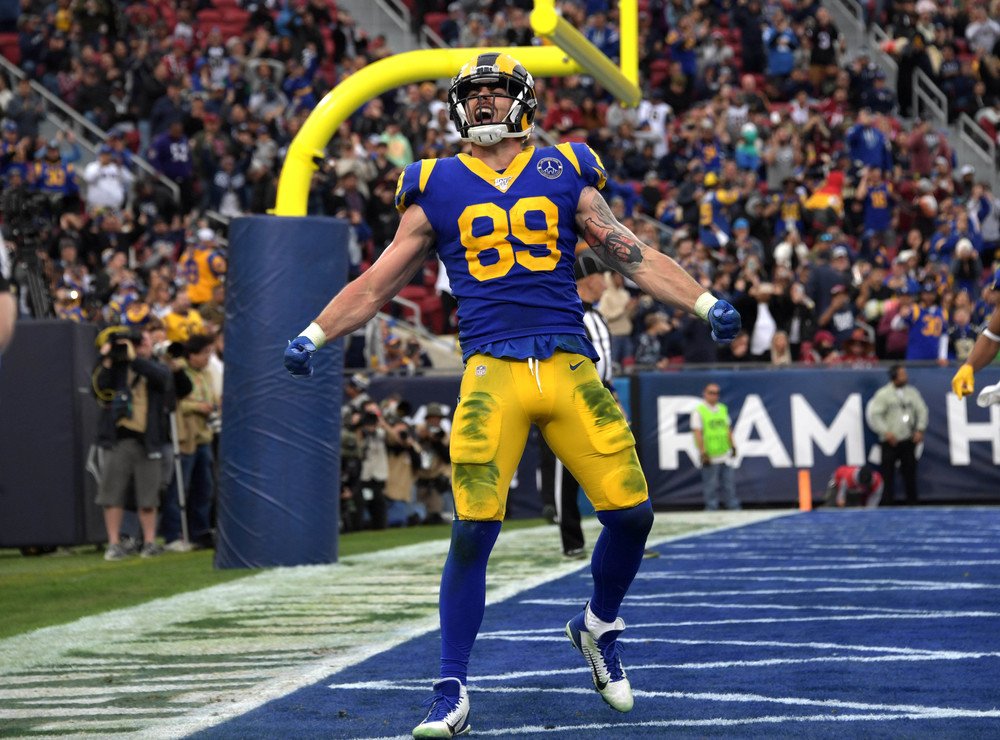 What better way to celebrate Week 17 than by betting a same game parlay? We’ve also got thoughts on the side and total, which you can find out in our full game preview. If you’re new to same game parlays and want to find out more, be sure to check out our handy guide, which details how they work and which sportsbooks currently offer them.

Tyler Higbee to score a touchdown (+320)

The benefit of same game parlays is that you can put together plays that correlate with each other. I think all these plays do, and if Higbee scores I’ll be feeling very good about our chances. Let’s break them down one by one.

This line has gotten out of control. On the lookahead lines before Week 16 was played the Rams were four-point favorites. Making a full touchdown adjustment for the absence of Jared Goff (it’s currently Cardinals -3), is just ridiculous. Goff has played terribly for the most part this season, and I really don’t see any reason to believe John Wolford is much of a downgrade. It’s not like the Cardinals are a picture of health right now, as Kyler Murray is nursing shoulder and leg injuries while DeAndre Hopkins has a hip issue. Sean McVay has owned the Cardinals historically, and I love this matchup for Los Angeles. To slow down the Cardinals’ offense you need a shutdown corner to shadow Hopkins and an elite pass-rusher to make Murray uncomfortable, and the Rams have both of those in Jalen Ramsey and Aaron Donald. They should be the ones favorited in this game.

Like I just mentioned above, I really don’t see Wolford as much of a downgrade, and oddsmakers are being way too conservative with this line. Wolford was a star in the ill-fated AAF, and he has shown major flashes during his preseason action with the Rams. McVay is such a talented offensive mind that he can coax strong quarterback play out of just about anybody. When the Rams played the Cardinals earlier this year Goff threw for 351 yards, and for some reason bookmakers are expecting Wolford to barely crack half of that. With their running backs very banged up, the Rams will likely be leaning heavier on the pass than they normally would in this spot.

If Wolford goes over his yards total, guess who probably did too? Woods. McVay will be looking to scheme up as many easy throws for Wolford as possible, and the Rams love to use Woods on screens and other easy completion throws. As evidenced by the fact that Wood had a whopping 10 catches for 85 yards the first time these teams played each other. Woods has at least 48 yards in five of his last six games even with Goff struggling. Cooper Kupp is going to miss this game due to COVID-19, which will ensure Woods gets even more targets than usual here.

Tyler Higbee to score a touchdown (+320)

Higbee has scored in two of his last four games, so I think getting +320 presents a lot of value here. Especially since it correlates highly with a Rams win and a good day for Wolford. McVay has been giving Higbee more looks again recently, and inexperienced quarterbacks like Wolford often like to lean on their tight ends over the middle. Higbee should benefit from Kupp’s absence as well, and he found the endzone during the Rams’ first game against Arizona this season.