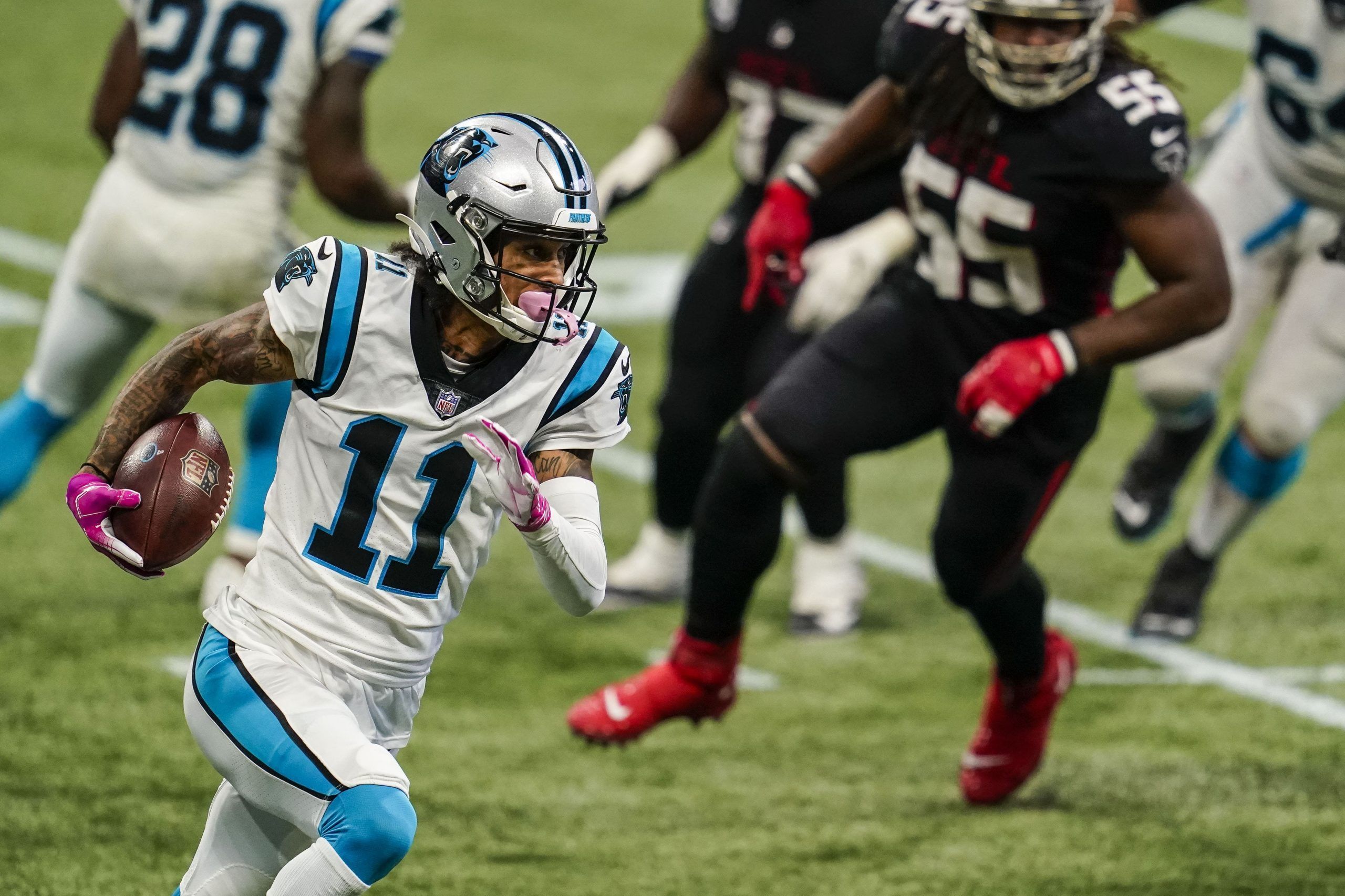 Week 8 of the NFL season gets underway with what looks to be an exciting clash in the NFC South as the Atlanta Falcons take on the Carolina Panthers on Thursday Night Football.

Neither team will be feeling particularly good about their postseason hopes right now, with the Falcons on a dismal 1-6 record while the Panthers dropped to 3-4 with a close defeat to the Saints on Sunday. More than anything, though, it will be interesting to see if Atlanta can find yet another heartbreaking way to lose. They effectively had their game against Detroit in the bag on Sunday, but an accidental touchdown from Todd Gurley (yes, you read that correctly) led to their downfall.

A same game parlay with FanDuel or PointsBet offers bettors the chance for a big payout, and enhances the excitement of this primetime clash. You can check out our full preview of the game, which features picks on the side and total, as well as our other picks for Week 8.

Robby Anderson to score a touchdown (+155)

A few of these picks are highly correlated, but by throwing in the Jones touchdown pick, the odds get a huge boost. It makes sense to add this type of play, as a high-scoring game is expected and I’m expected a big day from the Falcons receivers after the Panthers struggled to contain the Saints through the air.

Carolina has lost its last two games, but I feel good about them bouncing back against Atlanta. Christian McCaffrey could make his return in this game, which would be a major plus, but even without him I think they’ll be okay. Those two defeats both came within one score against teams with winning records, and Matt Rhule’s team has been consistent.

The Falcons, meanwhile, just keep wowing people — and not in a good way. They looked destined to get their second win of the season last Sunday, but a botch in the last minute allowed Detroit to go down field and win the game. After yet another bitter defeat, it’s going to be hard for those Atlanta players to pick themselves up, especially on a short week. The Panthers beat the Falcons 23-16 when they faced off earlier this season, and I can see them winning by at least seven points again.

I do, however, think there will be more points this time around. The Falcons were without star receiver Julio Jones for that last matchup, and given how hot he and Calvin Ridley have been recently I’m struggling to see how the Panthers secondary contain them, no matter how good Carolina’s defense has been. Additionally, if Christian McCaffrey does return then that will add another dimension to this Panthers offense. Atlanta has been woeful against the pass this season, having allowed the most passing yards, yards per attempt and passing touchdowns in the NFL. I expect another big day from DJ Moore and Robby Anderson. This one has all the makings of a shootout under the Thursday night lights.

Robby Anderson to score a touchdown (+155)

Speaking of Robby Anderson, I like his chances of finding the endzone. As I just mentioned, the Falcons defense has been shocking against the pass, and Anderson looks primed to take advantage. He failed to score a touchdown the last time these teams met, but he did have eight receptions for 112 yards, so should have opportunities. Incredibly, the Temple product has found the endzone just once this season — in Week 1 against the Raiders — but his workload suggests his time is coming soon. I think it happens against Atlanta, but I wouldn’t put anyone off rolling with DJ Moore here, who is the same odds to score.

If backing the over on points, it makes sense to throw in a touchdown scorer on the opposing team, which works to really inflate the odds. Of the Falcons players, I like Julio Jones’s chances. The star receiver had a huge game against Minnesota with 137 receiving yards and two touchdowns, and last week against Detroit had another 97 yards. He didn’t find the endzone that day, but I think he has a good chance here.

It’s true that Carolina has allowed the fewest yards per attempt in the passing game this season, but Drew Brees proved on Sunday that this Panthers secondary can be infiltrated. This will also be the first time they’ve faced Jones this season, as he missed the game earlier in the season. Rumors have been rife about Jones potentially being traded out of Atlanta, and if they are true, I think the seven-time Pro Bowler will be determined to finish his time with the Falcons on a high. A touchdown would be the perfect sign-off.