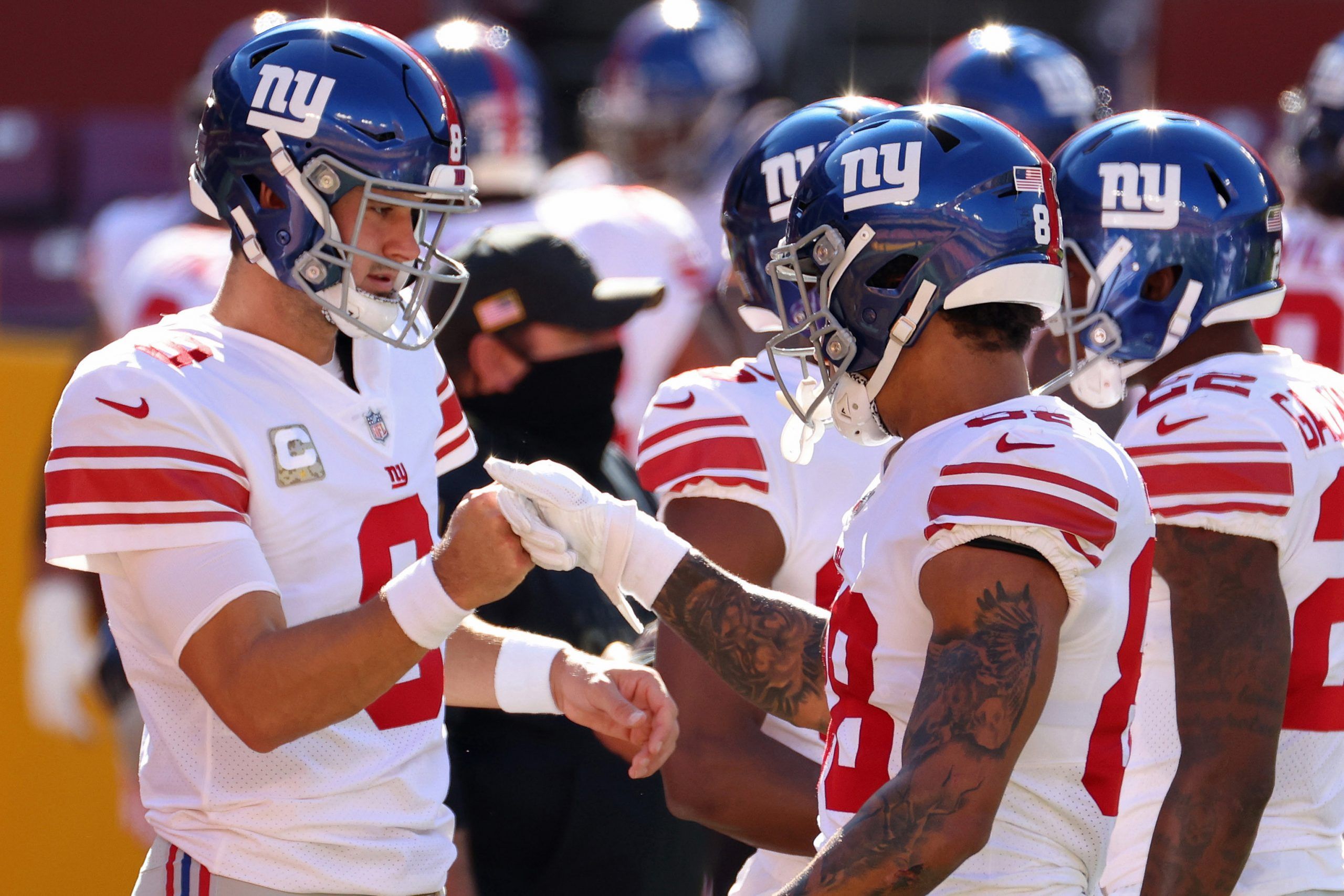 It’s Week 10 of the NFL season and there’s a crunch clash in the NFC East between the Philadelphia Eagles and the New York Giants.

The Eagles currently top the division, but the Giants have just one win less and despite being 2-7 still stand a good chance of reaching the postseason. But a win for them here is crucial. Philadelphia prevailed 22-21 when these teams met on Thursday Night Football, but New York could now have the edge with this game being played at MetLife.

A same game parlay with FanDuel or PointsBet offers bettors the chance for a huge payout, and enhances the excitement of this high-stakes matchup. You can check out our full preview of the game, which features picks on the side and total, as well as our other picks for Week 10.

Wayne Gallman to score a touchdown (+135)

Miles Sanders to score a touchdown (-105)

A few of these picks are highly correlated, and as you can see we’re pretty sweet on the Giants coming out on top. But by throwing in Miles Sanders to score a touchdown for the Eagles, the odds get a nice boost.

As mentioned, Philadelphia only just about came away with the victory when these teams met last month, and that was more to do with New York blowing it than anything else. Now with this game being played in New Jersey, I think the Giants are being under-estimated. They earned a huge 23-20 win over Washington last week which should give them plenty of confidence, and they proved a couple of weeks ago in their narrow loss to Tampa Bay that they can hang with anybody. Aside from one blowout defeat to the 49ers, the Giants have been competitive in nearly every game this season, and their run defense has been red hot (just 3.7 yards per carry allowed this season).

The Eagles meanwhile are still having all sorts of problems on offense and Carson Wentz leads the league in interceptions. I think the Giants will come at them hard and fast, and will earn that W.

Wayne Gallman to score a touchdown (+135)

Philadelphia has allowed the sixth-most rushing touchdowns in the NFL (11) and I expect Giants running back Wayne Gallman to add to that number. Gallman found the endzone when these teams faced each other last month, and has followed that up with scores in both games since.

The Clemson product has been with New York for a while and is finally getting an opportunity to prove what he can do, and I think he’s going to flourish here once again. The Eagles boast a mean pass-rush so I think Daniel Jones will hand the ball off a lot here, and for Gallman to convert that into at least one touchdown. 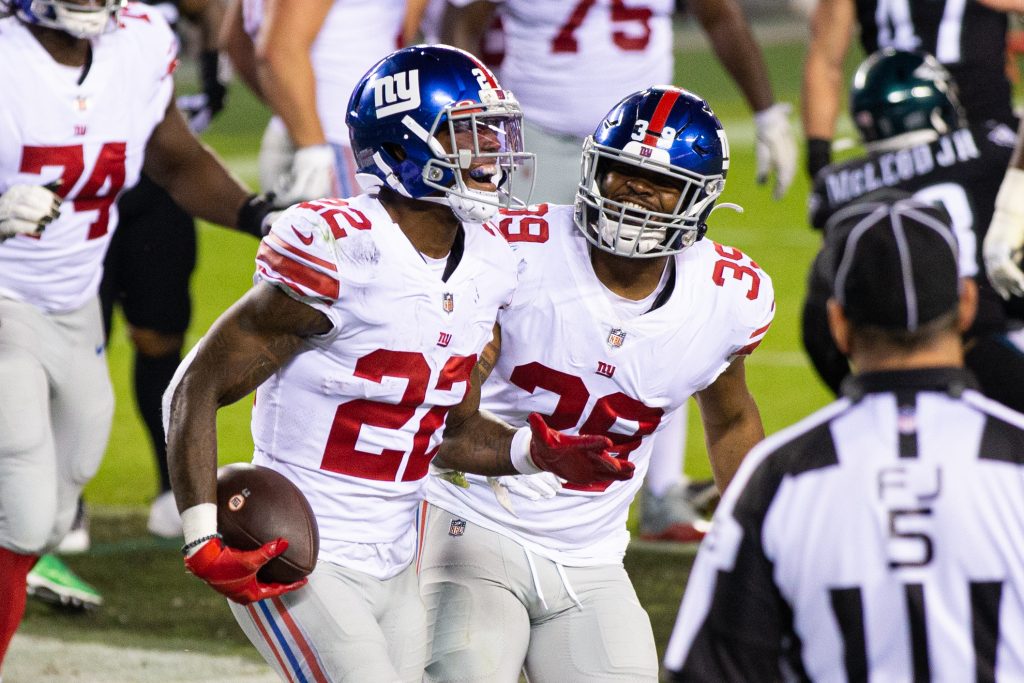 Miles Sanders to score a touchdown (-105)

I also really like Miles Sanders’ chances of putting points on the board for Philadelphia. Sanders has missed the past couple of games through injury and I expect him to be fired up for this one, especially with a lot on the line. Prior to that injury, he had a couple of huge games against Baltimore and Pittsburgh where he put up a combined total of 198 rushing yards and two touchdowns. If that Sanders is on show here, then the Giants will have a tough time containing him. Let’s also not forget that Wentz has been struggling a lot in recent weeks, and if that happens again I expect a lot of runs called to take the pressure off of him.

I think this is a very generous line for Evan Engram. For starters, he has had 42 yards or more in each of his last three games, including when he totaled 46 against Philadelphia last month. He’s also seeing a lot of action come his way, with 16 receptions across those three matchups. It’s not only that though, but the Eagles have struggled all season to deal with tight ends. They have conceded six touchdowns to that position this season, and allowed the seventh-most receiving yards to tight ends. All things considered, Engram has a great chance of hitting this line comfortably.