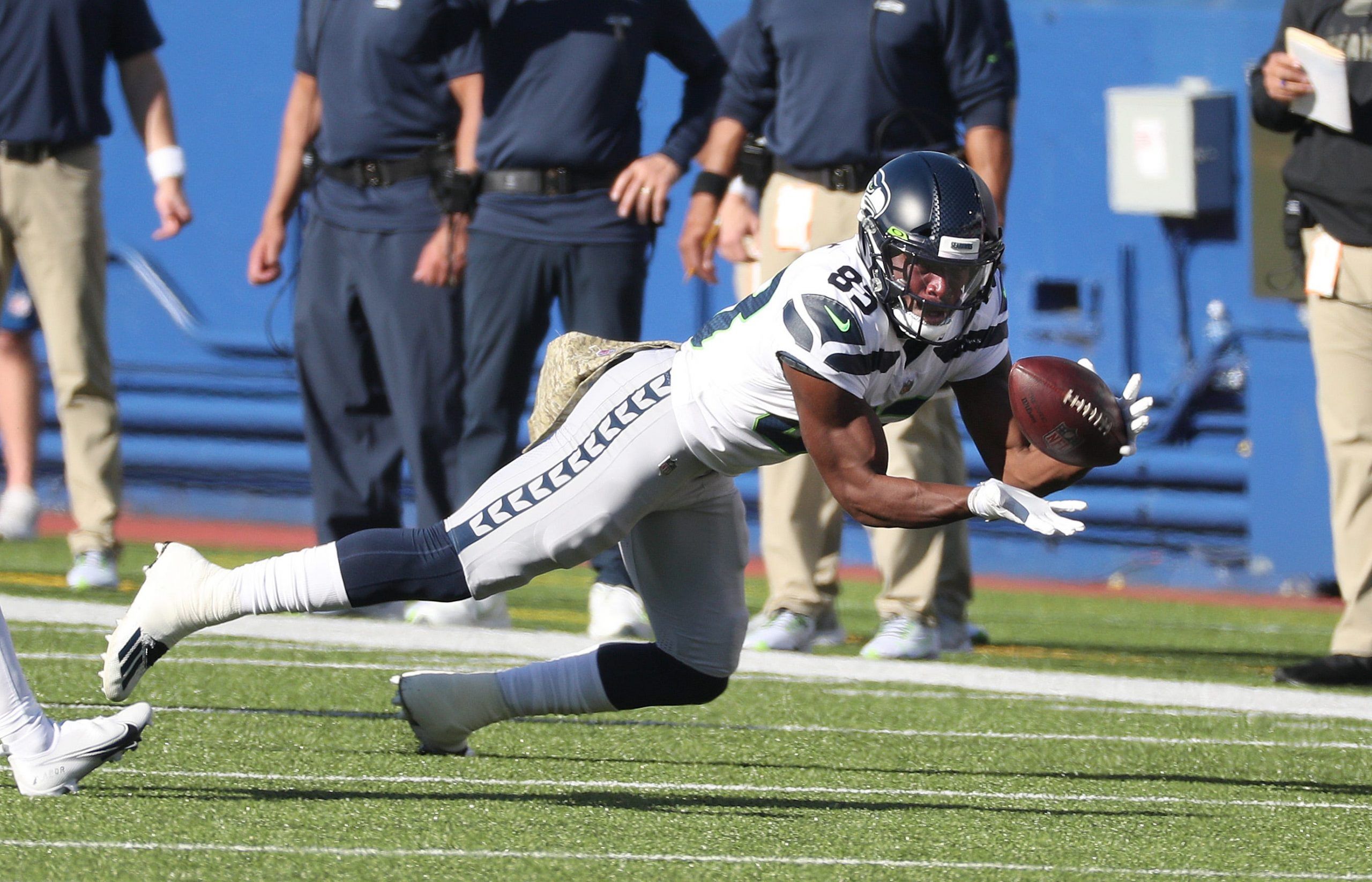 It’s a huge NFC West matchup in Week 10 of the NFL season as the Seattle Seahawks take on the Los Angeles Rams.

The Seahawks are top of the NFC West with a 6-2 record, but have lose two of their last three games and will be eager to make a statement after being crushed by the Bills last week. The Rams meanwhile are coming off their bye but were blown out by the Dolphins in their last game. Los Angeles is just one win behind Seattle, and can go above them in the division with a win here.

A same game parlay with FanDuel or PointsBet offers bettors the chance for a huge payout, and enhances the excitement of this huge matchup. You can check out our full preview of the game, which features picks on the side and total, as well as our other picks for Week 10.

A couple of these picks are correlated, such as the Seahawks -2.5 and Lockett to score a touchdown, but by throwing in a couple that goes against them we see a nice boost to the odds. Given how awful Seattle’s secondary has been, Cooper Kupp should have a great chance of finding the endzone. Equally, the Rams boast Jalen Ramsey at cornerback which could tip Wilson below this mega line.

The Seahawks have been an absolute juggernaut on offense this season and it’s hard to see Jared Goff and company keeping up with them. Granted, Seattle has been a sieve in the secondary and last week gave up 44 points to Buffalo, but I’ve got to think star safety Jamal Adams will perform a lot better now with a game under his belt. Let’s not forget, the Rams looked woeful in their game against the Dolphins last time and the offense has looked off for a few weeks now. Russell Wilson continues to put up huge numbers, and even if star receiver DK Metcalf is pacified by Jalen Ramsey, he still has Tyler Lockett to turn to and I expect that duo to earn Seattle the win by at least a field goal. Which brings me on to the next part of this same game parlay…

As I mentioned, I think DK Metcalf will be well covered by Jalen Ramsey, so it makes sense to look to Wilson’s other big target, Tyler Lockett. Stats-wise, Lockett has been a little hit and miss this season, but has had two games where he’s reached triple figures receiving and put in three touchdowns. Granted, he’s not scored in Seattle’s last two games, but he’s still getting a comfortable number of receptions and should be a big part of their offense. If Metcalf is scouted, Lockett is the next best option and a good play for this parlay.

What did they put in Tyler Lockett's water this morning? 😳

As we all know, Seattle has been horrible on defense, and specifically against the pass. It has allowed a league-high 2,897 passing yards and 16 passing touchdowns. In the Seahawks’ last two road games alone, they’ve given up a combined 81 points, so even if Goff does struggle it’s almost a given that he will throw at least one or two touchdowns. I expect Cooper Kupp to be the recipient. Kupp has only found the endzone twice this year, but similar to Lockett he is seeing plenty of action come his way. In fact, in that game against Miami last time he had 11 receptions for 110 yards. Against Seattle’s porous secondary, he’s bound to have opportunities to score.

This is a risky play, but given how nicely it boosts the odds I’m willing to take a shot. Wilson has failed to reach 298 passing yards in three of his eight games this season, and I think he could struggle to hit that mark here largely because of Jalen Ramsey. It’s always a tough day at the office when you’re against arguably the best corner in the game, and if Ramsey does successfully shut down Metcalf then that should limit Wilson’s chances for big yardage.

In addition, he’s likely to have Aaron Donald breathing down his neck regularly which could also stymie the Seahawks passing game somewhat. Reaching nearly 300 passing yards is tough for any quarterback, even Wilson, so it’s possible he has a good day and still doesn’t reach this number. Just two weeks ago he threw four TDs against the 49ers, but still only had 261 passing yards. I can see a similar thing happening here.