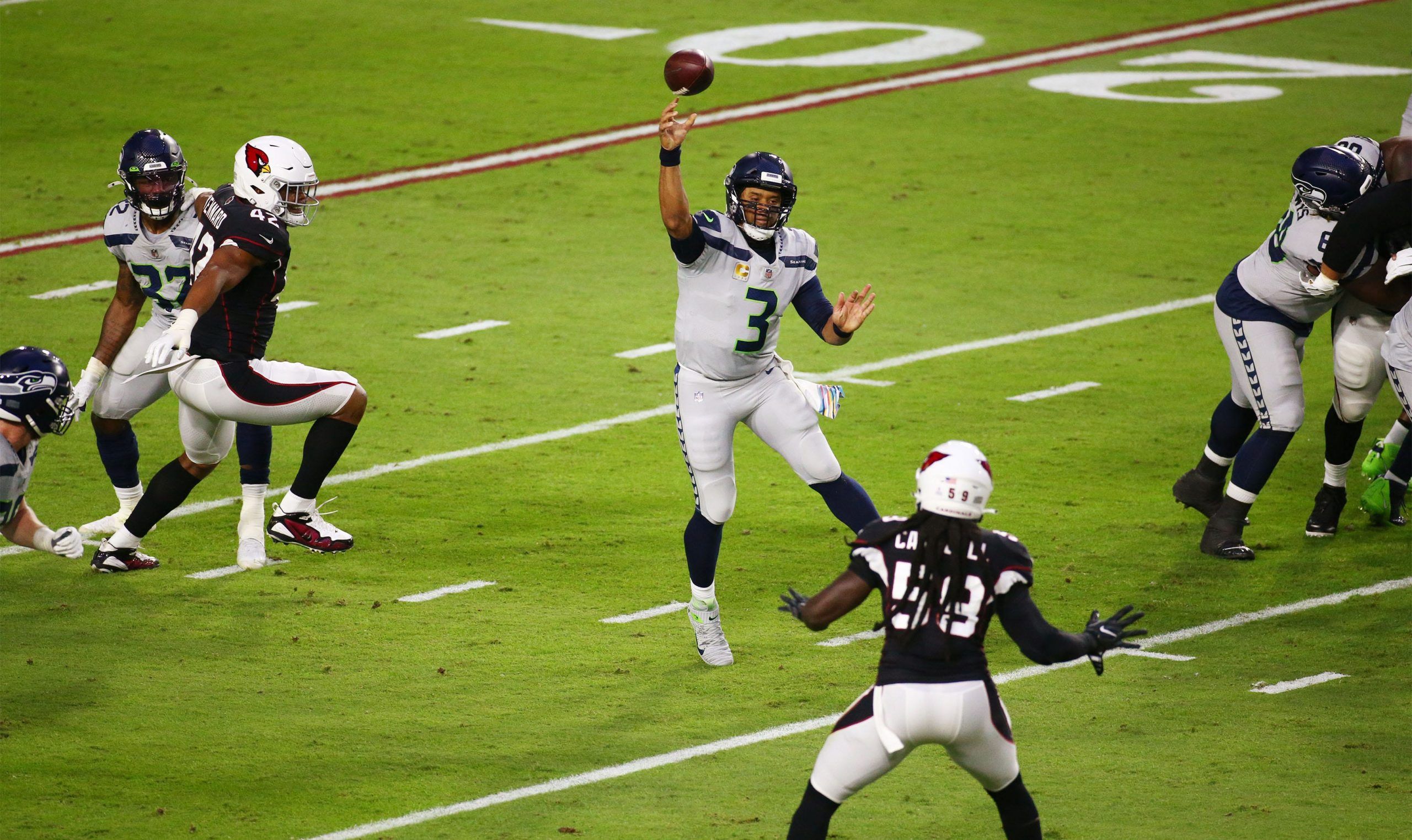 I'm an editor here at Pickswise who was raised in a household full of sports fanatics. Since I unfortunately never had LeBron James' jumping ability I wasn't able to make it to the NBA, and chose writing about sports as the next best thing. An avid sports bettor myself, I'm excited to get to write about the industry as it gets set to take off across the country. Buckle up.
Updated: 4:18 AM ET November 19, 2020

We’ve got an exciting NFC West clash to kick off the Week 11 slate here as the Seattle Seahawks host the Arizona Cardinals. Seattle is looking for revenge in this one after the Cards won in overtime the first time these division rivals played each other a few weeks ago. Both of these teams are 6-3 and in a three-way tie for first place with the Rams, so the playoff implications in this one can’t be overstated.

It’s Russell Wilson vs. Kyler Murray, which should lead to plenty of fireworks no matter what happens. To make it even more interesting, we’ve got a same game parlay for you with a potentially huge payout. A same game parlay with FanDuel or PointsBet offers bettors the chance for a huge score and enhances the excitement of this primetime clash. You can check out our full preview of the game, which features picks on the side and total, as well as our other picks for Week 11.

I think all of these make sense as standalone plays, and we get a huge increase in the odds by adding the Murray over which I don’t think conflicts too much with the rest. Let’s break them down one by one.

I think there’s a good chance the Seahawks win this one going away. I often like to fade teams coming off emotional last-second wins, and that’s certainly the case with the Cardinals here after the ‘Hail Murray.’ They’ve been basking in the glow of their thrilling win over the Bills all week, and I think the potential lapse in focus will be compounded here by the short week with this being a Thursday night game. The Seahawks are in an opposite boat, as they’re coming into this one angry and determined.

They’ve now lost three of their last four games and desperately need a win here to reverse their momentum. They led by double digits for most of their first meeting with the Cardinals before blowing it, so it’s certainly not improbable that they get up big here. I don’t actually think the Cardinals have played that well as they’ve gone 4-3 in their last seven games. Two of those wins were against the Jets and Cowboys, and their losses in that span were to the Lions, Panthers, and Dolphins.

If the Seahawks win this one by two-plus touchdowns, then guess who probably had a pretty big day? Wilson. He’s taken a lot of criticism in recent weeks, deservedly so, and will be highly motivated to come out and dominate in this primetime game. He needs a productive game here if he wants to stay in the MVP race, and Wilson should respond well in the face of adversity.

When these two teams played a few weeks ago, Wilson finished with a whopping 388 yards. He’s had at least 360 in three of his past six games, so he could clear this total with plenty of room to spare. It looks like Chris Carson isn’t going to play here, which means Seattle will again be leaning on the passing game even more heavily.

😳Russell Wilson is on an MVP mission.

Murray has been using his legs a lot more in recent weeks, but oddsmakers haven’t fully caught up yet. He has at least 61 rushing yards in seven of nine games this season, so I can’t understand why this total is so low. I don’t expect Kenyan Drake to have much success against a solid Seattle run defense, so I think the Cards will use Murray as an extension of their ground game. Kliff Kingsbury has already been calling more designed runs for Murray anyway.

I also don’t think this bet conflicts with our first two that much, even though oddsmakers give us a huge odds boost for adding it. If the Seahawks are up big then it likely means Arizona’s passing game isn’t working all that well, and Murray will be taking off as things break down. Garbage time is also where quarterbacks can rack up some huge runs as defenses play softer and more conservative, so if it’s a blowout that may actually help us here.