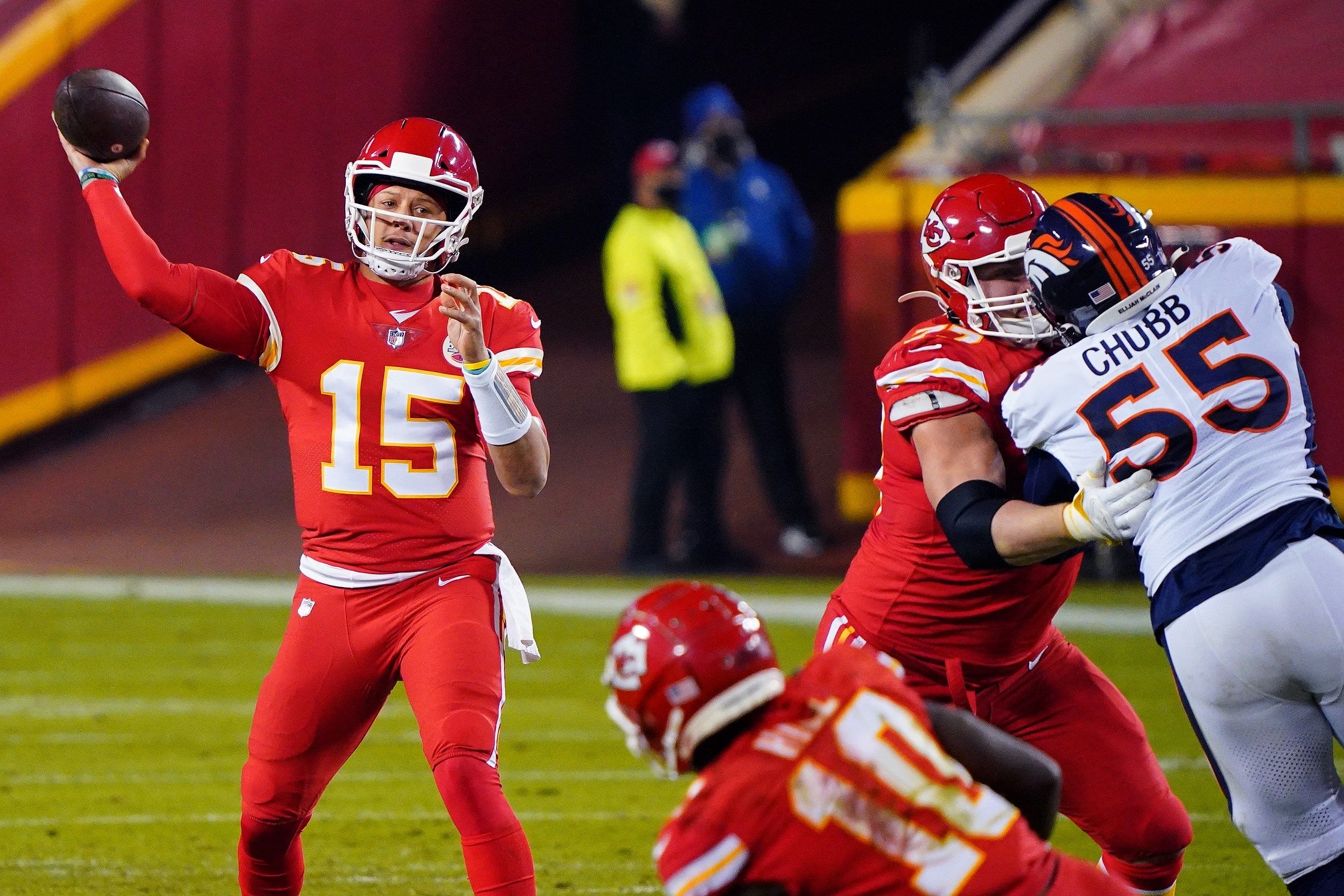 Two hot playoff contenders in the AFC do battle as the 11-1 Kansas City Chiefs take on the 8-4 Miami Dolphins. The Chiefs will be keen to hone in on the #1 seed after Pittsburgh suffered their first defeat of the season last Monday, while the Dolphins are just one win behind the Bills in the race to win the AFC East.

This is the standout game of the early window on Sunday, and one way of making it even more exciting is by betting a same game parlay. We’ve also got thoughts on the side and total, which you can find out in our full game preview. If you’re new to same game parlays and want to find out more, be sure to check out our handy guide, which details how they work and which sportsbooks currently offer them.

DeAndre Washington to score a touchdown (+125)

The benefit of same game parlays is that you can put together plays that correlate with each other, while also adding something slightly contradictory to give it a big boost. I think the Chiefs win this comfortably, but that it will by no means be a blowout against Miami’s solid defense. I also expect the Fins to find the endzone at some stage, and with Myles Gaskin out I think DeAndre Washington can make the most of his enhanced role against his former team.

The Chiefs looked a tad unimpressive in last week’s six-point win over the Broncos, but I think they can win this one by more than a touchdown. That is mainly down to the fact I can’t see any way that Miami can keep up with Kansas City’s scoring, with the Dolphins looking seriously lackluster on offense lately. They haven’t scored more than 20 points in any of their last three games, and last week could only muster 19 against a woeful Bengals team who themselves played awful. While I can see Mahomes and company being slowed down by Miami’s defense, which I will come onto shortly, I still expect them to generate enough to comfortably beat their hosts. With a chance to finish the game week as the AFC’s top seed, the Chiefs should be highly motivated for this one.

As mentioned above, Miami’s offense has seriously struggled recently, and I think it’s far to say that Tua Tagovailoa has played below what many people expected of him when he took over as starting quarterback. That is part one of why I’m going with the under, but part two focuses on how good Miami’s defense has been. For starters, they’ve allowed just 10 points across their last two games. Granted, those came against the Jets and Bengals, but that’s still impressive nonetheless. I think they can do enough here to ensure it isn’t all smooth sailing for Mahomes, which again I will come onto. The under has cashed in five of Miami’s last seven, and I think the same happens here.

Miami’s defense has really established itself in recent weeks, and a lot of that is down to the shutdown cornerback pairing of Xavien Howard and Byron Jones. Those two have been making lives miserable for quarterbacks, with Howard having registered an interception in eight of his last ten games this season. But that isn’t the only issue for QBs — three of the past four to take on Miami’s defense have failed to reach 200 passing yards. Now I know Mahomes isn’t like other quarterbacks, but even he should be in for a tough day here, and this is an incredibly high line to top against such a good secondary. I think it’s perfectly possible that Mahomes throws three TDs, and still doesn’t top this line. It’s worth adding to our same game parlay as a nice odds booster.

DeAndre Washington to score a touchdown (+125)

Finally, one to really push the odds up is adding DeAndre Washington to score a touchdown for Miami. I mentioned that the Dolphins and been struggling on defense, but I don’t think they’ll get shut out of the endzone. And while the Chiefs have been adequate against the pass, their run defense hasn’t been as good as it was last year. KC have been allowing an average of 4.8 yards per carry, which is the third-most in the league. With Myles Gaskin out due to COVID, I think Washington will step up in a big way, with the added motivation that he’s playing against his former team. He is expected to get the most carries out of Miami’s backfield, and should have opportunities to score.