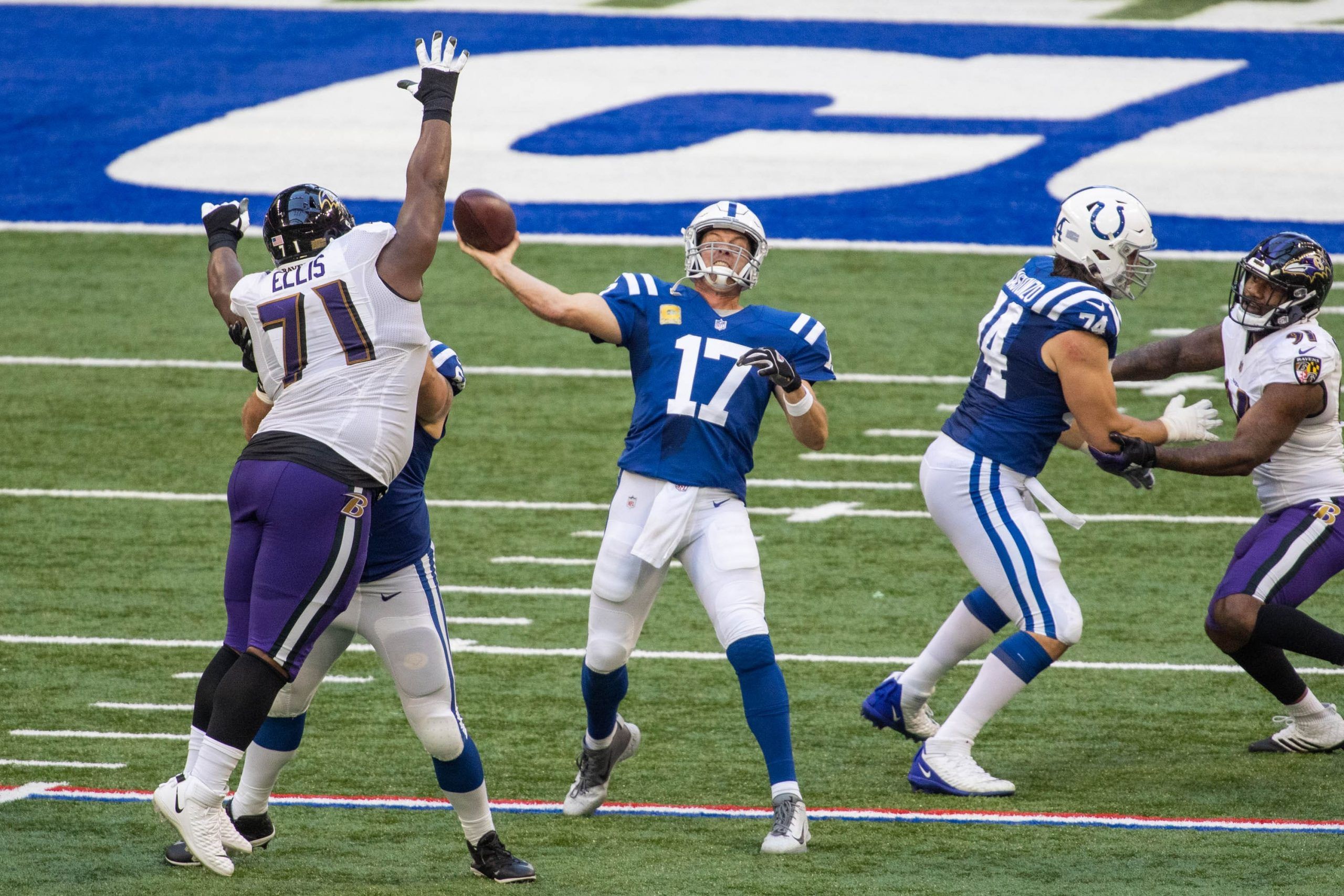 The Week 10 NFL slate will kick off with an AFC South showdown on Thursday Night Football as the Tennessee Titans host the Indianapolis Colts. First place is on the line here as Ryan Tannehill and Philip Rivers do battle. The Colts are coming off a tough loss to the Ravens, while Tennessee picked up an ugly win over Chicago.

I think this is an underrated matchup, and I’m super excited for this one. To make it even more interesting, we’ve got a same game parlay for you with a potentially huge payout. A same game parlay with FanDuel or PointsBet offers bettors the chance for a huge payout and enhances the excitement of this primetime clash. You can check out our full preview of the game, which features picks on the side and total, as well as our other picks for Week 10.

A couple of these picks are highly correlated, and throwing in the under gets a huge increase in the odds. Considering we certainly don’t need a shootout to cash these props, I think there’s a lot of value here. Let’s break them down one by one.

I think the Colts are one of the league’s more underrated teams, and it wouldn’t surprise me at all if they won this one going away. They lost to the Ravens last week, but that game was misleading. Indy was driving and on the verge of going up 14-0 before a huge scoop and score the other way completely swung the game. The Titans on the other hand didn’t play very well against the Bears, and only won because Chicago can’t seem to score on anybody these days. Ryan Tannehill has quietly been off for three weeks in a row now, and he even struggled against a Bengals defense that Philip Rivers just torched.

Tennessee is missing star left tackle Taylor Lewan right now, and his absence will be felt here. Darius Leonard is arguably the league’s best linebacker, and together with All-Pro defensive tackle DeForest Buckner I think they’ll be able to mostly shut down Derrick Henry. Rivers has had a ton of success against weak defenses, and this Tennessee unit certainly qualifies as weak.

Obviously Rivers having a good game correlates heavily with this alternate spread. Rivers struggles under pressure sometimes, but he is still elite when he has a clean pocket to throw from. Fortunately, the Titans have one of the worst pass-rushes in the league. They have only ten sacks on the season, just two ahead of last place in the league. When Rivers was just as comfortable against Cincinnati he nearly cleared this total in the second quarter alone and finished with 371 yards.

Tennessee’s secondary has been struggling, and they’re really missing Adoree’ Jackson, who isn’t quite ready to return from his injury for this one. A veteran like Rivers will be able to dissect this unit, and I’m expecting him to go for 300+ here. He’ll also be getting back top wideout T.Y. Hilton, who was absent from the Baltimore game due to a groin injury.

How far can he take the Colts?

The Colts’ secondary plays somewhat of a bend but don’t break style of defense, which allows a lot of easy completions to be racked up. I expect Brown to be on the receiving end of many of those. He’s already the clear top option in this offense, and the fact that slot receiver Adam Humphries is going to miss this one should only increase his target share. The Colts don’t have a shutdown number one corner who can shadow elite receivers, and Brown has now topped 100 yards in two of his past three games. Tannehill will be locked onto him from the get-go, and he won’t have any trouble cracking 70 here.

None of the props I just listed above mean this game is going to be especially high scoring. If the Colts have success here and win this game by at least a touchdown, then it likely means their defense played very well and held the Titans to field goals. Indy likes to play at a fairly slow pace themselves, so don’t expect a shootout here. Especially not in a division rivalry game with first place on the line. The Colts’ defense just completely shutdown Lamar Jackson and the Ravens’ rushing attack, so I think they’re pretty well-equipped to slow down Henry.