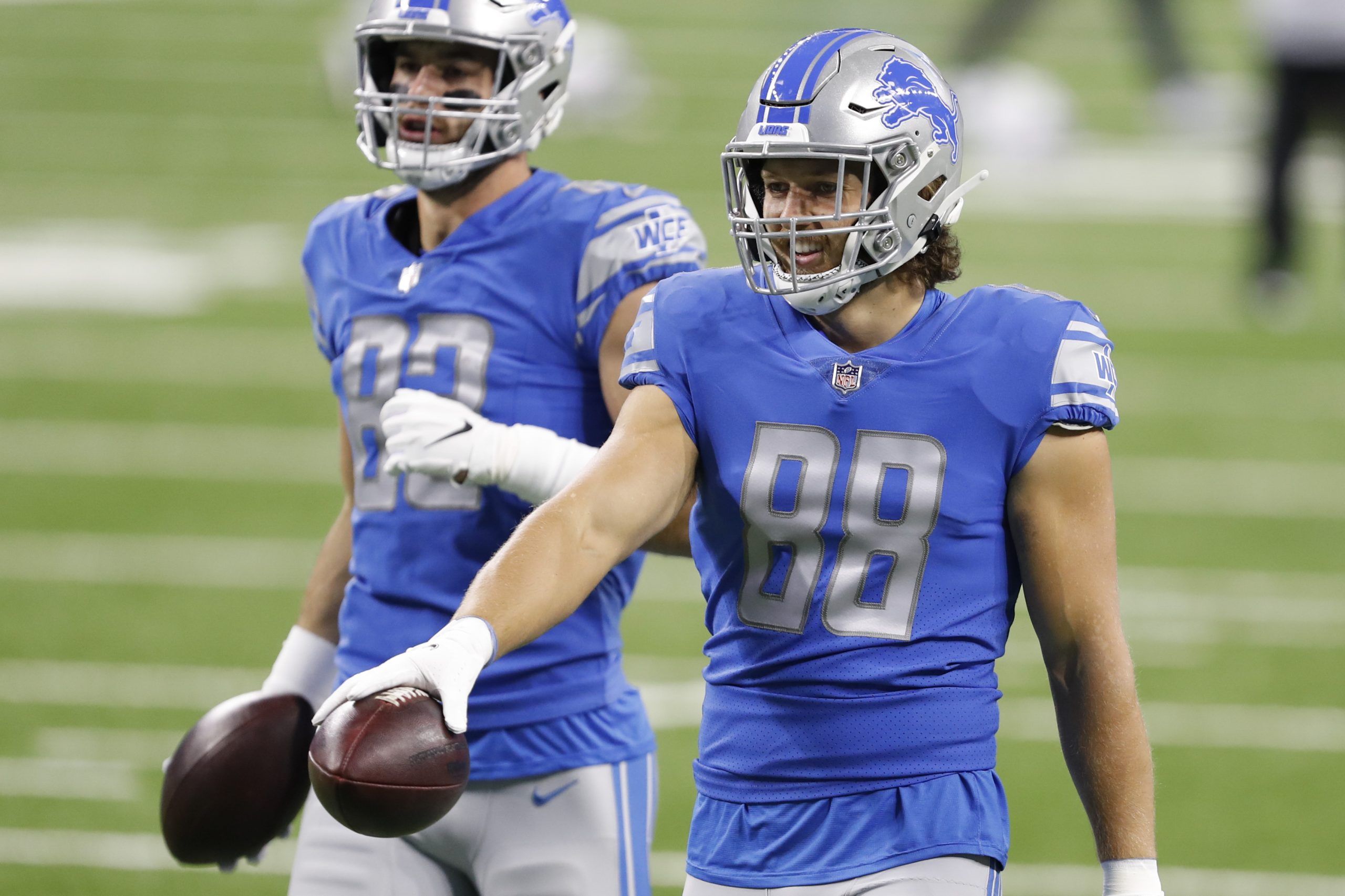 I'm an editor here at Pickswise who was raised in a household full of sports fanatics. Since I unfortunately never had LeBron James' jumping ability I wasn't able to make it to the NBA, and chose writing about sports as the next best thing. An avid sports bettor myself, I'm excited to get to write about the industry as it gets set to take off across the country. Buckle up.
Updated: 4:56 AM ET November 26, 2020

The Thanksgiving NFL slate will kickoff with a matchup between two down on their luck teams as the Detroit Lions host the Houston Texans. Houston is coming off a win they desperately needed over the Patriots, while the Lions just got embarrassed by the Panthers.

It’s not exactly a marquee matchup, but there are still a bunch of interesting storylines in this game, including the familiarity between head coaches Matt Patricia and Romeo Crennel, who spent time in New England together. We’ve got plenty of thoughts on the side and total, which you can read in our game preview, but right now we’ll be talking about a same game parlay. Same game parlays from sportsbooks like FanDuel offer the possibility of some huge payouts while stacking correlated plays together.

I expect Detroit to win this one, which correlates nicely with the Hockenson and Jones plays. Then by throwing in the under we get a huge odds boost, when I don’t think it conflicts all that much with the other three plays.

I think it’s a bit ridiculous for Detroit to be a three-point underdog here at home. That would correlate to the Texans being a favorite of over a touchdown if this game were in Houston, which is absurd. There’s a lot of value in this number, as oddsmakers have overreacted to one week’s worth of results after the Lions got shut out and Houston beat a terrible Pats team. This is a perfect buy-low sell spot, and I think the Lions are a lot better than most people realize.

It also looks like they may get D’Andre Swift back from injury, which would be huge for the offense especially considering the Texans’ main weakness is their run defense. If the Lions can get Swift or Kerryon Johnson going on the ground, they’re going to win this one easily.

T.J. Hockenson to score a touchdown

If the Lions win this game, there’s a very good chance that Hockenson finds the endzone. He hasn’t scored the past two weeks, but he had a touchdown in four of his five games before that. Even last week when the Lions didn’t score a single point, he still had 68 yards, and his volume is consistent. Matthew Stafford is always looking for him in the redzone, and I like his matchup here as I don’t think any of the Texans’ linebackers can guard him in space.

Jones should also be in for a big day here. While Swift may return, receivers Kenny Golladay and Danny Amendola are both going to miss the game, making Jones the top receiver in this offense. He had 51 yards last week, but again that was a game where Detroit got shut out and Stafford finished with only 178. The passing game will obviously be better than that here, and the week before Jones had 10 targets and 96 yards against Washington. He should get a lot of looks here as well, and as a deep threat he could easily cash this over on just a couple of cashes. He’s got a reception of at least 21 yards in four of his last five games.

Just for throwing in this under we get a huge boost in the odds, when we certainly don’t need a shootout just for Jones to crack 60 yards and Hockenson to score a touchdown. It got lost in their shutout defeat, but Detroit’s defense quietly played very well against Carolina last week. The Texans’ offense only had so much success last week because they got to play New England’s sieve of a pass defense without Stephon Gilmore, and even then there were only 47 total points scored in that game. Deshaun Watson had all day to throw there, and that won’t be the case here against an improved Lions pass-rush that now has Everson Griffen helping get pressure.