Once a journeyman, Mostert holds the key to Super Bowl 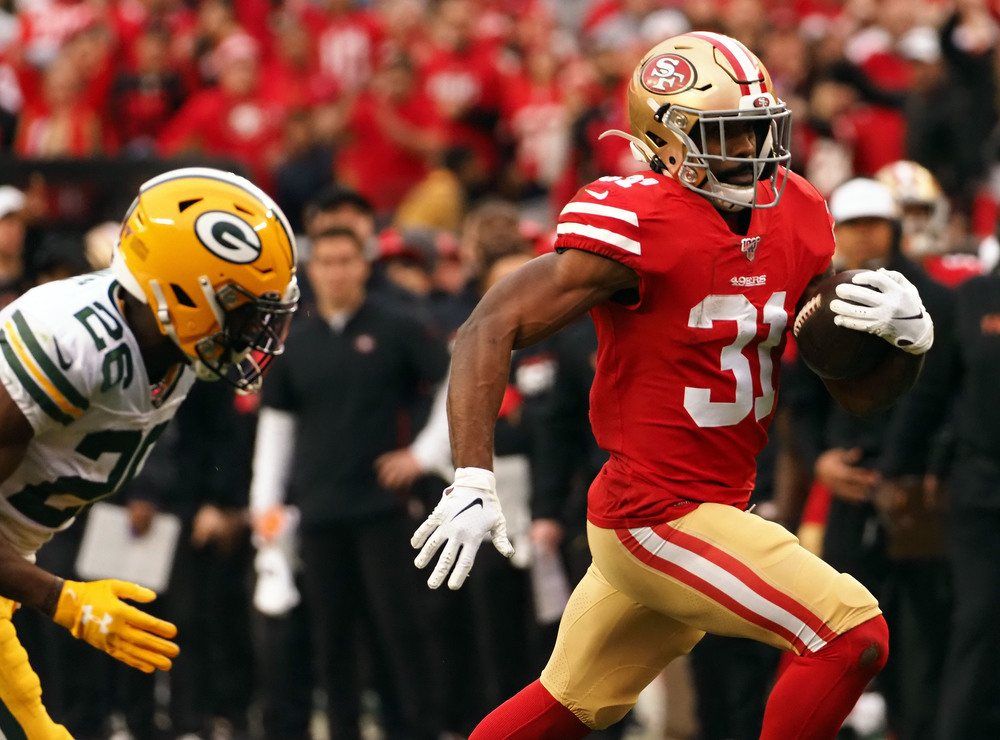 Raheem Mostert—yes, Raheem Mostert—could be the most important person on the field in a Super Bowl. You cannot make this stuff up, folks.

That’s not to say that Mostert is the best player or will be the best player when his San Francisco 49ers go up against the Kansas City Chiefs in Super Bowl LIV on Sunday (check out our free expert picks). But you can make a real argument that he is the 49ers’ x-factor in their effort to pull off what be the most minor of minor upsets (the Chiefs are -1 favorites).

It is safe to assume that San Francisco will not be able to fully stop Kansas City’s high-powered offense. Can the NFC champions at least contain Patrick Mahomes and company? If so, the 49ers’ best bet is probably to keep Mahomes off the field altogether—at least for as long as possible. After all, the third-year quarterback out of Texas Tech earned NFL MVP honors in 2018 and this season he once against surpassed the 4,000-yard mark through the air while throwing 26 touchdown passes compared to just five interceptions. Through two playoff outings (both comebacks from double-digit deficits), Mahomes has passed for 615 and eight scores without getting picked off.

So, yeah, it is in the Niners’ interest to win the time-of-possession battle.

They can do it with Mostert, who had been a true journeyman in the NFL prior to this season. The 27-year-old bounced around with five different franchises between 2015 and 2016 and heading into the 2019 campaign he had scored a grand total of one career touchdown. With 297 rushing yards in four previous seasons, Mostert erupted to the tune of 772 yards and eight TDs on 137 attempts (5.6 average). He also scored two receiving touchdowns.

If Mostert continues to run the ball well, San Francisco can run the clock and limit Mahomes’ possessions.

Host with the Most

That is exactly what the 49ers did to Aaron Rodgers and the visiting Packers in a 37-20 NFC Championship rout. In fact, quarterback Jimmy Garoppolo attempted only eight passes—completing six of them for 77 yards without a touchdown or interception.

Instead, Jan. 19 marked Mostert’s true coming out party. The Purdue product got 29 carriers and turned them into an amazing 220 yards and four touchdowns. As a team, San Francisco rushed 42 times for 285 yards.

“I finally have a place to call home,” Mostert said following the emphatic defeat of Green Bay.

He may be taking the Lombardi Trophy to that home in the very near future, and perhaps even the Super Bowl MVP award.