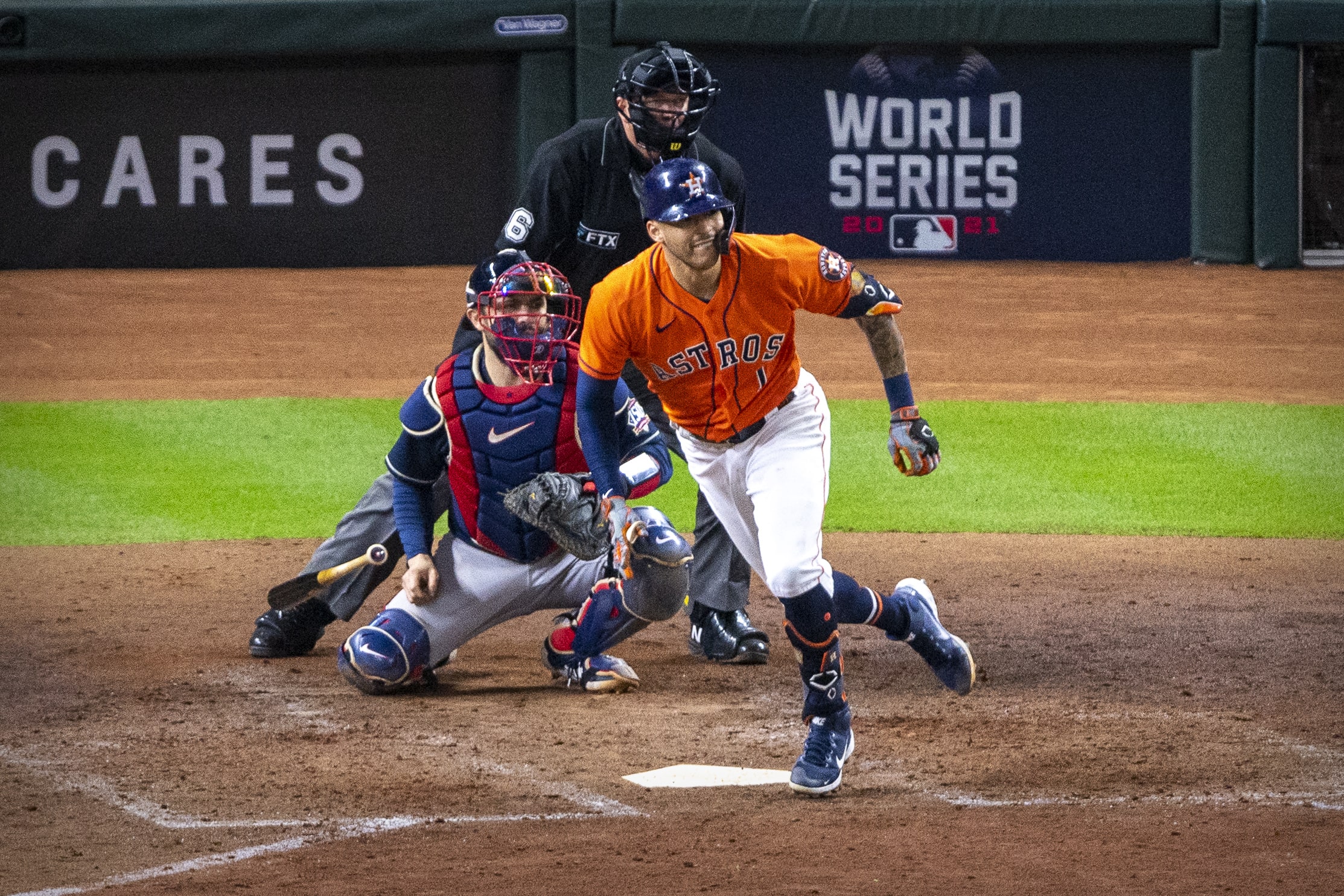 The Braves are back in the lead of the World Series after a 2-0 home win in Game 3 on Friday. We can’t wait for Game 4, and here at Pickswise we’ve got a ton of great content coming. Most notably our full game preview with a free pick on the side and total.

Be sure to also check out our MLB news tab, where you’ll find the Game 4 same game parlay and our best prop bet.

Meanwhile, we’ve also assembled a roundtable of three of our leading MLB experts. Nick Galaida, Nick Musial and Keith Schmelter all crushed their handicapping this season, and now we’re bringing them together for one last ride. Welcome to the Pickswise World Series roundtable.

For every game of the series, all three experts will be providing a best bet. Without further ado, let’s dive in for Game 4:

Simply put, Correa has too smooth of a swing to be held quiet in Game 4. Given Correa’s current price (+110) to record 2+ bases in comparison to other players, it certainly warrants a wager. Correa enters Game 4 with only 1 hit in 10 at-bats but always makes the opposing pitcher work to get him out.

Correa’s swing allows him to hit the ball to all fields, an indication of a true hitter. Regardless of who is on the mound for Atlanta, I think we’re in for a special performance from the soon-to-be free agent SS. Back Correa to record 2+ total bases from hits at a less than 50% implied probability.

Zack Greinke has allowed 21 runs in his last 14.1 innings and he will be opposed by the rookie Dylan Lee, who will be making his first career start. Greinke’s high-80s fastball won’t be fooling the Atlanta hitters and he will have to rely on his changeup and curveball for whiffs.

Both offenses have an excellent top of the order which should be able to do some damage early in the game, so it wouldn’t be surprising to see 5 or more runs rather quickly. Continue to fade Greinke and Lee until they prove themselves and take the first 5 innings over 4.5 runs.

Both the Houston Astros and the Atlanta Braves hit the ball extremely well during their respective League Championship Series matchup. Game 1 and Game 2 of the World Series resulted in 8 and 9 runs, respectively, for the final game totals. However, the trip to Truist Park last night in the cold weather evidently made it difficult to do much damage at the plate. At first pitch tonight, the temperature is once again forecasted to be in the mid-50s. Zack Greinke has been poor in a limited sample size this October, posting a 7.71 ERA in 2.1 innings of work. Yet, he figures to see only limited action on the mound tonight before handing things off to a Houston bullpen that has performed well in recent weeks.

Atlanta is going with a bullpen game as well, and should be able to limit the damage done by the Astros’ offense, considering that manager Brian Snitker has all of his best relief arms rested and available for today’s contest. Take the under.