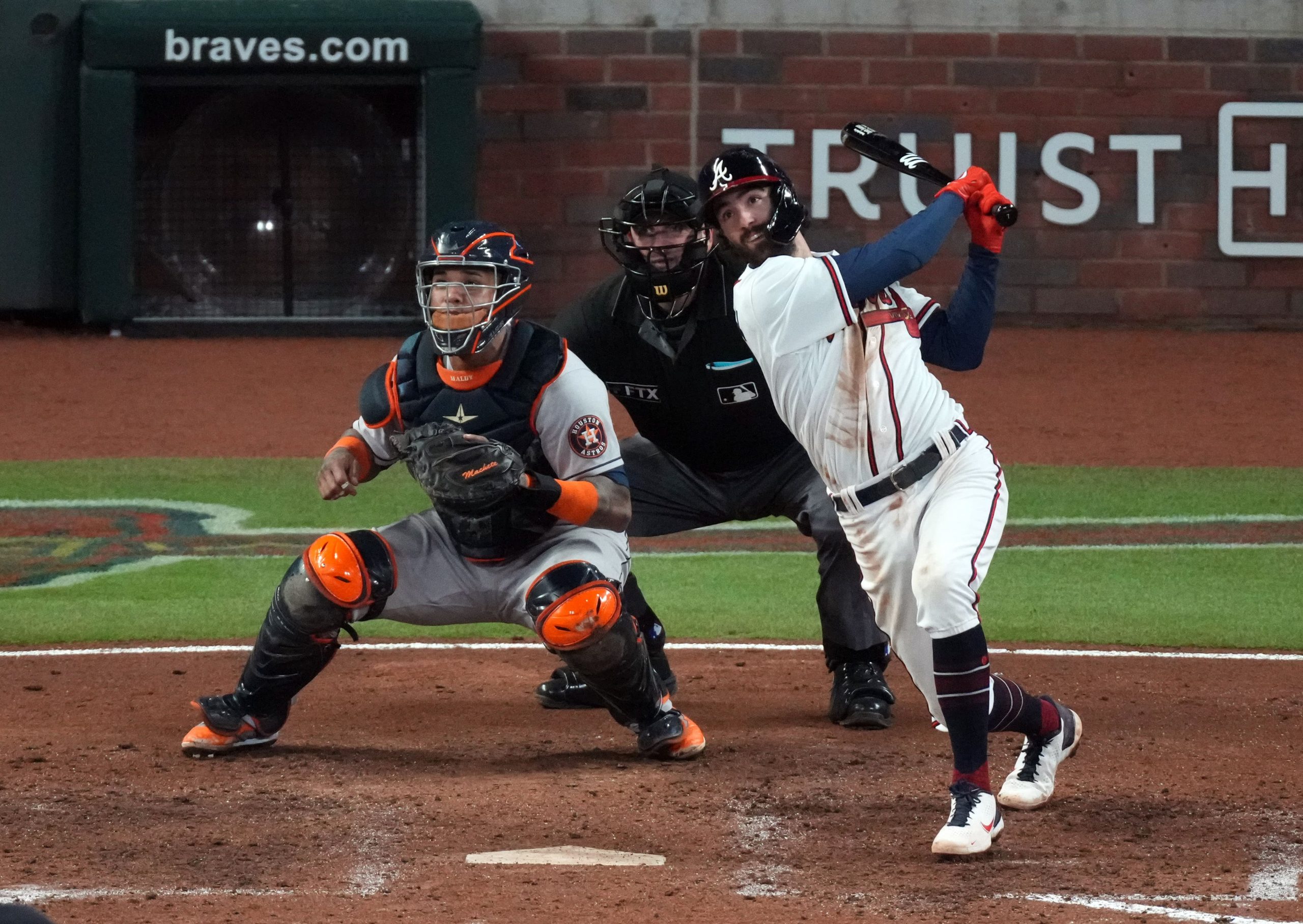 The Braves are on the brink of winning the World Series after going 3-1 up with a 3-2 win in Game 4 on Saturday. We can’t wait for Game 5, and here at Pickswise we’ve got a ton of great content. Most notably our full game preview with a free pick on the side and total.

Be sure to also check out our MLB news tab, where you’ll find the Game 5 same game parlay and our best prop bet.

Meanwhile, we’ve also assembled a roundtable of three of our leading MLB experts. Nick Galaida, Nick Musial and Keith Schmelter all crushed their handicapping this season, and now we’re bringing them together for one last ride. Welcome to the Pickswise World Series roundtable.

For every game of the series, all three experts will be providing a best bet. Without further ado, let’s dive in for Game 5:

With the current odds at a near pick ’em price, Houston has what it takes to send this series back to Minute Maid Park for a Game 6. Atlanta’s starting rotation has and bullpen (3.25 ERA) have been near-perfect all series, but will they be able to quiet Houston’s bats in what projects to be another bullpen game?

Houston’s offense was unable to get the clutch hit in Game 4, going 0-8 with RISP and leaving 11 men on base. The fact Houston is able to get ample runners in scoring position will work itself out, leading to some sustained offense for the Astros on Sunday night. Valdez and the Astros bullpen will do enough in limiting Atlanta’s offensive output. Back the Astros to salvage a game in Atlanta.

At plus odds, it’s hard to pass up the Braves. They have all the momentum and can win the World Series with a win at home tonight. The Atlanta offense has been excellent in this series with a .250 batting average and a .752 OPS, which are both drastically better than Houston’s.

Framber Valdez gets the start for the Astros in a win-or-go-home game, which puts a lot of pressure on the 27-year-old who was shelled in his last outing against the Braves. Valdez lasted only 2 innings in Game 1 and allowed 5 runs on 8 hits including 2 home runs. The Braves have had a magical postseason and they should win the World Series tonight.

Both the Houston Astros and the Atlanta Braves hit the ball extremely well during their respective League Championship Series matchup. Game 1 and Game 2 of the World Series resulted in 8 and 9 runs, respectively, for the final games totals. However, the market has been slow to adjust to the impact the cold weather at Truist Park has made on the game. Despite each team sending hittable pitchers to the mound in Game 3 and Game 4, Houston and Atlanta have combined for only 7 runs across 18 innings of action in the chilly, outdoor October environment.

At first pitch tonight, the temperature is once again forecasted to be in the mid-50s. Framber Valdez struggled in the series opener, but he should have a much better performance tonight against a Braves offense that ranked only 20th in OPS against southpaws during the regular season. Tucker Davidson is a lesser-known name to casual MLB fans, but he is talented enough to limit the damage done by Houston’s lineup, which has only a .588 OPS as a team
during the World Series. Take the under.