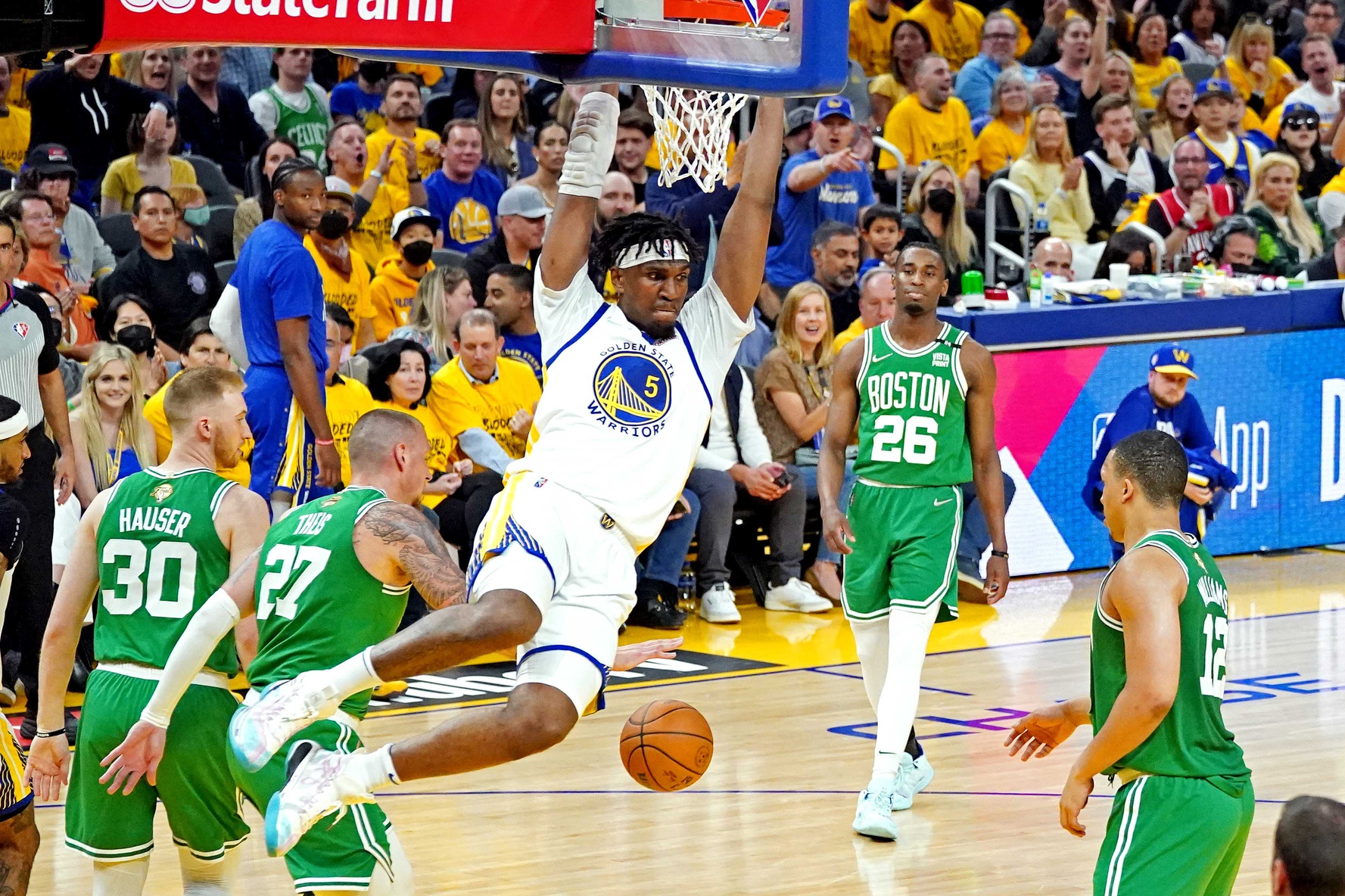 Game 3 of the NBA Finals has arrived as we head to Boston for the Celtics to host the Warriors. With the series tied at 1-1, this is a pivotal matchup for both teams. The Celtics know a win here means they only have to continue winning at the TD Garden in order to be crowned NBA champions. However, if the Warriors are able to steal a win on the road then the same will apply to them. It will also evaporate Boston’s early series lead.

Given the high stakes of this matchup, it’s only fair that we get the best opinions from the best experts about what will happen to help inform your betting decisions. Well, thankfully Pickswise has done just that! We have the best bets from five of the sharpest NBA minds in the world for Game 3, including 2008 NBA champ Brian Scalabrine and props expert JutPicks!

The recipe for betting the Warriors is tailing their role players. Boston is a switching team, and the way to beat that kind of defense is with slashing to the basket. Kevon Looney, Gary Payton II and Otto Porter Jr. are more than capable of stepping up. If the Celtics keep switching and doing their best to lock down Stephen Curry and Klay Thompson on the perimeter, they can feed their supporting cast. Looney over 6.5 points (-130 at DraftKings) is intriguing, but it’s not my absolute favorite play.

If you like the Celtics, as I do, the prop to hammer is Tatum’s assists. When the ball is moving, Tatum is distributing and turnovers are being minimized, the C’s are at their best. Ball movement and also taking care of the ball are the big key to Boston’s success. Tatum went 3-for-17 from the floor in Game 1 (12 points) but actually played well (13 assists and only 2 turnovers). He went 8-for-19 in Game 2 (28 points) and didn’t play well at all (4 turnovers, assists, -36). Tatum and the team as a whole need to get back to doing what got them to this point. Over 5.5 assists for him on Wednesday (+115 at DraftKings) has great value, especially if you correlate it with a Boston win and/or cover.

We were hooked on this in Game 1, but Curry is bound to break out with the 20 rebound-and-assist chances he saw in the first two games of the NBA Finals. In Game 1, Curry had 5 rebounds and assists through the first quarter then couldn’t seem to snag another rebound or dish out an assist during the rest of the game. In Game 2, Curry again had 10 rebounds and assists while only playing 32 minutes. Game 3, in the TD Garden with a rocking atmosphere, should be just what Curry needs to have a stat-sheet-stuffing game. He has gone over this line 10 of 18 playoff games and 7 of 9 when playing at least 35 minutes.

Jordan Poole has been a consistent secondary scorer for the Warriors this postseason. He has averaged 21 points per game vs. Denver, 17 points per game vs. Memphis and 16 points per game vs. Dallas. If Poole plays 30 minutes, he should have very little struggle eclipsing this total. He has failed to get over this number just six times in 18 playoff games so far. Poole’s three-point shooting will be critical. His total three-pointers made is set at 1.5 but juiced very heavily to the over. Poole will certainly take his shots when they become available, so the opportunities will be there.

In 20 playoff games the Celtics are allowing just 101.7 points, which puts them behind only the Heat for the best defensive numbers this postseason. Although the Warriors have scored 108 and 107 in the first two games of the series, scoring at TD Garden will be much more difficult for head coach Steve Kerr’s men. Curry has been the only consistent scoring threat so far in the series, while Andrew Wiggins and Jordan Poole have provided sparks here and there. Klay Thompson is still struggling to find his rhythm; I’m not sure it will happen in a hostile environment in Game 3.

The Celtics had a dominant 6-minute stretch over the first 2 games, with the Warriors looking a lot more comfortable over the remaining 90. I can see that continuing in Boston, with the visitors regaining control of the series. The Celtics are just 5-4 at home during this postseason and it could get worse on Wednesday. Tatum is shooting worse than 30% from the field in the series so far and the Warriors have the wing defenders to continue making scoring tough for him. I feel the Celtics need to score over 110 points to beat this potent Warriors offense, and it is hard to see them do that with Tatum struggling.