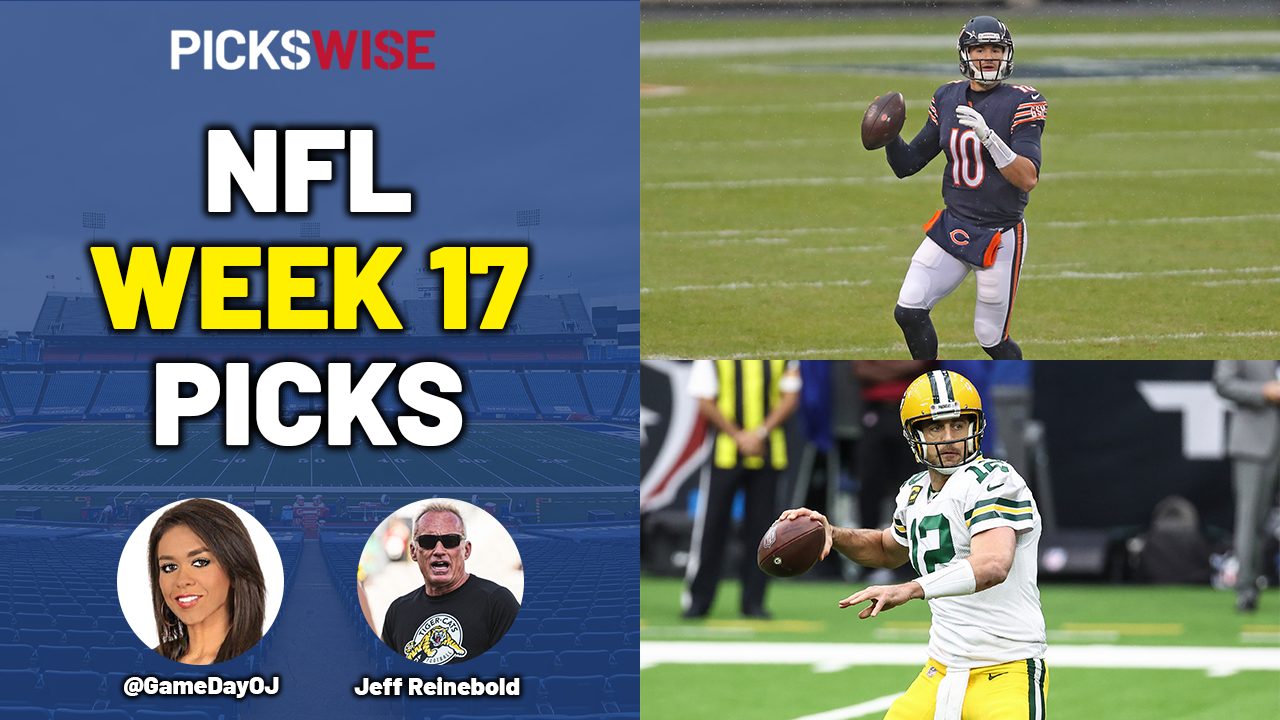 It’s Week 17 of the NFL season and we’re back with another episode of the Pickswise NFL Show! Our NFL betting preview is hosted by Rachael Van Oranje from ESPN975 radio and Jeff Reinebold, a man with over 30 years of coaching experience and a sharp eye for betting picks.

It’s hard to believe, but we’ve reached the end of the regular season. At times it looked like this campaign may not happen, and we’ve had plenty of coronavirus issues along the way, but thankfully we’re right on schedule ahead of the start of the playoffs next week.

There is still plenty to play for in the race for the postseason, and you can find out all about the individual playoff scenarios in the AFC as well as the NFC.

One of the biggest stories is who will win the ultra-competitive NFC East, with the Dallas Cowboys taking on the New York Giants. The Cowboys have won their last three games and a victory here will see them stay in the hunt for securing a playoff spot. The same applies to the Giants, but they have stalled at the wrong time with three heavy losses.

Of course, the only way the winner of that game doesn’t finish top of the NFC East is if the Washington Football Team is victorious over the Philadelphia Eagles on Sunday Night Football. Washington’s defense has been red hot this season, but issues at quarterback have seen them stumble in recent weeks. Can they bounce back and earn their first playoff appearance since 2015?

Meanwhile, the Chicago Bears host the Green Bay Packers with both teams having something to play for. A win will see the Bears reach the playoffs as a wildcard, while the Packers know that victory will secure them the #1 seed and home-field advantage in the NFC. Who will come out on top at Soldier Field?

The other two teams in wildcard contention are the NFC West’s Los Angeles Rams and Arizona Cardinals, who face off knowing that a win will assure them of football in mid-January.

Over in the AFC, the Dolphins, Colts, Titans, Browns, and Ravens are all locked up at 10-5, but only four of those five times can reach the playoffs. They all have separate matchups, and as it stands it is Indianapolis who is on the outside looking in. Will all five of them win, or will someone slip up at the worst possible moment?

Along with the NFL previews for the biggest games, Rachael and Jeff provide us with their Pickswise parlay of the week.  They also give their best underdog bets, a team they fancy to upset the odds, and Jeff once again was on the money last week with the San Francisco 49ers against the Cardinals. He now has a phenomenal 11-5 record with his underdogs for the season.

As always, you can also read our expert previews for every Week 17 game in the NFL.