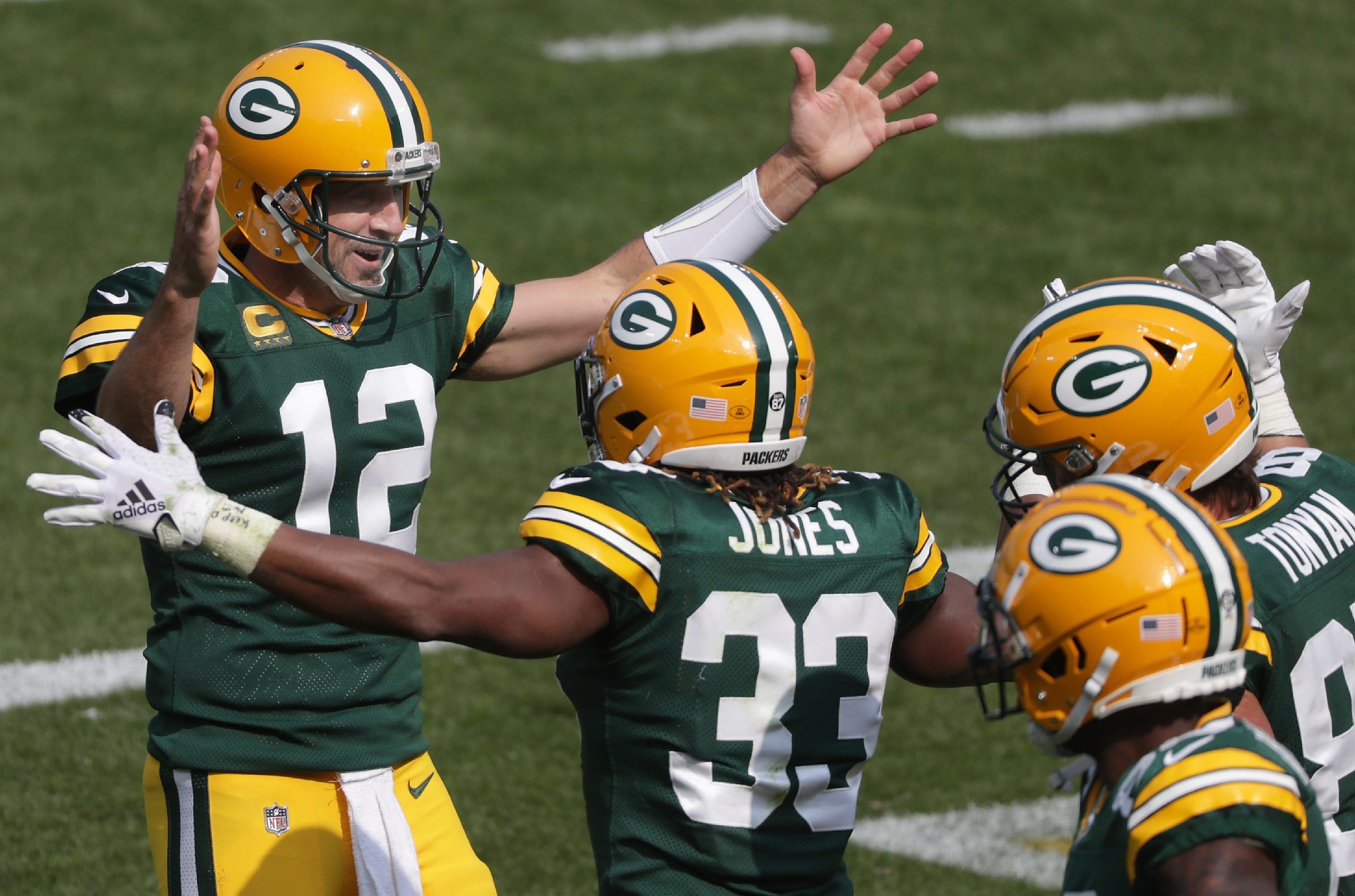 One of the marquee matchups in Week 6 pits the Green Bay Packers against the Tampa Bay Buccaneers. Green Bay goes in undefeated at 4-0, while Tampa Bay is 3-2 and tied atop the NFC South with New Orleans and Carolina.

FanDuel is offering same-game parlays, which is great because you can package props that are highly correlated together in a single bet. Let’s dive into our favorite such parlay for this matchup, which has the potential for a big payout. You can also check out our full preview of the game, including ATS and O/U picks.

See what we mean by “highly correlated”? We are backing the Pack to win and to do so with their offense, which means quarterback Aaron Rodgers should be in line for another big game. He can spread the wealth to all kinds of weapons such as Aaron Jones and Marquez Valdes-Scantling. If those two guys rack up yards, it would obviously help the Packers’ cause in terms of scoring at least 28 points and covering the -1 spread.

If not for Russell Wilson, Rodgers would be close to the top of the NFL MVP discussion. Through four games, he has thrown for 1214 yards with 13 touchdowns and zero interceptions. Meanwhile, Tom Brady and the Buccaneers have been up and down. They lost their opener to New Orleans and are now coming off a 20-19 setback against Chicago. Tampa Bay is playing on a long week because it took the field last Thursday, but Green Bay has enjoyed even more rest because it had a bye in Week 5. As such, the visitors have gotten healthy. Receiver Davante Adams (hamstring), defensive tackle Kenny Clark (groin), and outside linebacker Rashan Gary (ankle) are all expected to return.

With help from Jones and a deep stable of pass-catchers, Rodgers has his team-leading the league–with room to spare–at 38.0 ppg. Another unsurprising statistic is that the Packers also lead the NFL in yards per play at 6.8, so it is no fluke that they are putting up points with apparent ease. Tampa Bay has twice surrendered more than 30 points (to the Saints and Rams), and cornerback Carlton Davis (abdomen) is questionable along with safety Jordan Whitehead (knee). A well-rested Green Bay squad is more than capable of victimizing a depleted secondary.

Jones has been doing it all for the Packers, both running the ball and catching it out of the backfield. He could do damage in both departments on Sunday, but we feel good about the number of his carries because we expect Green Bay to be playing from ahead. If Jones can tote the rock between 18 and 20 times, even a mediocre rushing performance would take him over this total. Jones has exceeded this number in all four games this season, so there is no reason to think he will fall short against Tampa Bay. Against Detroit in Week 2, the 25-year-old rolled to 168 yards.

Davante Adams is back for the Packers, but that could actually work in Valdes-Scantling’s favor. In fact, with the Buccaneers’ secondary depleted he could be going up against their third cornerback on Sunday. MVS has been targeted at least six times in three of four games during the 2020 campaign and amassed at least 45 yards in all three of those contests. Against the Falcons in Week 4 he caught four of eight targets for 45 yards. Something at least that good should be anticipated at Tampa Bay’s expense.