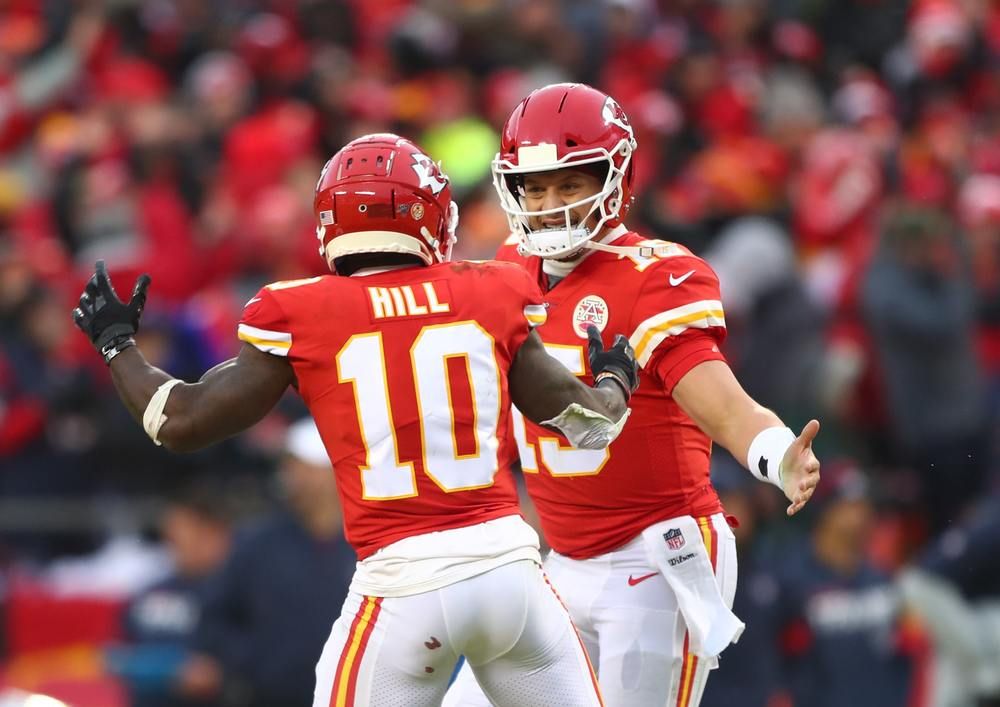 Since graduating from Davidson (The College That Stephen Curry Built), I have been writing about sports--just about any and all you can think of!--and coaching tennis in Atlanta, Ga. Beyond the four major sports, I am an avid tennis fan and cover the ATP Tour on a daily basis. If I'm not busy writing, you can generally find me on a tennis court or traveling the world wherever a sporting event takes me.
@Dimonator133
Updated: 19:35 PM ET October 18, 2020

You will once again be doubling your pleasure at the beginning of a week, as the rescheduled Kansas City Chiefs vs. Buffalo Bills showdown precedes the regular Monday Night Football programming (Arizona Cardinals vs. Dallas Cowboys). And hopefully you will be doubling your fun, as well. By “fun” we obviously mean profits.

One way to do that is through same-game parlays, a new feature that offers the potential for a big payout. Let’s take a look at the best such option in this Monday evening’s clash between Kansas City and Buffalo. You can also check out our full preview of the game, including picks on the side and total.

The value of same-game parlays, of course, is that all four components of it can be correlated if you so choose. That’s the plan for this particularly play, as we feel good about the Chiefs taking care of business on Monday and doing so by scoring a lot of points. If Patrick Mahomes and Mecole Hardman turn in big performances, you can expect Kansas City to light up the scoreboard and cover the spread—even a teased-up spread, in fact.

Even with the standard spread you are still giving more than a field goal when taking the Chiefs (-3.5). The next key number we deal with is a touchdown (-7) so there may not be too much danger in teasing the line up three points. And even -6.5 is a line Kansas City should cover. The defending Super Bowl champions are coming off a 40-32 home loss to Las Vegas, but they will treat it as a wake-up call and be ready to go for this one. Buffalo, meanwhile, got blown out by Tennessee 42-16 on Tuesday and is playing on two fewer days of rest. The Bills’ defense looks far worse than everyone expected heading into this season, and that certainly isn’t a good thing in advance of a matchup with the high-powered Chiefs.

Prior to the start of Week 6, the Bills had given up the fifth-most points in the AFC. That is especially alarming for a defensive unit that was supposed to be one of the best in the conference. Three of five opponents have reached the 28-point mark, and none feature an offense that is anywhere close to what Mahomes and company bring to the table. Although Sammy Watkins is sidelined, the 2018 NFL MVP still has more than enough weapons at his disposal—namely Clyde Edwards-Helaire, Travis Kelce, Tyreek Hill, and Mecole Hardman.

Everyone knows that Mahomes is one of the most dangerous quarterbacks with his feet in the NFL. Heck, he is probably the most dangerous quarterback period. But for the purpose of this bet we are talking about feet right now. Since putting up a goose-egg on the ground in Week 1, Mahomes has rushed for more than 20 yards in four consecutive contests. He has gained at least 26 yards on three occasions, including 54 against the Chargers in Week 2. The 25-year-old should be able to run circles around a struggling Bills defense, even if it’s on just a handful of quarterback keepers.

Hardman has scored in two of the last three games, and those came when Watkins was on field. Now Watkins is out, which opens the door for Hardman to feature as one of Mahomes’ main weapons on Monday. The former Georgia star has been targeted 13 times in the past three weeks, a stretch that includes an 81-yard, one-touchdown performance against the Ravens. He will likely get even more touches and find even more success against a vulnerable Buffalo defense.