Since graduating from Davidson (The College That Stephen Curry Built), I have been writing about sports -- just about any and all you can think of! -- and coaching tennis in Atlanta, GA. Beyond the four major sports, I am an avid tennis fan and cover the ATP Tour on a daily basis. If I'm not busy writing, you can generally find me on a tennis court or traveling the world wherever a sporting event takes me.
@Dimonator133
Updated: 11:01 AM ET April 24, 2021

We have an eight-game slate in the NBA on Saturday, headlined by a trio on national television that features the Toronto Raptors, New York Knicks, Philadelphia 76ers, Milwaukee Bucks, Los Angeles Lakers, and Dallas Mavericks. One of those games is part of our mega parlay. Let’s take a look.

Here is our best four-team parlay option for today’s schedule.

For this parlay we mix in two favorites against the spread, one underdog and the points, and one ‘dog on the money line. Let’s break down each of the four legs one by one.

The Pacers were able to pull off a hard-fought 122-116 win over the Thunder in their most recent outing, but that result isn’t anything to write home about and they aren’t in great form at the moment. Now they likely face another difficult test, mainly because of their own issues. Indiana is severely short on big men, with Domantas Sabonis and Myles Turner already ruled out for tonight’s game and backup Goga Bitadze listed as questionable. Meanwhile, Detroit should see the return of Jerami Grant and Mason Plumlee; both were rested for their game against the Spurs. Cory Joseph may be available, as well, which could be a huge boost for the bench considering he scored 24 points in his last outing against Dallas. The main challenge for Detroit will be to slow down the pair of Malcolm Brogdon and Caris LaVert. Wayne Ellington will also provide them with a threat from deep that they did not have against the Spurs. An almost healthy Pistons teams could provide a tough challenge to the Pacers.

The Bulls got a win in their last game against Charlotte. They are by no means a great team, but Miami is another vulnerable opponent. The Heat had won and covered in three straight games prior to Friday’s loss to Atlanta, but victories over a sinking San Antonio squad and a terrible Houston team were far from impressive. Head coach Erik Spoelstra’s club is sporadic at best on offense. Defense has never been an issue, but in what will likely be a low-scoring contest the Bulls should have a good chance to emerge victorious.

In this crucial contest for Western Conference playoff positioning, the Pelicans are lucky to be playing at home—where they have a winning record this season. The Spurs may also be without DeMar DeRozan, who is dealing with a bruised quad that forced him to miss the last game against Detroit. Rudy Gay is also questionable to play due to lower-back soreness, which could be a massive miss for the Spurs’ second unit. Steven Adams is listed as day-to-day for the Pelicans, but all reports indicate he is expected to play tonight. Regardless, Zion Williamson and Brandon Ingram are a matchup problem for San Antonio—and for most other teams. They are averaging a combined 55 points per game over the past week. 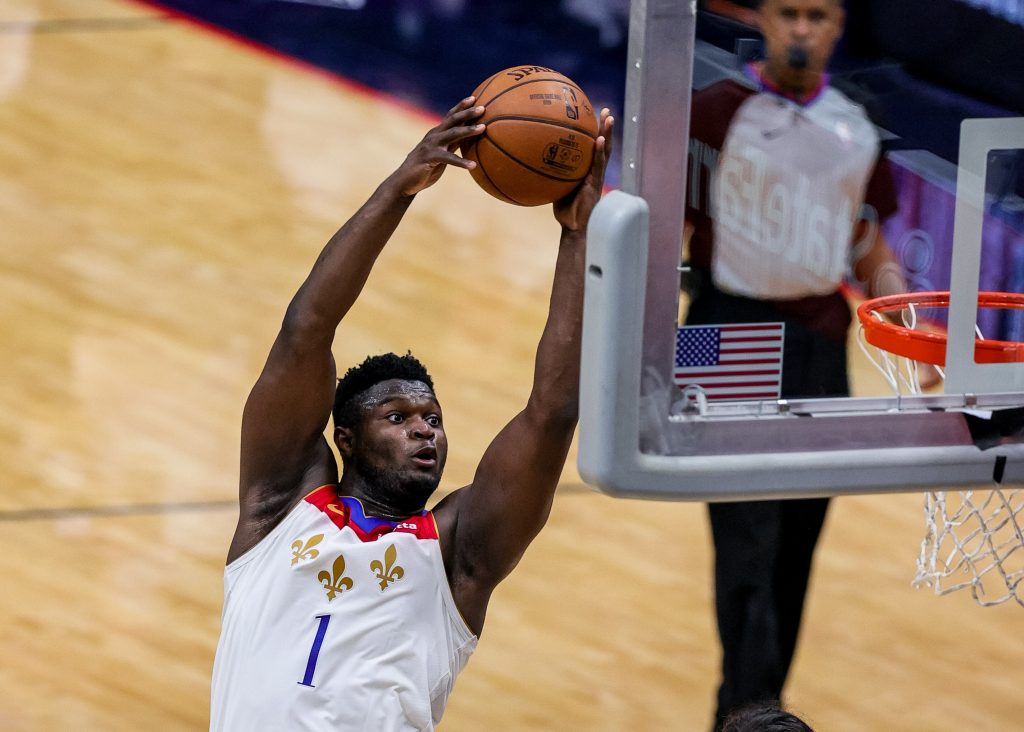 Anthony Davis is finally back, but that didn’t help the Lakers much as they fell to the Mavericks 115-110 on Thursday. Davis had only four points in 17 minutes of play, which is normal as he had not played in a couple of months. He is expected to be on a minutes restriction once again tonight, and based on that most recent performance it’s hard to see him being a major factor in this one. The Lakers have now lost three of their last four games. At 35-24, they are just 2.5 games ahead of Dallas and Portland in fifth spot in the West. Luka Doncic had yet another stellar game with 30 points, nine rebounds, and eight assists on Thursday. Kristaps Porzingis who rolled his ankle and is questionable for tonight’s game, but either way Dallas should be in good shape here. The Mavs are pretty much used to Porzingis going in and out of the lineup on a nightly basis. Given L.A.’s current state, Doncic and company can take care of business.