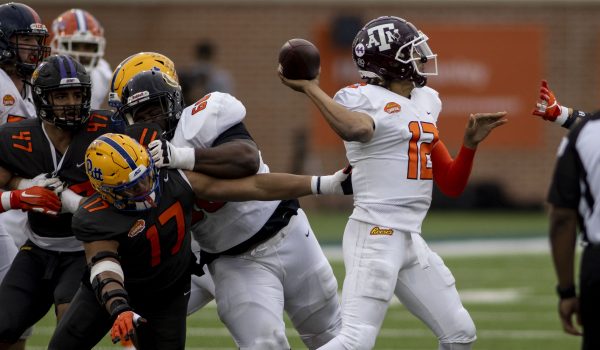 Senior Bowl weekend—both midweek practices and the game itself—was even more important than usual given the absence of the NFL Combine this year. Yes, the combine is one of 2021’s coronavirus casualties. The Senior Bowl, however, was not. It survived, held as scheduled to give players the opportunity to put a good show in front of pro scouts.

Among those who did just that were former Texas A&M quarterback Kellen Mond and former North Carolina running back Michael Carter. Mond was named MVP after completing 13 of 25 passes for 173 yards with two touchdowns and no interceptions. Although his American team lost 27-24 to the National side, it hardly mattered in the MVP voting. In a victorious effort for the Nationals, Carter carried eight times for 60 yards and a score. He also had two receptions for 15 yards.

By comparison, every other ball-carrier in the game combined for just 59 yards 39 attempts. The American team as a whole rushed 20 times for 31 yards. 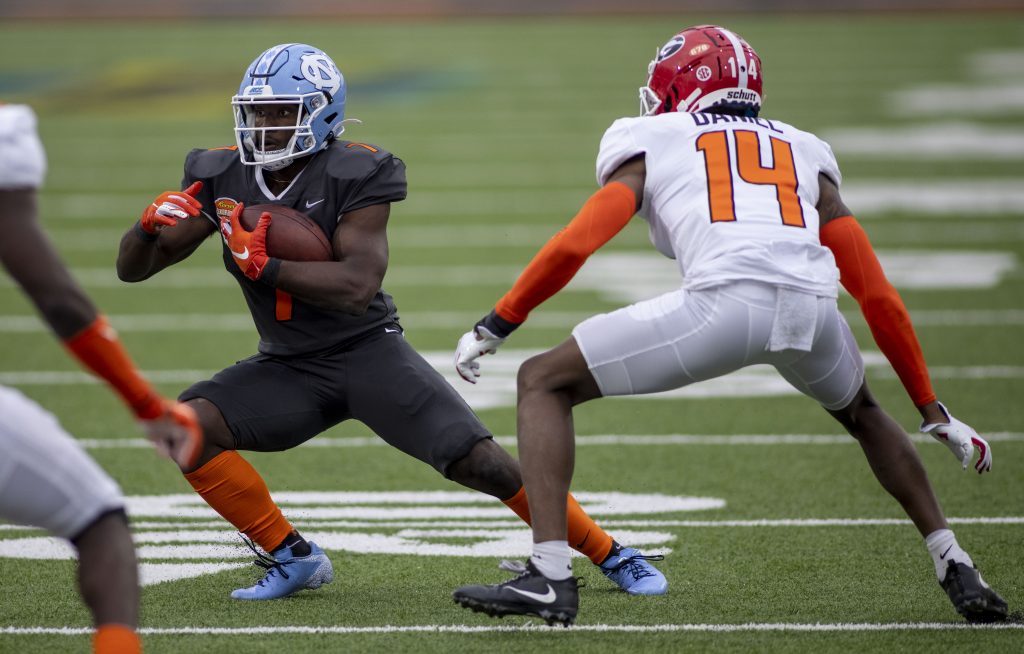 As for other quarterbacks in the game, none compared to Mond. Jamie Newman was the American’s other signal-caller and he went 10-of-14 for 118 yards with one TD and one INT. The former Wake Forest standout looked a bit flustered under pressure throughout the afternoon. Feleipe Franks, Ian Book, and Sam Ehlinger handled the duties for the National team. Franks was the most impressive, going 9-of-16 for 122 yards with one touchdown and no interceptions.

Earlier this week we took a look at several Senior Bowl prospects who can expect to fly off the board on one of the first two days, either in the first or second round.

Jones skipped the game after sustaining an ankle injury during practice earlier this week. Obviously it isn’t any kind of serious issue, but there was no reason for him to push through it and play in an exhibition game. Jones already did more than enough on the field at Alabama in 2020. He passed for 4,500 yards with 41 touchdowns and only four interceptions, finishing third in the Heisman Trophy voting (which was won by teammate DeVonta Smith).

Toney also decided to watch the festivities from the sideline, which was hardly surprising. He was reportedly one of the best players in Mobile, Ala. during midweek practices—which also isn’t surprising. Jones-to-Smith was the best connection in college football this past season, but Kyle Trask-to-Toney was right up there. Toney finished with 70 receptions for 984 yards and 10 touchdowns.

Humphrey was outstanding in practice by all accounts, and he seemed to do well enough in the game. Carter was by far the most productive running back on Saturday, finding holes behind Humphrey and the rest of the National’s offensive line. The 6’5’’, 320-pound center is in the mix to be a first-round pick. 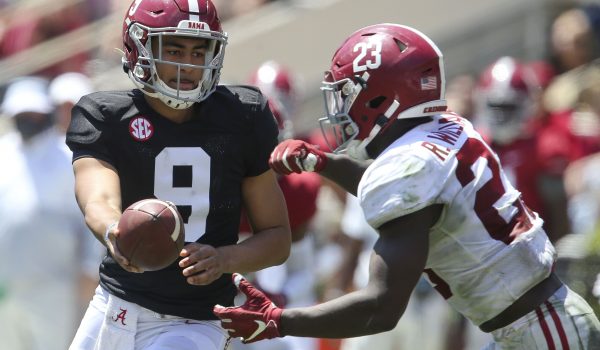 College Football 4 days ago
Five early best bets on big games in the 2021 college football season: Strike while the Iron is hot

It’s not yet college football season, but it’s coming — and soon. Will Alabama and…
View Article 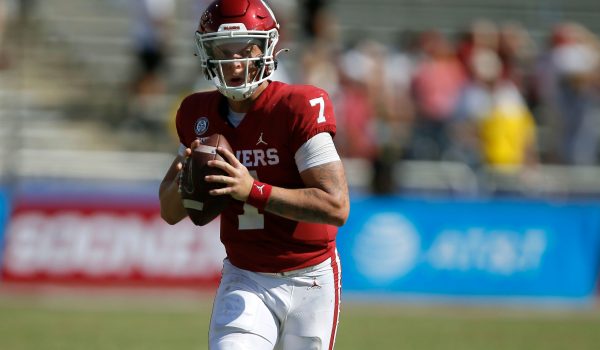 The college football season will be here before we know it, and hopefully it proves…
View Article 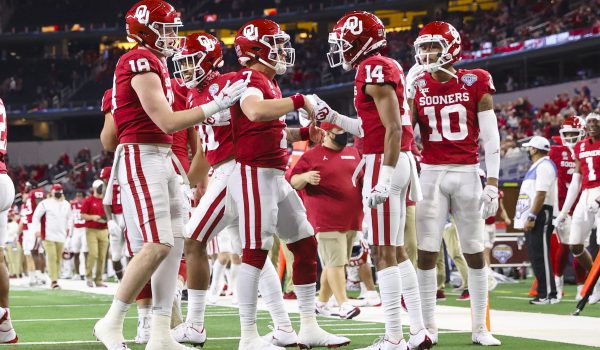 College Football 19 days ago
Looking ahead to the 2021 college football season: Odds, best bets and predictions for the National Championship

Football season is approaching, and a somewhat normal 2021 college campaign will be a welcome…
View Article