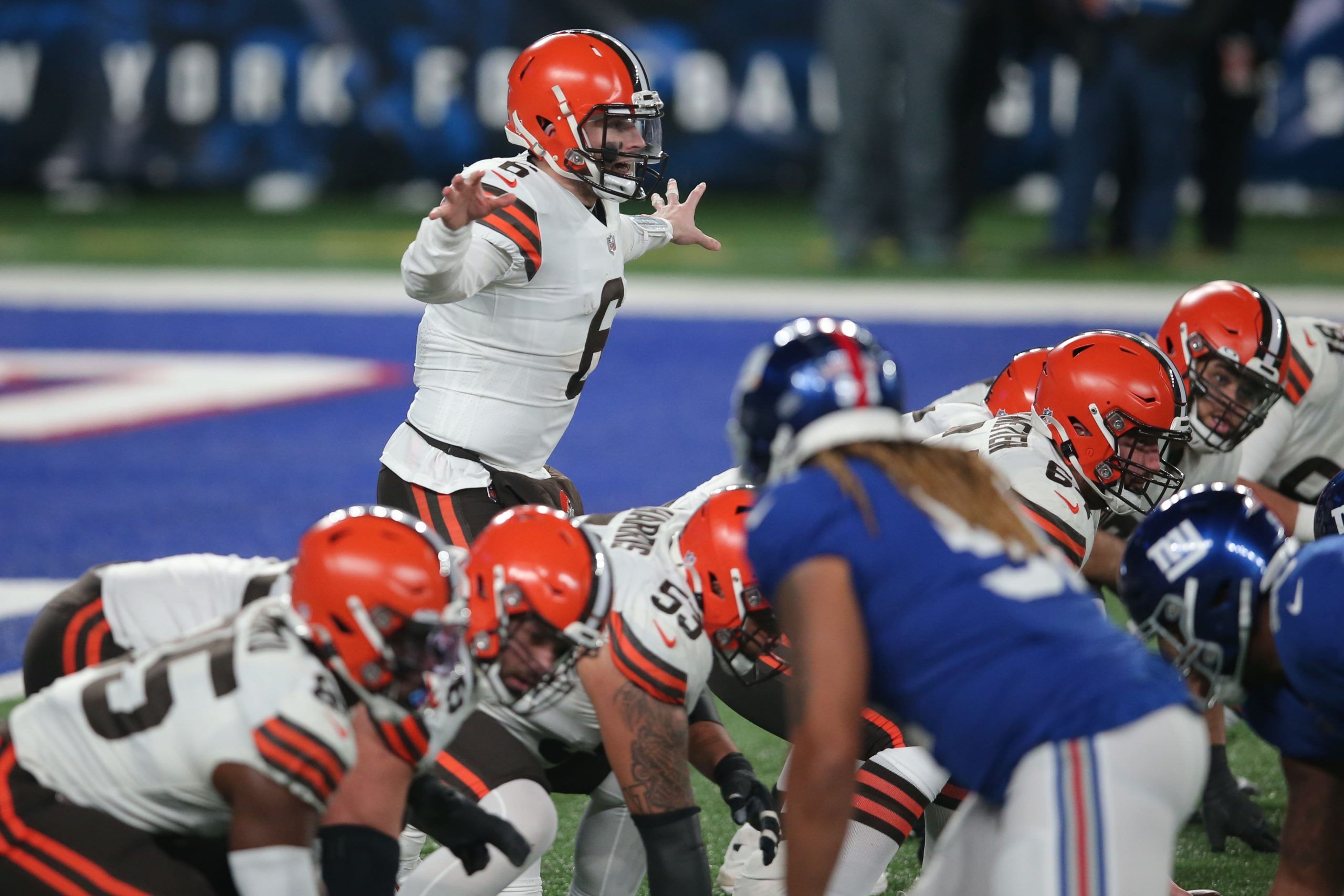 Sunday Night Football is in the books, and the Cleveland Browns emerged with a dominant 20-6 victory over the New York Giants. The game was essentially over by halftime, as it was clear that New York wasn’t going to do much on offense. With the win the Browns are now virtually guaranteed to make the playoffs, while New York remains a game behind Washington in the race for first place in the NFC East.

The Browns are legit

There have been a lot of skeptics of the Browns this season, and understandably so. Myself included. Cleveland clearly wasn’t playing as well as their record indicated early on, which their point differential made clear. But instead of faltering and falling apart eventually like many predicted, they’ve instead only gotten better and better. Sunday Night Football was a culmination of the strides they’ve made, with the Browns playing one of their most complete games.

It was a complete domination on both sides of the ball against the Giants, as they held New York to less than 300 total yards of offense. Perhaps most importantly, the Browns have shown recently they aren’t just one dimensional. Early on they were winning a lot of games thanks to their run-first play action offense, and the defense had some big question marks.

But lately Baker Mayfield has been carrying the offense with his arm, and the defense just gave up only six points on the road in a primetime game they desperately needed to win. The Browns were never going to be able to run the ball too well against the Giants’ very solid run defense, and Mayfield rose to the occasion.

The former first overall pick threw for 297 yards and two touchdowns, and now has only one interception in his last seven games. That’s a turnaround that I don’t think anybody saw coming after he had seven picks in his first seven games. The Browns appear to be peaking at the right time, and they’ll have a lot of momentum heading into what looks like their first playoff appearance in nearly 20 years.

Austin Hooper +1600 gets the first TD of the day ✅#Browns get their first lead of the day!

The Giants are falling apart

Unfortunately for Big Blue, these teams are headed in opposite directions. While the Browns are ascending, the Giants are now in free-fall after going on a very promising run just a few weeks ago. They’re now a game behind Washington in the NFC East, and FiveThirtyEight’s calculator gives them only a ten percent chance of winning the division entering Week 16.

Speaking of Week 16 they’ve got a brutal matchup as they trek to Baltimore to take on the Ravens. This was a team that went on a four-game win streak just a couple of weeks ago to move into first place. Oh how things change quickly in the NFL. ‘Not for long’, as they say. The team has suffered some critical injuries, including to quarterback Daniel Jones, and his status for the final two games is up in the air.

A hobbled Jones looked horrible against Arizona last week, and a healthy Colt McCoy looked equally bad on Sunday night. The defense has made strides, but now top cornerback James Bradberry is dealing with an injury, and it looks like the team could be another year away.

Assuming they don’t make the playoffs, this team will have major questions they need to address this offseason. Do they run it back with Jones, or search for another option under center? Does general manager Dave Gettleman survive another year? New head coach Joe Judge has done a great job turning around the culture in the building, but the loss to the Browns showed there is still plenty of work to do for the G-Men.