HomeAnalysisNFL AnalysisSunday Night Football reaction: The Buccaneers were never as good as we thought they were

Sunday Night Football reaction: The Buccaneers were never as good as we thought they were 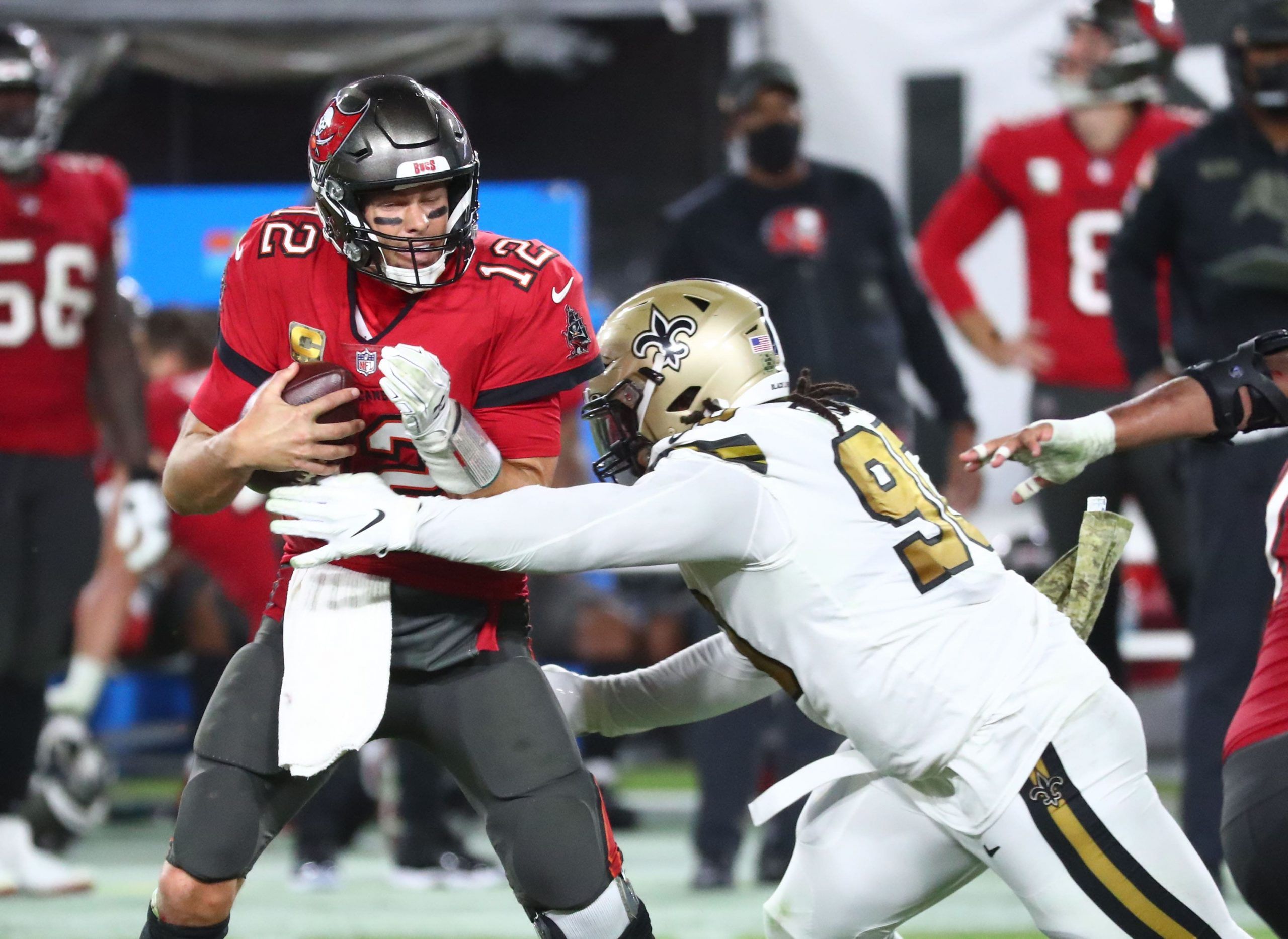 Week 9 Sunday Night Football was one of the ugliest games of the season, with the New Orleans Saints absolutely trampling the Tampa Bay Buccaneers 38-3. It’s important to not overreact to one game, but all this game did was bring to the surface warning signs that had been there for many weeks now. The Buccaneers aren’t nearly as good as everybody thought they were, and they have major issues on both sides of the ball.

Hope isn’t lost and there’s obviously a lot of talent still on this team. There’s plenty of football left to be played, and they aren’t as bad as they looked on Sunday night. But they also aren’t nearly as good as the Super Bowl contenders they were labeled as, as we’ll be breaking down below.

The defense was always overrated

The defense was atrocious on Sunday, as Drew Brees got whatever he wanted and marched up and down the field with little resistance. They had no answer for Taysom Hill, even after already facing him earlier this season and knowing exactly what to expect. Even their vaunted run defense was shaky at times. But this wasn’t simply a one-game outlier, it was the culmination of what we’ve been seeing for weeks now. This defense is simply overrated.

Last week they consistently let Daniel Jones and the lowly Giants offense move the ball on them. A few weeks back they allowed 11.6 yards per attempt and three touchdowns to rookie Justin Herbert. The defensive front is talented enough to mask most of their woes when everything else is humming, but the secondary has major issues.

Even before Sunday night they were allowing 7.0 yards per attempt, a solid enough figure but not good enough for them to crack the top 10. Even that number isn’t representative of how the back half has played, as most of that success was due to the pass-rush. There’s a lot of youth in this group, and teams are starting to pick on second-year corner Jamel Dean as he’s been exposed as a weak-link.

Defensive coordinator Todd Bowles has to get very creative with his blitzes in order to get the pressure they rely on, and teams are starting to figure out how to beat them. Fellow starting corner Carlton Davis is only 23 and safety Antoine Winfield Jr. is a rookie. I’m highly skeptical that this inexperienced group will be able to deliver when it matters most in the playoffs.

Name a QB who cannot make this throw 👇

The offense is inconsistent

Before the season began, it was supposed to be the offense driving the Bucs’ success, not the defense. Then the defense turned into one of the league’s best units, taking a lot of the pressure of Tom Brady’s shoulders. Now that the defense appears to be regressing with each passing week, that’s no longer the case. Brady is going to have to step up and carry this team against the league’s other elite squads, and I’m not sure he’s shown he’s up to the challenge.

Brady has looked like his old self at times but completely overwhelmed at others, and the unit as a whole has been way too inconsistent for a team with championship aspirations. In games against the Raiders, Chargers, and Broncos, he’s looked brilliant. In games against the Saints (twice), Bears, and Panthers, he’s looked like he needs to be put out to pasture. Even last week against the Giants he failed to move the offense at times, and he’s been holding the ball too long the last couple of games.

With weapons like Chris Godwin, Mike Evans, Rob Gronkowski, and now Antonio Brown, this shouldn’t be an issue. Whether the problem is Brady, a lack of chemistry with his receivers, or Bruce Arians’ schemes, they need to get it figured out in a hurry and are running out of time to experiment.

The ground game has also been frustratingly inconsistent. One moment it looks like Ronald Jones is about to break out and become one of the league’s better running backs, the next he’s a complete non-factor. Tampa set an NFL record for fewest rushing attempts in a game on Sunday night, and they need to commit to getting Jones more touches.

All is not lost, and this unit has already shown they have a very high ceiling when everything is clicking. Brown is only starting to get mixed in, and he has the potential to take the offense to another level. But right now they just aren’t putting it all together, and the offensive line has crumbled against top defensive fronts.

S̶y̶s̶t̶e̶m̶ ̶Q̶B̶ Bucs' QB Tom Brady now has 3 INTs. Just one away from us bringing back the "4" meme.

I wouldn’t be in full-blown panic mode if I were a Bucs fan. But I also wouldn’t be feeling content either, and the team has major work to do on both sides of the ball. It has become abundantly clear this defense isn’t the truly elite unit many people declared them to be, and the secondary in particular is vulnerable. Brady has been a rollercoaster this season, and he needs to get back to being a rock. Winning the NFC South became a very uphill battle after Sunday night, and the margin for error moving forward is very slim.