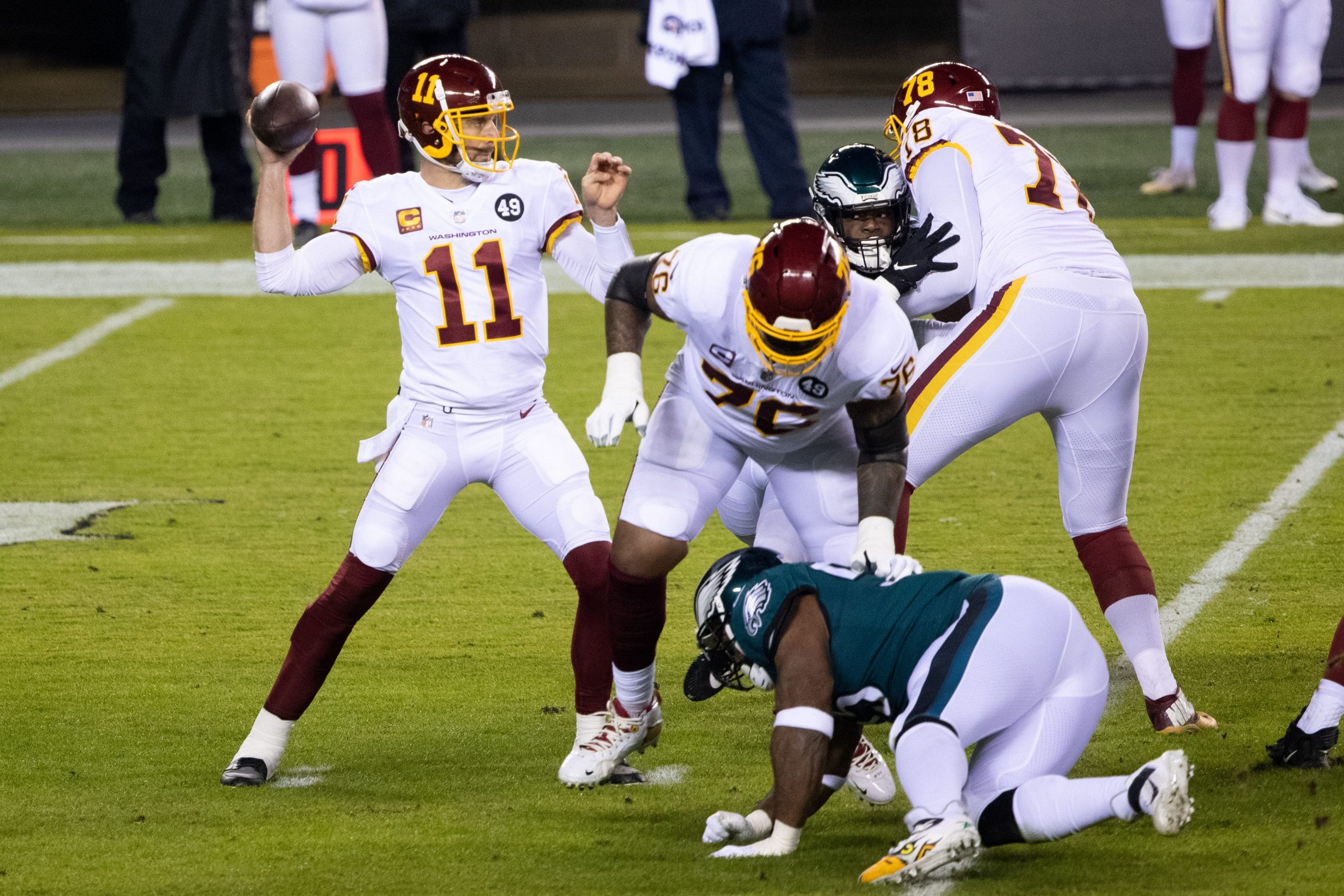 They actually did it. The Washington Football Team finished off one of the most improbable runs in recent NFL history on Sunday Night Football, toppling the Philadelphia Eagles 20-14 to clinch the NFC East and advance to the playoffs. It took a stunning sequence of events just to get here, and while a lot of the talk will certainly center around Doug Pederson’s controversial decision to bench Jalen Hurts, that doesn’t take anything away from what Washington accomplished.

The Giants can complain all they want, if they wanted to win the division they shouldn’t have gone 6-10, it’s as simple as that. Washington was an extreme long-shot, with odds as high as 30/1 at some sportsbooks to win the NFC East at the beginning of the year. So how did we get here? Let’s break it all down.

The culture has changed overnight

It’s pretty remarkable to see what Ron Rivera has pulled off in his first year in Washington in terms of turning the culture around. This time last year the team was a laughingstock with a toxic culture. The hiring of Rivera was a home run at the time, and it looks even better now in hindsight. The former Panthers coach had to overcome plenty of his own adversity along the way, as he was diagnosed with cancer shortly after accepting the job this past offseason.

Rivera was so fatigued from his chemotherapy treatments that he took naps inside the facility, and he still managed to lead this team from a 3-13 doormat to a division championship in just one season. He did it all while his first-round quarterback Dwayne Haskins flamed out in epic fashion, getting photographed mask-less with strippers right before a must-win game and eventually getting himself cut.

Have to be happy for Alex Smith

Smith is one of the best stories in the history of the NFL. He had 17 leg surgeries, nearly had to have his leg amputated, and almost died after getting sepsis. Despite all that he battled his way back into playing shape against unspeakably steep odds, and got his shot because of the aforementioned flameout. He never looked back, and his play under the circumstances will easily win him the Comeback Player of the Year award.

Heck, they should just name the award after him at this point. If I had told you at the beginning of the year that Smith would be starting a playoff game in January, you’d have called me crazy. If I had told you he would even take any meaningful snaps, you probably would’ve called me crazy. Washington went 5-1 in the games he started this season, and no matter what happens next it’s impossible not to feel happy for him.

Logan Thomas DUNKING on the #FlyEaglesFly #WashingtonFootball -6.5 retake the lead 📈

The future is bright on defense

I expected this Washington defense to be good this season, but not this good. Second overall pick Chase Young was a revelation down the stretch, dominating games with his pass-rush. The other guys on the defensive line, Jonathan Allen, Daron Payne, and Montez Sweat, deserve all the credit in the world as well. As does defensive coordinator Jack Del Rio.

They got great contributions from unheralded players like seventh-round rookie safety Kam Curl, and the unit always made plays when it mattered most. Making everything even sweeter is that for the most part the defense is very young, and should only continue to get better. Young, Allen, Payne, and Sweat are all 25 or younger, and Young is still only 21.

They have to figure out what they’ll do long-term at quarterback this offseason, but those questions can wait for now. With this defense, the future looks bright no matter what. I wrote back in June that this team might not be as bad as people expected. I can’t say I saw this coming, but clearly June sparked something magical in this team.