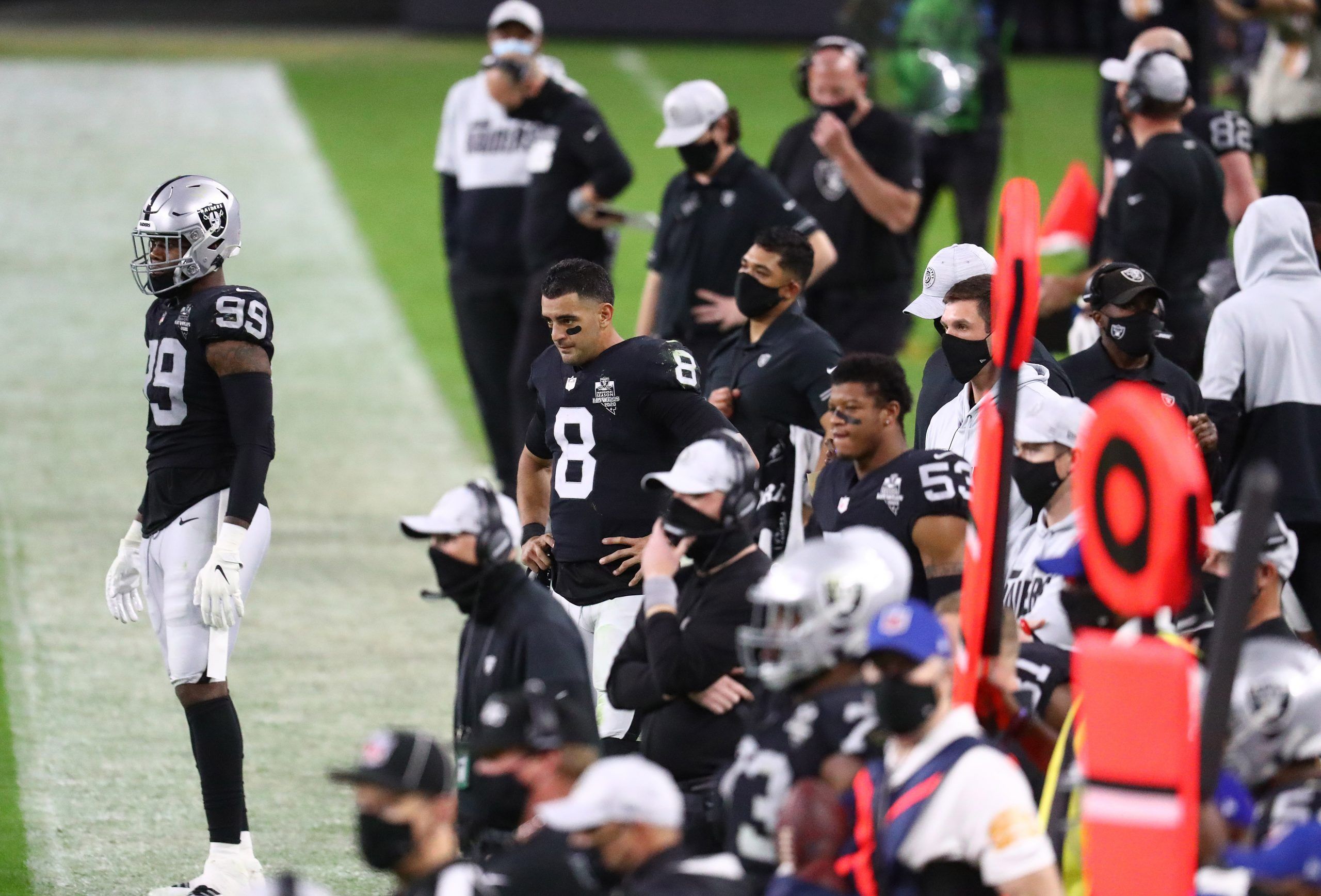 If the Las Vegas Raiders were clinging onto any slim playoff hopes prior to Thursday night’s game, those hopes are now gone after a 30-27 overtime loss to their division rival Los Angeles Chargers. The Raiders started the season 6-3 but have fallen to .500, a game and a half out of the last wild card spot and with two teams ahead of them and only two games left to play.

Crucial mistakes on both sides

Missed opportunities were the theme of the game–on both sides. Marcus Mariota was thrust into the spotlight for Las Vegas after Derek Carr left the game in the first quarter with a groin injury. The Los Angeles defense struggled to adjust throughout the night, having not prepared for a more mobile quarterback like Mariota. But it was a Mariota interception that gave the Chargers their first chance to win the game in regulation.

Chris Harris ran the pick back 51 yards, giving the Chargers the ball on the Las Vegas 33-yard line coming out of the two-minute warning. A crucial rookie mistake from quarterback Justin Herbert cost them the opportunity to win in regulation–on the third play of the drive, Herbert took an eight-yard sack instead of throwing the ball away, forcing struggling kicker Michael Badgley to attempt a 51-yard field goal instead of a 43-yarder. Badgley missed for the second time on the night, and after a botched attempt by Las Vegas on a 65-yard field goal try the game headed to overtime.

The Raiders won the coin toss and marched down the field as they did all game, dominating the time of possession in the second half despite the close scoreline. Needing only a touchdown to win the game and set up a crucial clash with Miami next week, they got to a first and goal on the 4. Josh Jacobs lost a yard on two carries and Mariota’s third down pass was incomplete, forcing Las Vegas to settle for a field goal.

Not much hope left in Vegas

Herbert connected with Jalen Guyton on the ensuing drive for a 53-yard completion down to the two-yard line. He then snuck the ball across on a 3rd-and-goal from the one, ending the hopes of Raiders fans after a promising start to their season. While still not mathematically eliminated, they’ll have a nearly impossible time catching both Miami and Baltimore–who are currently tied at 8-5 for the final wild card spot in the AFC.