HomeAnalysisNFL AnalysisThursday Night Football reaction: Rams are ready for the playoffs, but is Goff?

Thursday Night Football reaction: Rams are ready for the playoffs, but is Goff? 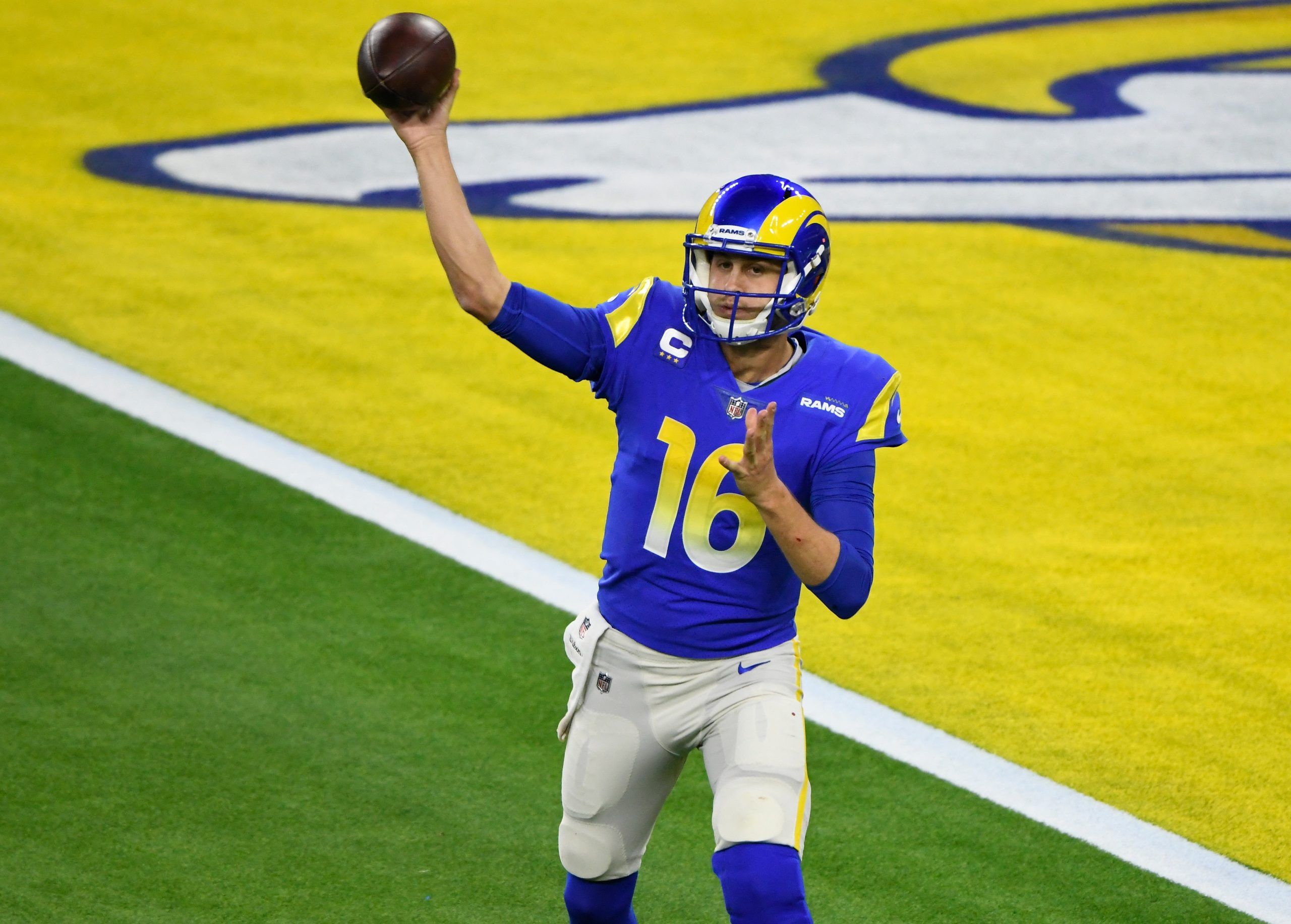 The Los Angeles Rams made their case as Super Bowl contenders on Thursday night, beating the New England Patriots 24-3 in their first meeting since Super Bowl LIII. The Rams improved to 9-4 and took over first place in the NFC West with three games to go, starting with the Jets next week.

The Rams’ defense is elite – there’s no stronger word to possibly describe them. Aaron Donald is one of the best players in the league, on either side of the ball, and he made his presence felt on Thursday with two of his team’s five sacks. But they have a problem on offense, particularly under center: Jared Goff just hasn’t panned out to be what they expected after he led them to the Super Bowl two years ago.

Did this 4th down stop hurt or help your #NFL bet? 🤭

A 24-3 final score looks like a convincing victory, and the game was never in doubt from the start. But the Rams were still hesitant to turn to the passing game, especially in the second half. One of the Los Angeles touchdowns came on defense, while Cam Akers controlled the offense with 171 yards out of the backfield. Goff threw for just 137 yards on 16 completed passes, and even some of his short completions were sloppy and underthrown. He just didn’t look confident throwing the football, and Sean McVay and offensive coordinator Kevin O’Connell didn’t seem to have much confidence in him.

As a former first-overall pick, expectations for Goff were always going to be sky-high, especially after the Rams’ Super Bowl appearance. There are certainly worse starting quarterbacks in the league, and he’s not in danger of losing his job any time soon. But the Rams don’t possess the only impressive defensive corps in the NFC – the Saints and Giants have two of the best defenses in the league. If Goff has to face one of those teams in January and plays the way he did tonight, the Rams won’t score many points at all, and will need to rely completely on their own defense if they want to dream of another playoff run.

Goff with a chance to prove himself

At this point, it’s clear that the Rams will be in the playoffs, either as a division winner or as a wild card, and Goff has two crucial weeks coming up to prove himself. The Rams host the winless Jets before facing the Seahawks, who have gotten to 8-4 through no great accomplishments of their defense. If Goff can regain his confidence leading into January, look out. When he’s at his best (which he wasn’t close to tonight), the Rams are as good a team as any in the conference.