HomeAnalysisNFL AnalysisThursday Night Football reaction: The Packers are headed to the top of the NFC

Thursday Night Football reaction: The Packers are headed to the top of the NFC 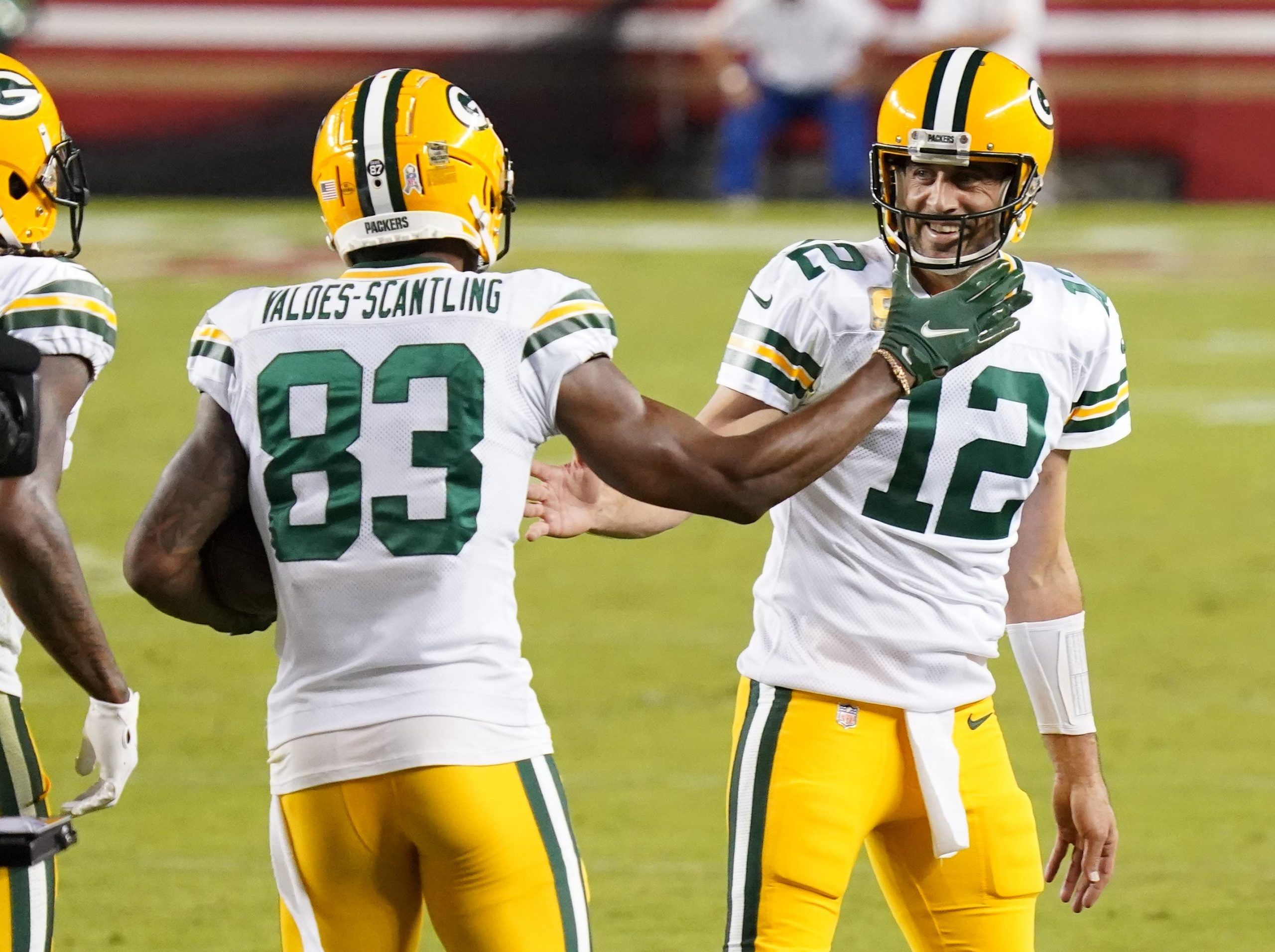 The Green Bay Packers put out a statement on Thursday night, beating the San Francisco 49ers 34-17. With the victory, the Packers took the lead in the NFC North, improving to 6-2 and destined to pull away from the 5-3 Bears. But it’s clear that their aspirations are more than just winning the division. No team in the conference has consistently played better, and Green Bay believe they can get the top spot in the NFC.

The Packers pulled away early on in Thursday’s game, creating an insurmountable lead that San Francisco’s two fourth quarter touchdowns couldn’t get close to. Much as he’s done all season, Aaron Rodgers put any doubts about his age behind him. Rodgers, who will be 37 next month, threw for four touchdowns and 305 yards, and most impressively, completed 25 of 31 pass attempts.

Getting it done on offense

Of course, it would help any quarterback in the league to have a receiver like Davante Adams to throw to. Adams caught 10 passes for 173 yards, just shy of his career high 196 that he gained two weeks ago. The Packers are the offensive juggernaut they expected to be, having now scored 30 points in six of their eight games this year. They put behind a disappointing loss to Minnesota last week and should be able to keep their momentum going with the Jaguars next on their schedule.

Competition in the conference

The Seattle Seahawks, at 6-1, are the only team in the conference with a better record than the Packers at this point. Yet they haven’t won a game by more than ten points since Week 1, when they beat the now 2-6 Falcons by 13. Their defense has raised serious questions, allowing at least 23 points in all seven of their games. They also have a much tougher upcoming schedule, beginning with a trip to Buffalo this weekend.

The Tampa Bay Buccaneers are also 6-2, and if they beat the Saints this week they’ll have as much a claim as Green Bay for the unofficial title of best team in the conference through nine weeks. They dominated the Packers like no other team has this year, beating them 38-10 three weeks ago. But they also have tougher games coming up, facing the Rams and Chiefs in two of their next three following the Saints game.

Anything can happen the rest of the way, but the Packers are certainly well on their way to a fight for the number-one seed in the NFC. At the moment, the top seed is extremely valuable in that it’s the only team that has a bye through Wild Card Weekend and goes straight to the divisional round. The league is considering expanding the playoffs to 16 teams, which would eliminate that advantage, but the top spot is still what the contenders are playing for. And after Thursday’s performance, no team is better equipped to get there than the Green Bay Packers.