HomeAnalysisGolf AnalysisTiger, Phil, Rory, and Rickie among those bringing golf back

Tiger, Phil, Rory, and Rickie among those bringing golf back 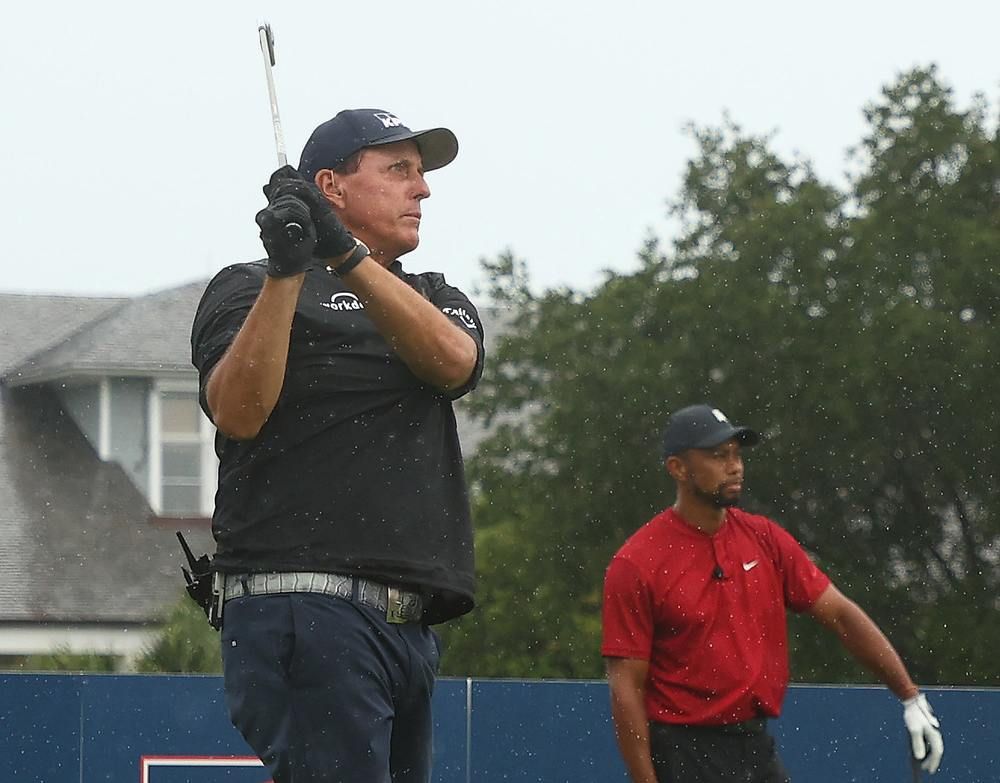 If NASCAR is leading the sports charge back from a coronavirus-related hiatus, golf is not far behind. The PGA Tour is expected to resume in earnest on June 11 with the Charles Schwab Challenge at Colonial Country Club in Fort Worth, Tex.

As for the month of May, that is when a pair of exhibitions will unofficially usher in golf’s comeback.

It begins on Sunday, May 17 with a two-on-two showdown featuring Rory McIlroy and Dustin Johnson vs. Rickie Fowler and Matthew Wolff. The “TaylorMade Driving Relief” battle will take place as a skins format at Seminole Golf Club in Juno Beach, Fla. It is scheduled to be aired live from 2-6 p.m. EST on Golf Channel, NBC, NBCSN, and Sky Sports in addition to being streamed for free on PGA Tour Live, GolfPass, and GolfChannel.com.

“It’s been difficult to witness what so many are enduring over the last several weeks due to the COVID-19 pandemic,” McIlory stated. “I hope that we can provide some respite and entertainment for those tuning in across the globe. Dustin and I will have a lot of fun together and our games will fit well as we push to raise funds and awareness.”

Even more eyes will be on a cross-sport golf contest that includes some of the biggest names on the planet: Tiger Woods, Phil Mickelson, Tom Brady, and Peyton Manning. Woods and Manning will go up against Mickelson and Brady at a time and location still not exactly determined. It will likely occur somewhere in Florida during Memorial Day weekend. “The Match: Champions for Charity” will be televised on TNT and raise money for charity.

To say there is a boatload of betting opportunities on the upcoming showdown would be a gross understatement. Woods and Manning are -200 favorites to win the match, with Mickelson and Brady coming in as +160 underdogs. And then there are smorgasbord of props:

Manning is a -130 favorite to have a football highlight shown first during the broadcast; Brady is -110.

Woods is a -130 favorite to make more birdies than Mickelson (Mickelson is -110).

Wise n' Shine: NFL betting news for Tuesday and our MLB best bet of the day