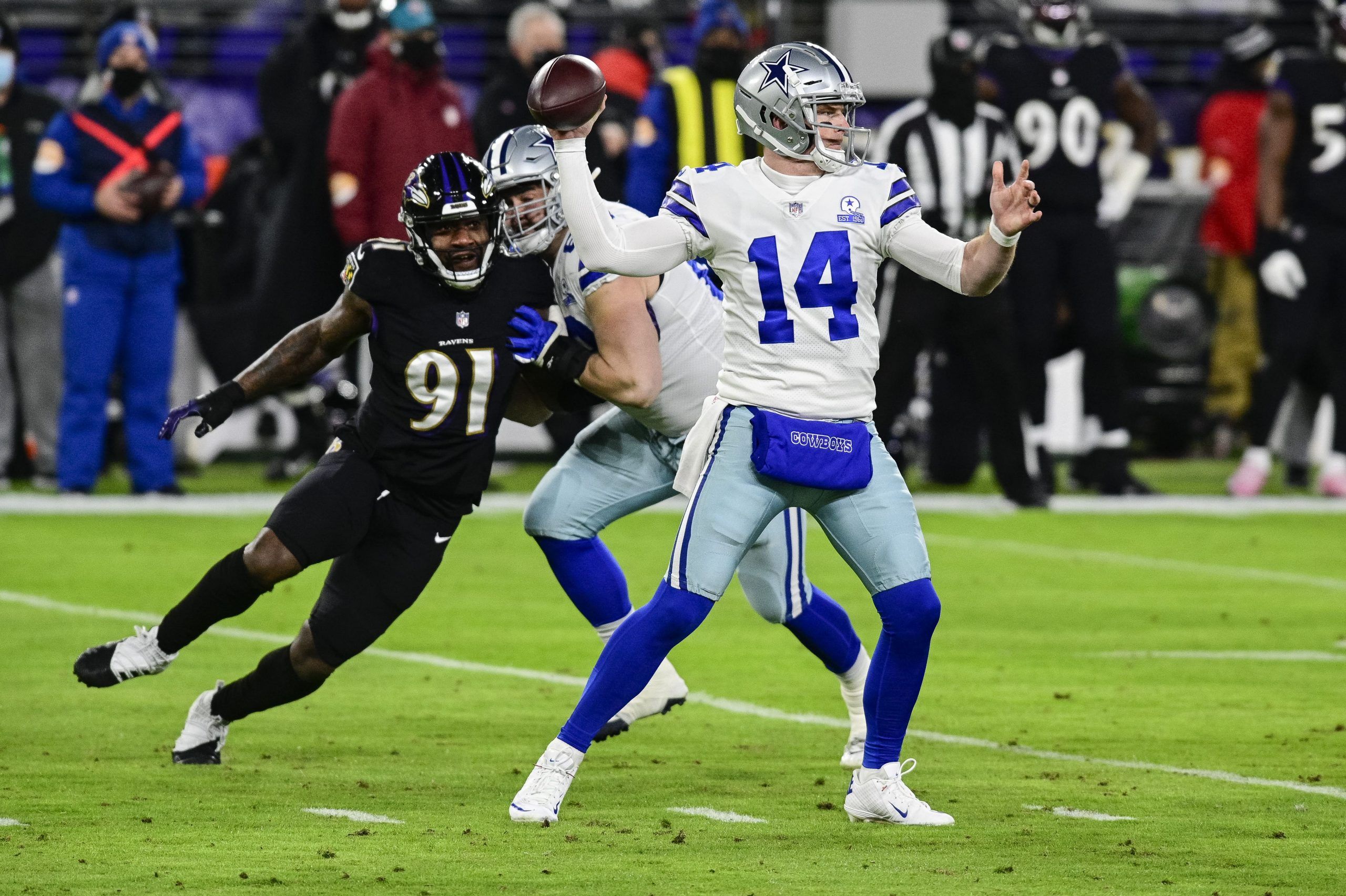 The Dallas Cowboys had their last stand on national television in primetime, and they failed spectacularly. Instead of mustering up a great effort they got spanked by the Baltimore Ravens, losing 34-17 on Tuesday Night Football. Mike McCarthy’s first season at the helm has been an abject disaster, and other than the potential return of Dak Prescott there aren’t too many reasons for optimism.

There’s a lot to digest from the game, and without further ado let’s dive into the two biggest takeaways:

Stick a fork in the Cowboys

The Cowboys entered this game at 3-8, but because of the pitiful state of the NFC East they were somehow still alive in the playoff hunt. That’s pretty much over after tonight. A full two games behind the Giants and Washington now with only four left to play, it would take something of a miracle to pull this off.

Unfortunately for Dallas, all of the many issues can’t just be blamed on Prescott’s injury, and that was abundantly clear tonight. The main problems are actually on defense, and they got absolutely embarrassed by Baltimore tonight. Lamar Jackson barely had to do anything as a passer, and in fact attempted only 17 passes, because the Ravens just ran right over them. They finished with 294 rushing yards, averaging a humiliating 7.9 yards per carry.

The guys clearly haven’t bought into new defensive coordinator Mike Nolan’s system, and at the very least McCarthy needs to let him go at the end of the season. As for the offense, McCarthy deserves his fair share of criticism too. With all the talent they have at the skill positions, the passing game shouldn’t be this bad, even with a banged-up offensive line.

Andy Dalton somehow managed to look much better in Cincinnati despite never having these kinds of weapons, and he’s averaging less than six yards per pass attempt through five starts. It’s probably not a coincidence that Aaron Rodgers is having an all-time year in his second season away from McCarthy. Cowboys fans should start worrying about who they’ll take in the first round of April’s draft, and what they’re going to do about the coaching staff. This season is over.

The Ravens aren’t out of the woods

The Ravens can sleep well and enjoy this victory, but they certainly aren’t out of the woods yet. They didn’t do enough to ease my many concerns about this team, and if anything this game raised even more questions. They’ve been through a lot due to their COVID-19 outbreak, and this team has to be gassed. They’ll be playing on a very short week in a pivotal divisional game against the Browns on Sunday.

Lamar Jackson has definitely regressed as a passer, as his several sailed-throws on Tuesday made clear. The Ravens aren’t going to face a lifeless defense like Dallas’ that they can just run over every week. Jackson has passed for more than 208 yards just once in his last ten games, and even then it was only 249. He had at least 208 yards in nine of his 15 games last year, so this is a clear step back.

As for the defense, they’re far from settled either. Although they’re capable of playing like one of the league’s best units, they’re also dealing with a good amount of injuries and inconsistency. Their vaunted pass-rush didn’t do anything noteworthy against Dallas’ atrocious offensive line, and they only sacked Dalton once.

Calais Campbell certainly didn’t look healthy in his return following a calf injury. They’ve been soft against the run any time they’ve played a team with a competent ground game recently, as we all saw in their losses to the Patriots and Titans when Damien Harris and Derrick Henry each went off for over 120 yards. After the Cleveland game, they’ve got a soft schedule the rest of the way, but as the current ninth-seed in the AFC, I’m not sure it’ll be enough.