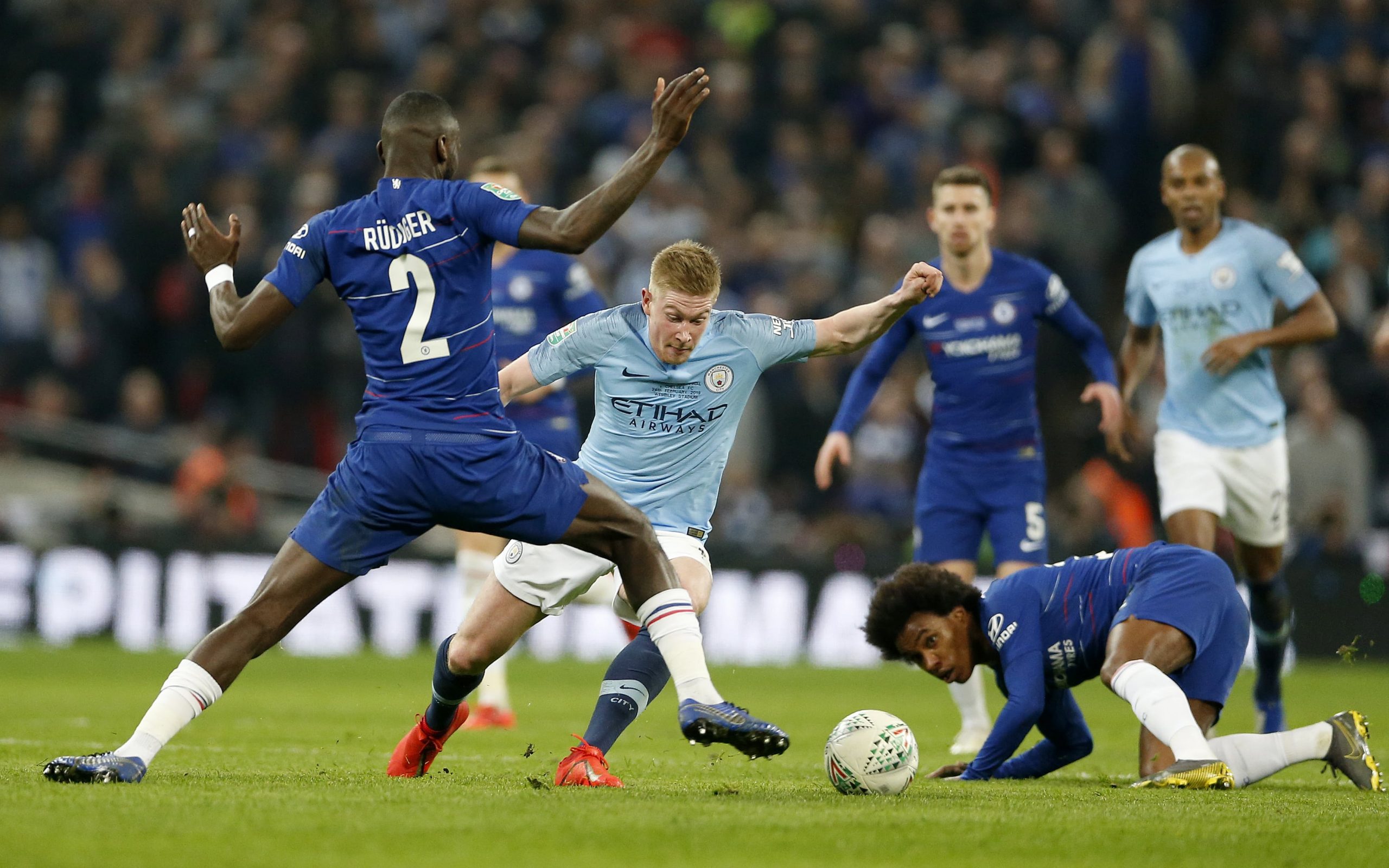 The Champions League final is arguably the biggest game in club soccer, and this year it features two teams from England and the EPL, as Manchester City takes on Chelsea at Estadio do Dragao in Portugal.

City is looking to win its third trophy of the season, having already won the Premier League title and the EFL Cup, while Chelsea is looking to finish what was looking like being a poor season with victory in the biggest tournament there is.

Kickoff is scheduled for 3pm ET on Saturday afternoon, but you can guarantee it will be one hot contest between two of the most prestigious teams in the world. One way of adding to the excitement is by betting a same game parlay, and I’ve come up with one which offers huge odds and will hopefully add even more drama to the final.

You can also check out our full game preview of the matchup, as well as the rest of our soccer predictions for all the weekend’s MLS action.

We’re keeping it simple with just two legs here. There is some level of contradiction — taking City to win and a Chelsea player to score — which is why the odds are so inflated, but I think there’s a lot to suggest that there is value in this play. Let me explain:

Just when Manchester City looked to be taking a dip in form, they silenced the critics with a crushing 5-0 win over Everton last weekend. Pep Guardiola’s team has been a joy to watch all season long and they should rise to the occasion and finally get their hands on the Champions League trophy.

The Citizens have such a wide variety of goalscoring threats that it is hard to see how they don’t find a way of penetrating the Chelsea goal at least a couple of times. Granted, the Blues have been much more rigid in defense since the arrival of head coach Thomas Tuchel, but that has started to disappear as they are without a clean sheet in their last five games.

It is also worth noting that Chelsea has lost three of their last four games, and already slipped up in one final after losing 1-0 in the FA Cup to Leicester at Wembley.

With a raucous crowd set to be in attendance, this one looks like there could be quite a few goals in store, with City’s all-star attack likely to get the majority of them. Backing Guardiola’s team to win it in 90 minutes is a little risky, but I think it’s worth it at the odds. However, I wouldn’t put anyone off swapping this play for City to lift the trophy, which drops the odds down to +1239.

Hakim Ziyech hasn’t had the best of seasons at Chelsea since his mega-money move from Ajax prior to the start of this season. The Moroccan has been plagued by injury problems and had spells in and out of the team, but on his day he is a lethal attacking midfielder.

With Ziyech expected to start the Champions League final, he should have opportunities to punish City, and he certainly knows how to do it. The 28-year-old has scored in both of Chelsea’s last two games against City, including the winner in their shock 1-0 FA Cup win. He has completed 90 minutes just once all season, which is a concern, but Chelsea head coach Thomas Tuchel will know all about Ziyech’s record against Chelsea and he plays with the exact attacking flair that can cause problems for the City defense.

All things considered, Ziyech is huge value to score as a standalone play at +460, but getting a boost to +2113 when combined with a City win is huge, given the Citizens’ ability to score goals for fun as well as the fact they have conceded three in two of their last three matchups.

Be sure to check out our four-team MLS mega parlay for Saturday’s action, which pays at huge +2262 odds!

Pickswise is the home of free sports picks, news, and best bets. Check out our expert Soccer Picks and NBA Picks for the latest game predictions.