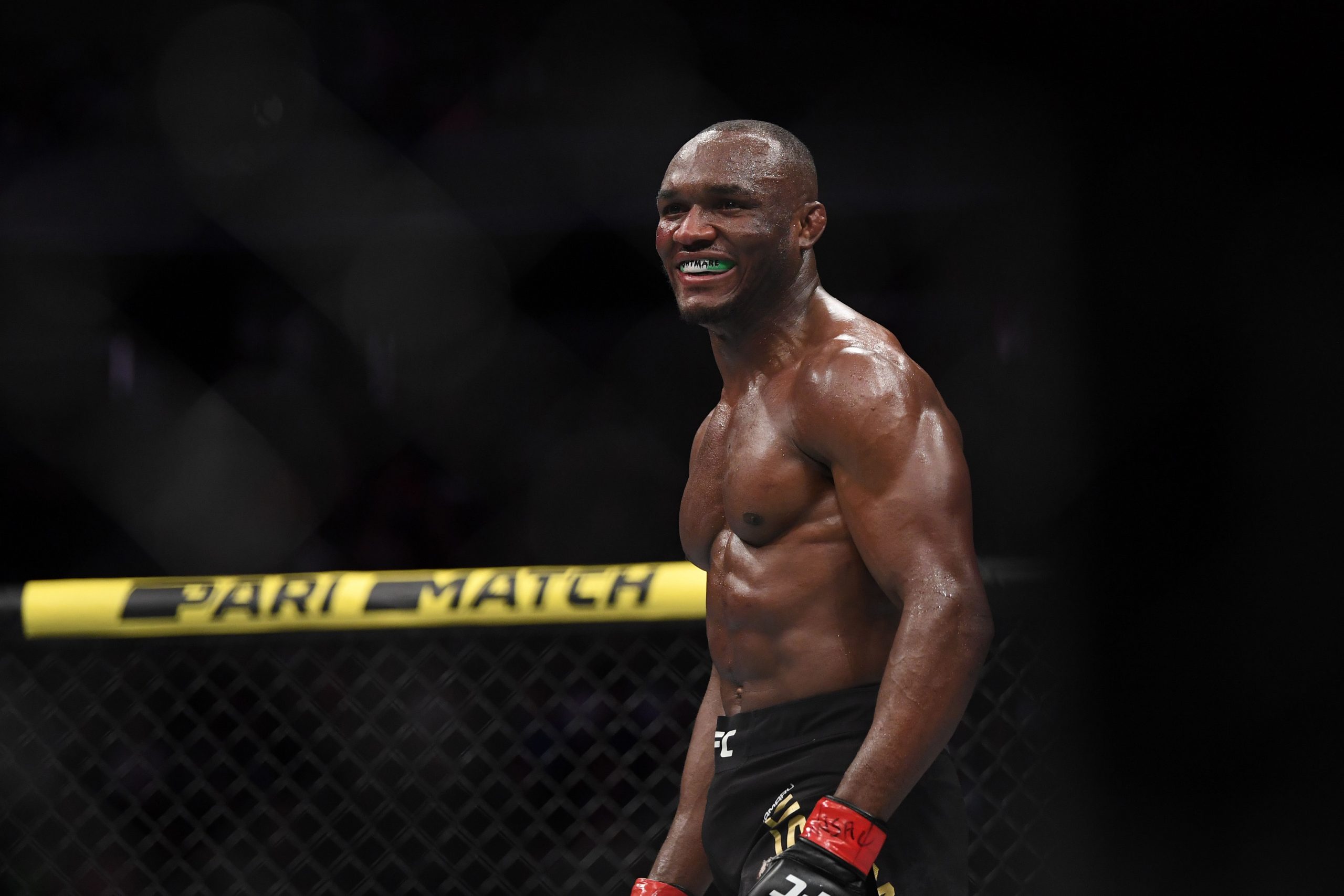 It has only been a month in the new year, which means some of the best fights of the year are getting closer. This includes the Welterweight title fight at UFC 258 and we are going to give you a brief history of these fighters, what to expect, and how this fight actually came to fruition given the ongoing pandemic. Make sure you check out our picks and predictions for every fight at UFC 258.

Starting with the underdog, Gilbert Burns will be trying to claim his first-ever UFC title belt. He is looking to improve to 20-3 in MMA and 13-3 in the UFC. Burns started his MMA career in 2012 with seven straight wins in other promotions before making his UFC debut in 2014. He started 4-0 in the UFC before suffering his first career loss to Rashid Magomedov in 2015. He lost another fight in 2016 and a third to Dan Hooker in 2018. Since the loss to Hooker, Burns has not really been challenged at all.

Now to the defending Welterweight champion, Kamaru Usman, who is 17-1 in MMA. He is a perfect 12-0 in the UFC. Usman started his MMA career in 2012 with a KO win against David Glover. In the second fight of his career, Usman lost to Jose Caceres by submission. Ever since that loss in 2013, Usman has been perfect. He has won 16 fights in a row and has wins over some elite fighters such as Colby Covington, Tyron Woodley, Demian Maia, and Rafael Dos.

This fight is actually a rescheduled fight that was supposed to take place last year. It was scheduled for July of 2020 at UFC 251. Burns tested positive for COVID-19, which is why that original fight was called off. Usman ended up fighting Jorge Masvidal as a replacement, so this fight is likely only taking place because Usman dominated that fight and retained his Welterweight belt.

What to expect from Usman vs. Burns and the keys to victory

Usman is probably one of the most balanced fighters in the UFC right now. He can stand up and fight or he can wrestle. However, he does not really win by submission with just one in his career. Usman has seven KO/TKO wins and nine by decision. In the UFC, Usman has all nine of his decision wins, so the most likely outcome is an Usman win by decision. Usman is just too good at controlling the fight. He has an iron chin and a perfect takedown defense in the UFC.

Burns faces an uphill battle in this fight because he relies a lot more on his wrestling. Burns has eight wins by submission in his career, four of which have come in the UFC. He also has three wins by KO/TKO in the UFC, but knocking out Usman is going to be near impossible.

I expect Usman to dominate this fight from the opening bell. Burns is no doubt one of the better fighters in the Welterweight division, but Usman is proven and should be able to retain his title belt.