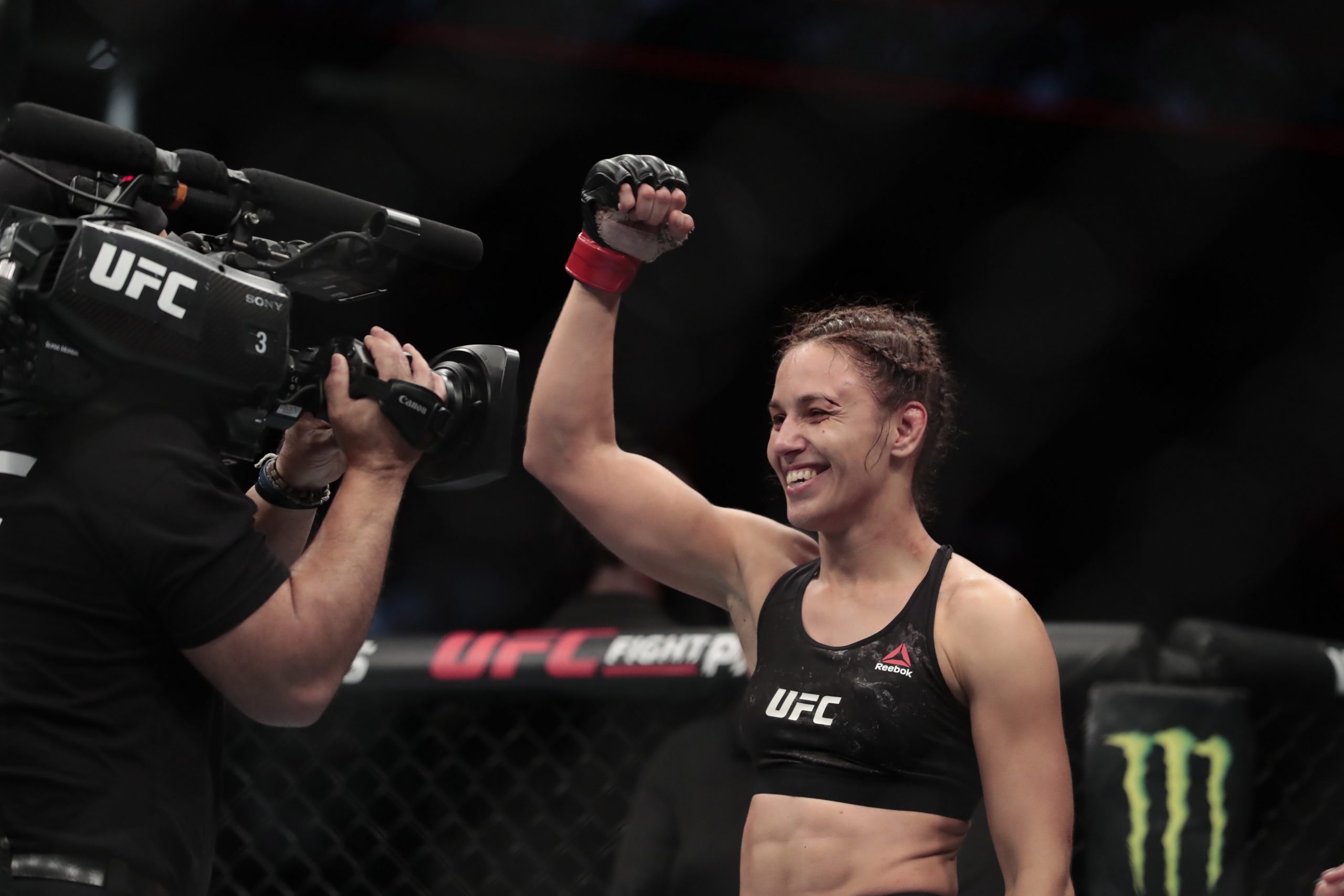 We are in Houston, Texas this week at the Toyota Center for UFC 262. This weeks card will feature a Lightweight title fight as the Main Event.

Here is our favorite four-fight parlay that pays at odds of +689. Be sure to check out the rest of our UFC 262 predictions for the full 12-fight card.

Matt Schnell comes into this fight 5-3 in the UFC, most recently beating Tyson Nam by split decision. This was back in January of this year. Schnell is averaging 4.20 significant strikes per minute and has a striking accuracy of 38 percent. He is absorbing 4.02 strikes and has a striking defense of 62 percent. His grappling is not particularly strong, averaging just 0.48 takedowns per every 15 minutes. Though he is averaging 1.2 submission attempts during the same time period.

I think the stand-up game is going to be a problem for Rogerio Bontorin. He showed this in his last fight and the fight before that, he was taken down 10 times by Ray Borg. Schnell might not have great grappling ability, but I think he will be able to out-strike Bontorin and will win this fight.

Mike Grundy comes into this fight 1-1 in the UFC, losing his most recent fight to Movsar Evloev back in July of 2020. This was a loss by unanimous decision despite the fact that Grundy landed six takedowns in the fight. He is averaging just 2.15 significant strikes per minute and is landing them 43 percent of the time. He is absorbing 4.09 strikes and has a striking defense of 58 percent. Grundy would much rather grappler in this fight, averaging 4.25 takedowns per every 15 minutes. He has a takedown accuracy of 37 percent, but a takedown defense of 100 percent.

I do not believe Lando Vannata can be trusted here, given what we have seen from him in the UFC. He struggled to avoid the takedown in his last fight and I think Grundy will be able to take advantage of that here.

Antonina Shevchenko comes into this fight 4-2 in the UFC and is coming off a win over Ariane Lipski by TKO/KO. Shevchenko is averaging 4.09 significant strikes per minute and is landing them 56 percent of the time. She is absorbing 2.51 strikes and has a striking defense of 54 percent. Her grappling has been decent, averaging 0.65 takedowns per every 15 minutes. Even though the volume is not the greatest, her takedown accuracy is 60 percent and her takedown defense is 56 percent. It is also worth noting that she averages 0.70 submission attempts per every 15 minutes.

Shevchenko bounced back nicely with her knockout win in her most recent fight, while Andrea Lee has been struggling for a few years. Shevchenko has been more accurate with her striking as of late and I believe that could be the main difference in this fight.

Gina Mazany comes into this fight with 2-4 in the UFC, but is coming off a TKO/KO win against Rachael Ostovich back in November of 2020. Mazany is averaging 3.45 significant strikes per minute and has a striking accuracy of 47 percent. She is absorbing 3.07 strikes and has a striking defense of 51 percent. Her grappling is solid, averaging 4.41 takedowns per every 15 minutes. She has a 63 percent takedown accuracy and a takedown defense of 33 percent, which is concerning.

Even though both women have been inconsistent, I would look to Mazany in this spot. She is more balanced of a fighter and her grappling looks like it could be the difference.