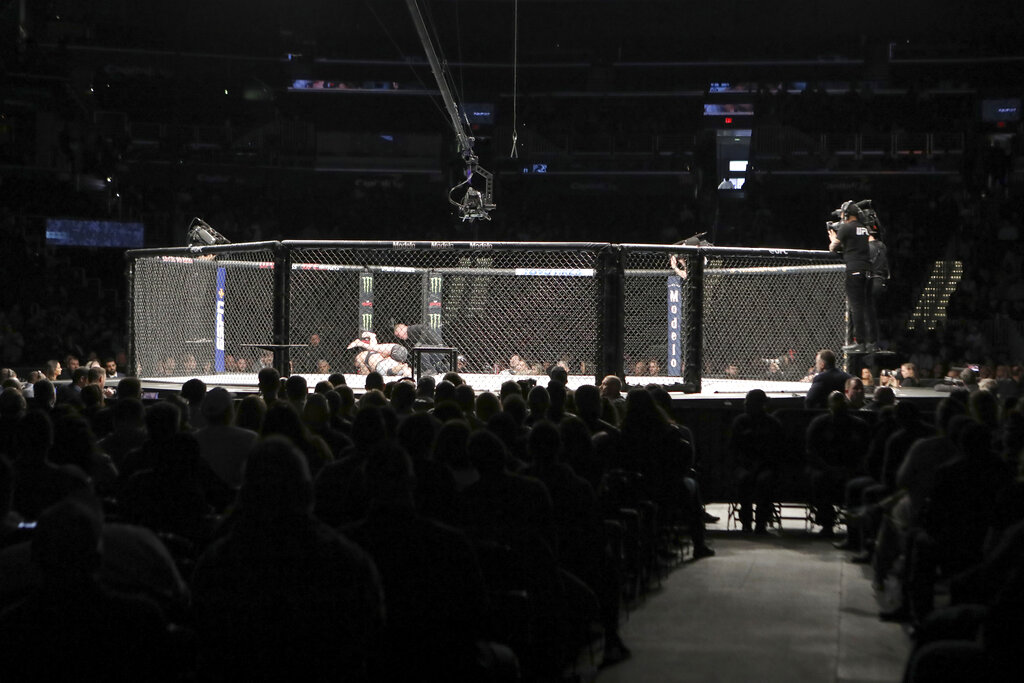 Here is our favorite 4-fight parlay for this event, with odds of +492 at DraftKings Sportsbook. Be sure to check out the rest of our UFC 275 predictions for the full 11-fight card.

Jiri Prochazka comes into this fight with an MMA record of 28-3-1. He is 2-0 in the UFC, most recently beating Dominick Reyes by KO/TKO in May 2021. Prochazka is averaging 7.19 significant strikes per minute, and has a striking accuracy of 52%. He is absorbing 6.80 strikes per minute and has a striking defense of 48%. He has shown limited grappling ability in the UFC, averaging 0.98 takedowns per every 15 minutes. His takedown accuracy is 100% and his takedown defense is 50%.

Glover Teixeira is the one holding the belt, but there is a good reason why he is not the favorite to retain the title. Prochazka has won 12 fights in a row entering this title fight and of his 28 career wins, 25 have come by KO/TKO. His main concern would be grappling, but Prochazka has not lost by submission since 2013 and has not lost by KO/TKO since 2015. Teixeira being an older fighter is likely going to start to show, especially against a guy with power like Prochazka. For that reason, backing Prochazka to win and for a new light heavyweight champion to be crowned will be the play.

The last time these ladies fought, it was a wild fight that went back and forth for 5 rounds because they were fighting for a title. This time around, the fight will be 3 rounds and we should be in for another back-and-forth battle. Both ladies have only ever lost by KO/TKO once in their career, which would seem like the most likely result other than a decision. However, they both have what seems to be iron chins, therefore backing this fight to go the distance will be the play.

(As a side note, the fight between Rogerio Bontorin and Manuel Kape was canceled, so the Co-Main Event between Valentina Shevchenko and Taila Santo will replace that fight in this parlay)

Valentina Shevchenko is one of the biggest favorites on the entire card, which likely takes her money line out of play. She does have 15 wins by finish in her career out of 22 wins, including 4 in her last 6 fights. Taila Santos has 13 wins by finish in her career, but just 1 in the UFC. She has never lost by finish, but has also never faced someone with power like Shevchenko. Santos has power of her own and the ability to grapple though, so for that reason, backing this fight to end inside the distance will be the play.

Steve Garcia comes into this fight with an MMA record of 12-4. He is 2-1 in the UFC, most recently beating Charles Ontiveros by KO/TKO in October 2021. Garcia is averaging 4.46 significant strikes per minute and has a striking accuracy of 58%. He is absorbing 2.20 strikes and has a striking defense of 42%. His grappling has been solid, averaging 1.91 takedowns every 15 minutes. His takedown accuracy is 44% and his takedown defense is 100%.

Even though Hayisaer Maheshate won in his Contender Series fight, his lack of striking accuracy could be a cause for concern, especially against a guy like Garcia, who already does a good job at limiting his opponents’ damage. Garcia has the better striking and the better grappling, so backing him to win will be the play.