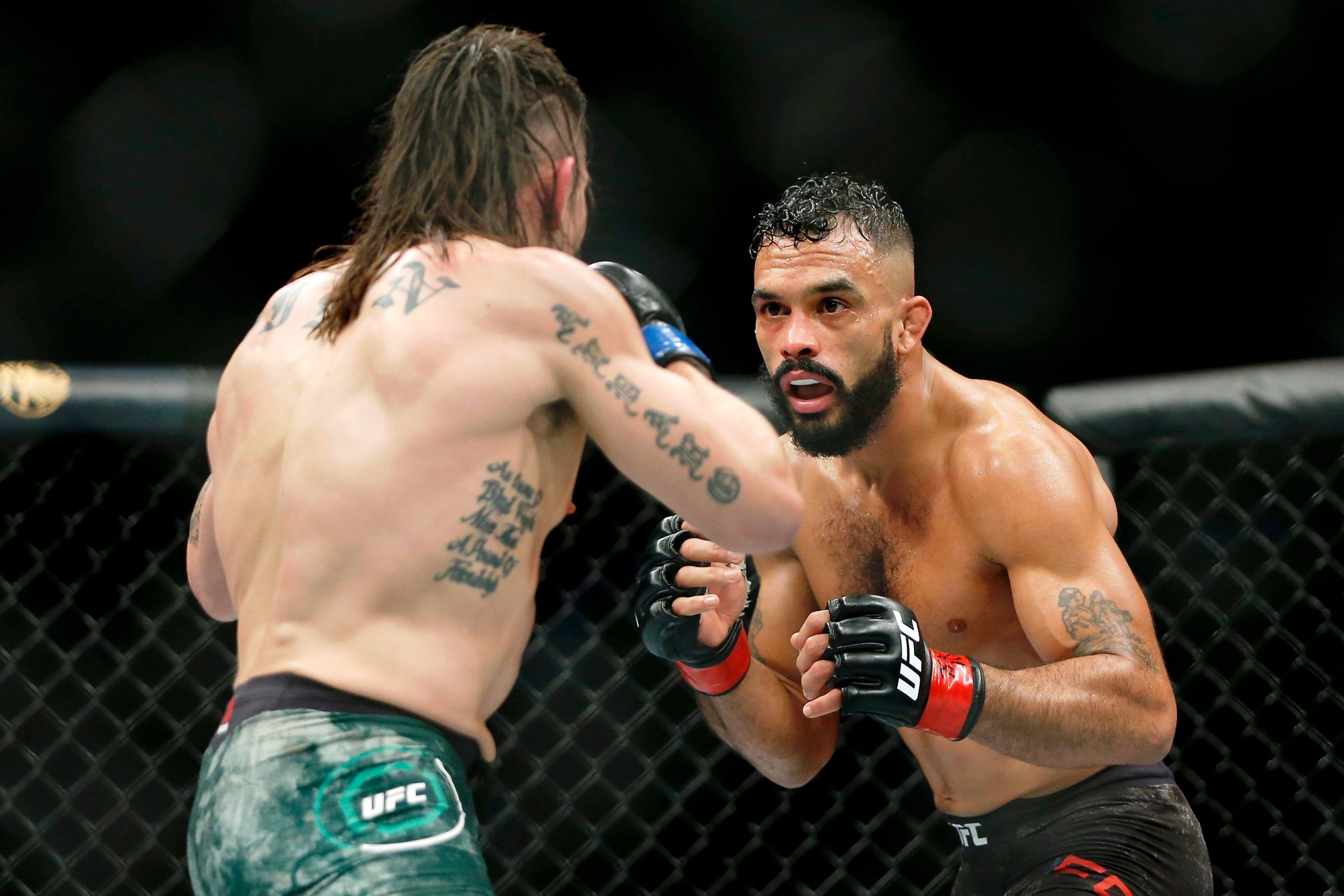 This week the Main Event at UFC Fight Night 183 will feature a Welterweight fight. There are some huge favorites among this event, so looking for a parlay could be the best way to find the most value.

Here is our favorite three-fight parlay that pays at odds of +646. Be sure to check out the rest of our UFC Fight Night 183 predictions for the full 12-fight card.

Marlon Moraes comes into this fight 23-7-1 in the MMA and 5-3 in the UFC. His most recent fight was back in October of this year, a loss to Cory Sandhagen by TKO. He is a decent striker, landing 3.43 strikes per minute. His striking accuracy is only 38% however, so he could have an issue inflicting a ton of damage. His grappling is less impressive, landing an average of 0.64 takedowns per every 15 minutes. The bigger issue here is he lands these takedowns at 33%. The better news is that he defends takedowns at 66%.

Rob Font comes into this fight 17-4 in the MMA and 7-3 in the UFC. He is currently on a two-fight win streak, most recently beating Ricky Simon by unanimous decision back in December of 2019. Font is averaging 5.11 significant strikes per minute an absorbing 3.89 strikes. He is also averaging 1.25 takedowns per every 15 minutes. His takedown accuracy is 36% and he defends them 50% of the time.

Moraes is a good fighter, but his chin has been an issue recently. Both his losses in the UFC have come by TKO. Font has never been knocked out in his career and lost by submission just once. I believe he is a much more balanced fighter and because of his striking ability, I will lean to Font to get the job done.

Sijara Eubanks comes into this fight 7-5 in her MMA career and now 4-3 in the UFC. She fought back in September on just two weeks’ notice and lost to Ketlan Vieira by unanimous decision. Her striking will be her main focus, averaging 4.70 strikes per minute. Her striking accuracy is 42%. She is also absorbing 3.34 strikes per minute and has a striking defense of 60%. Eubanks can grapple as well, averaging 1.86 takedowns per every 15 minutes. She lands her takedowns 46% of the time and defends them 61% of the time.

Pannie Kianzad enters this fight 13-5 in the MMA and 2-2 in the UFC. She most recently fought Bethe Correia back in July of this year. This was a win by unanimous decision. She is averaging 4.85 significant strikes per minute an absorbing 3.72 strikes. Her takedown defense is 92%, but she actually only lands her own takedowns 20% of the time.

Basically, every fight these women have had in the UFC have gone to decision. Despite a recent loss, Eubanks has now had a full camp to prepare for this fight, so I think we are going to see a bounce back from her.

Jimmy Flick is a medium sized favorite and comes into this fight 15-5 in the MMA. He will be making his official UFC debut here after most recently earning a contract on Dana White’s Contender Series. Durden is not a high-volume striker, averaging just 2.04 significant strikes per minute. He is absorbing 1.28 strikes and has a striking defense of 61%. Flick looks to be an elite submission artist, and is so far averaging 7.9 submission attempts per every 15 minutes. He also averages 2.26 takedowns during the same period and lands them 66% of them time.

Cody Durden comes into this fight 11-2-1 in the MMA. He fought to a draw in his UFC debut back in August of this year. Durden is averaging 2.40 significant strikes per minute, while absorbing 4.40. He averages 2.00 takedowns per every 15 minutes, but only lands his takedowns 15% of the time.

Durden did not look very good striking wise in his UFC debut, so I am not overly concerned that he is going to score a knockout. I do think Flick’s grappling and his ability to submit is going to be the difference. However, I believe we are going to see each guy settle into this fight instead of going for a quick win. For that reason, I will back the Over 1.5 rounds.