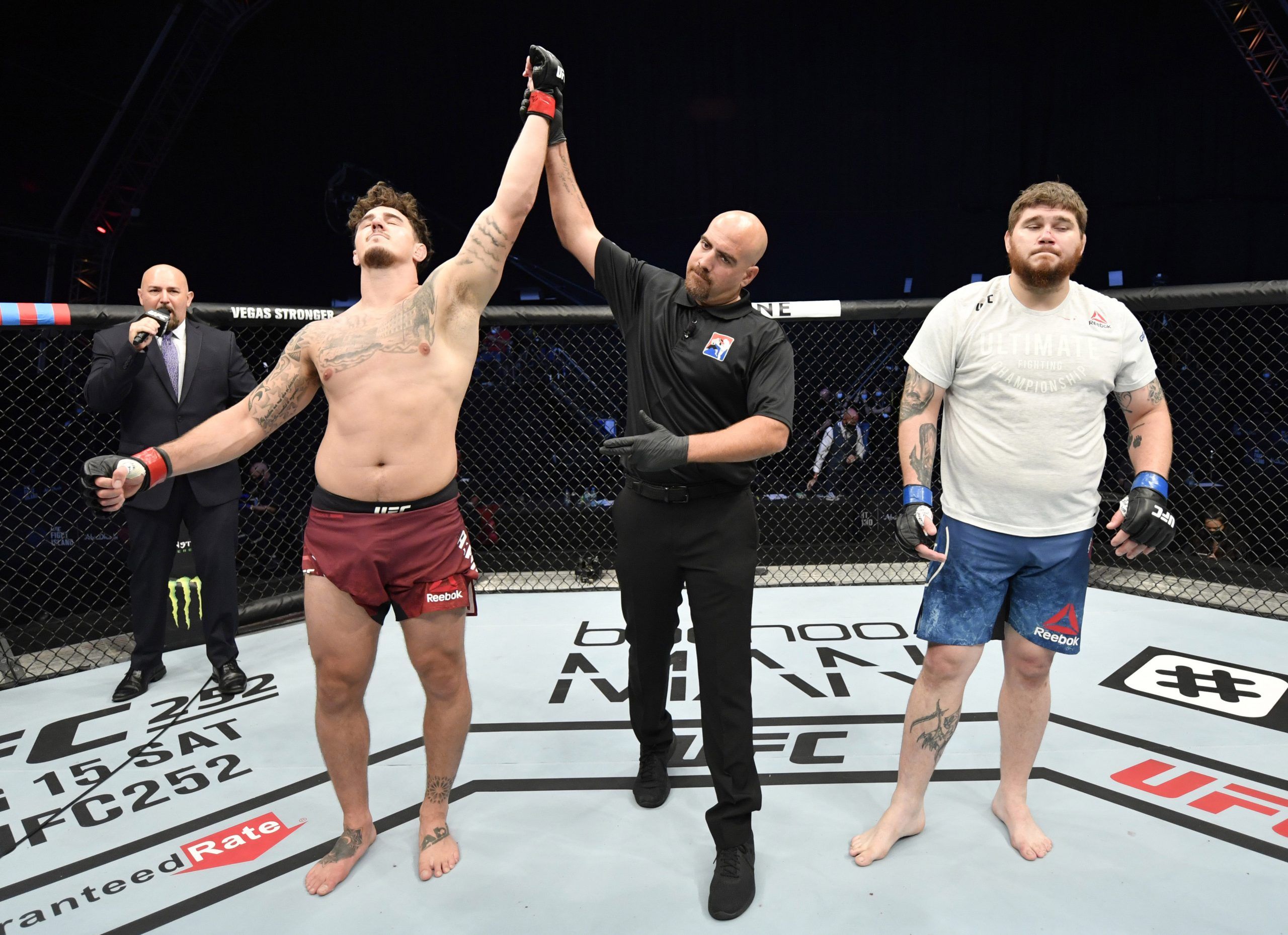 Matthew has been with Pickswise for a while now, covering a wide variety of sports. His main passions are college football and UFC, and those are the sports he has covered the most. Matthew uses a variety of methods to handicap games, including stats, trends, injuries, and situational factors. His goal is to consistently give out winners and will put in the research to try and achieve this.
@Sixfigurematt
Updated: 14:08 PM ET September 03, 2021

UFC Fight Night 191 takes place on Saturday at the UFC Apex in Las Vegas, Nevada. The card will feature a middleweight fight as the main event.

Jonathan Martinez comes into this fight with an MMA record of 13-4. He is 4-3 in the UFC, most recently losing to Davey Grant by TKO/KO in March. Martinez is averaging 4.27 significant strikes per minute and has a striking accuracy of 46%. He is absorbing 3.81 strikes and has a striking defense of 58%. His grappling is below average, landing 0.48 takedowns per every 15 minutes. His takedown accuracy is 37% and his takedown defense is 63%.

Marcelo Rojo did not do a good job at limiting the damage in his first UFC fight. Martinez has been a little inconsistent in the UFC, but he is better at landing strikes and has been able to defend takedowns at a high rate. For that reason, backing Martinez looks to be the play.

Paddy Pimblett comes into this fight with an MMA record of 16-3. This will be his UFC debut as well. He has 12 wins by finish in his career, including 7 wins by submission. He is fine form at the moment, winning 12 of his last 14 fights.

Pimblett may be making his UFC debut, but he looks to be the right side here. He has a very high finish-rate, while Luigi Vendramini has been highly inconsistent and has not been good on the ground. For that reason, backing Pimblett will be the play here.

Modestas Bukauskas vs Khalil Roundtree Jr. – Fight to go the Distance – No (-250)

Modestas Bukauskas comes into this fight with an MMA record of 11-4. He is 1-2 in the UFC, most recently beating Michal Oleksiejczuk by split decision back in March of this year. Bukauskas is averaging 3.77 significant strikes per minute and has a striking accuracy of 35%. He is absorbing 4.36 strikes and has a striking defense of 50%.

Tom Aspinall to win by finish (-150) vs Serghei Spivac

Tom Aspinall comes into this fight with an MMA record of 10-2. He is 3-0 in the UFC, most recently beating Andrei Arlovski by submission in February. Aspinall is averaging 7.43 significant strikes per minute and has a striking accuracy of 66%. He is absorbing 3.06 strikes and has a striking defense of 65%. His grappling is also very solid, averaging 3.54 takedowns per every 15 minutes and 1.8 submission attempts during the same time period. His takedown accuracy is 100% and he has not had to defend a takedown.

Aspinall has been perfect to start his UFC career and has won all his fights by finish. Because of this, backing Aspinall to win by a finish will be the play.