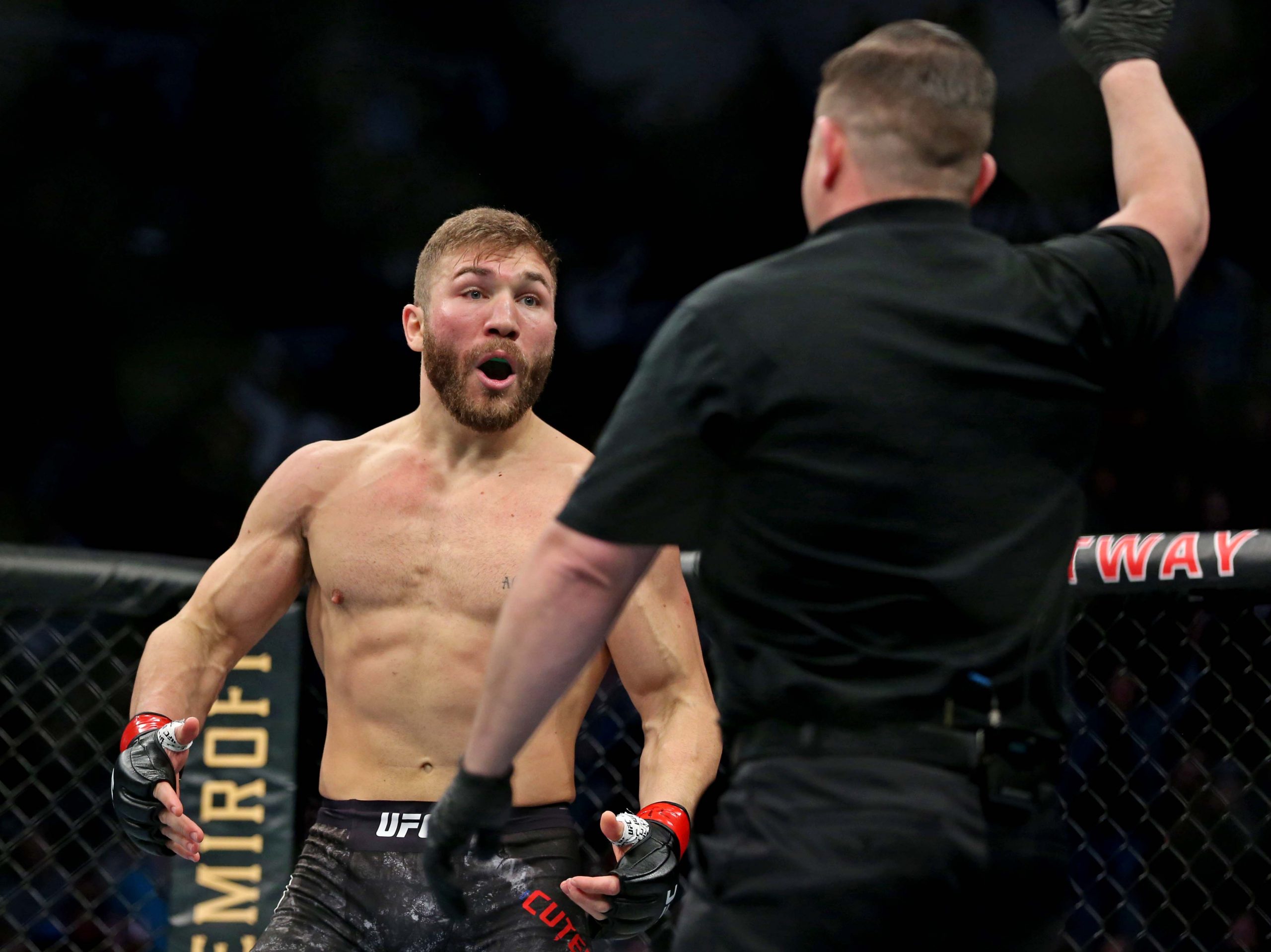 UFC Fight Night 192 takes place on Saturday at the UFC Apex in Las Vegas, Nevada. The card will feature a light heavyweight fight as the main event.

Montel Jackson comes into this fight with an MMA record of 10-2. He is 5-2 in the UFC, most recently beating Jesse Strader by TKO/KO back in March of this year. Jackson is averaging 3.77 significant strikes per minute and his striking accuracy is 55%. He is absorbing 1.50 strikes and has a striking defense of 56%. His grappling might be even better than his striking, as he is averaging 4.15 takedowns per every 15 minutes. His takedown accuracy is 77% and his takedown is 66%.

JP Buys does not offer much confidence here, but the money line on Jackson is far too high to back. Jackson has 6 wins by TKO/KO in his career, while both of Buys’ UFC losses by been by TKO/KO. Because Buys’ chin has not been able to hold up well, and because Jackson has some elite grappling ability, backing Jackson to win by finish will be the top play.

Joaquin Buckley comes into this fight with an MMA record of 12-4. He is 2-2 in the UFC, most recently losing to Alessio Di Chirico by TKO/KO back in January of this year. Buckley is averaging 4.58 significant strikes per minute, but has a striking accuracy of 36%. He is absorbing 5.46 strikes and has a striking defense of 51%. Grappling will not likely play a huge role here, as Buckley is averaging just 0.60 takedowns per every 15 minutes. His takedown accuracy is also only 16%, while his takedown defense is 100%.

Buckley is a sizable favorite in this fight and rightly so as he has shown tremendous power in some of his recent fights. He also has been knocked out a few times, however Antonio Arroyo does not seem to have the same amount of power. Buckley is very good at defending takedowns too, something Arroyo will try here, so backing Buckley as a lean will be the play.

Tony Gravely comes into fight with an MMA record of 21-6. He is 3-1 in the UFC, most recently beating Anthony Birchak by TKO/KO back in April of this year. Gravely is averaging 4.01 significant strikes per minute and has a striking accuracy of 54%. He is absorbing 3.11 strikes and has a striking defense of 45%. His grappling has been elite so far, averaging 6.11 takedowns per every 15 minutes. His takedown accuracy of 54% and his takedown defense is 52%.

Gravely is the heavy favorite in this fight and rightly so. He has the ability to control this fight on the ground and his striking is also better. For that reason, backing Gravely here will be the play.

Ion Cutelaba comes into this fight with an MMA record of 15-6-1. He is 4-5-1 in the UFC, most recently fighting to a draw with Dustin Jacoby back in May of this year. Cutelaba is averaging 5.03 significant strikes per minute and has a striking accuracy of 40%. He is absorbing 3.80 strikes and has a striking defense of 47% His grappling could play a big role here as he is averaging 3.69 takedowns per every 15 minutes. His takedown accuracy is 57% and his takedown defense is 78%.

This fight is fairly even, but the grappling for Cutelaba looks like it could be the difference. He is landing takedowns more often and even though Devin Clark defends them well, Cutelaba looks to be the right side in this fight.