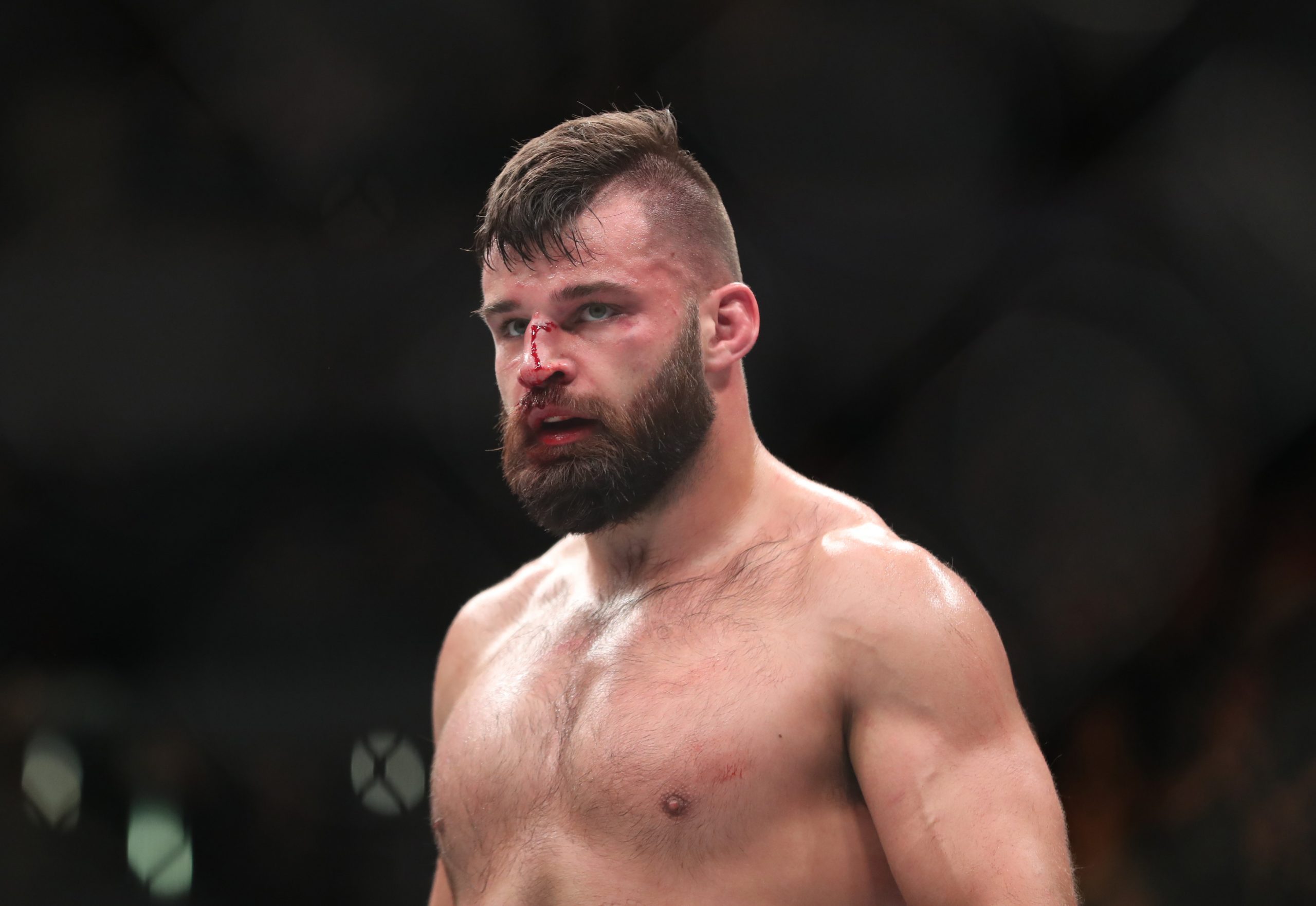 UFC Fight Night 195 takes place on Saturday at the UFC Apex in Las Vegas, Nevada. The card will feature a women’s featherweight division fight as the main event.

Jim Miller win by submission or decision (-200) vs Erick Gonzalez

Jim Miller comes into this fight 21-15 in the UFC. Miller is averaging 2.65 significant strikes per minute and has a striking accuracy of 40%. He is absorbing 2.92 strikes and has a striking defense of 59%. His grappling has been solid, averaging 1.63 takedowns per every 15 minutes, and 1.8 submission attempts during the same time period. His takedown accuracy is 43% and his takedown defense is 47%. Miller has a combined 28 wins by submission or decision, so backing this prop looks to be the best play.

Julian Marquez comes into this fight with an MMA record of 9-2. He is 4-1 in the UFC, most recently beating Sam Alvey by submission in April. Marquez is averaging 4.20 significant strikes per minute and has a striking accuracy of 45%. He is absorbing 3.13 strikes and has a striking defense of 55%. Even though Marquez has not landed any takedowns in the UFC, grappling might be his preferred method in this fight. He is averaging 3.2 submission attempts per every 15 minutes. He also has a takedown defense of 53%.

While Jordan Wright has massive power, his chin could be an issue. He also has not fought many guys with submission ability like Marquez. Marquez has finished all 9 of his wins, and has never been finished either. Therefore, backing Marquez to win by finish will be the play.

Bruno Silva comes into this fight with an MMA record of 20-6. He is 1-0 in the UFC, most recently beating Wellington Turman by TKO/KO in June. He is averaging 4.00 significant strikes per minute and has a striking accuracy of 73%. He is absorbing 0.21 strikes but has a striking defense of 0%. Though the reason for that is that he dominated his previous opponent and absorbed only 1 punch before finishing the fight!

Silva looks to be a decent play because of how quickly he was able to win his UFC debut. He also has 17 wins by TKO/KO and Andrew Sanchez has had a problem with limiting damage. Sanchez has lost 4 times by TKO/KO, so backing Silva to win will be the play.

Loopy Godinez comes into this fight with an MMA record of 6-1. She is 1-1 in the UFC, most recently beating Silvana Gomez Juarez by submission. This win came last week, making this the second week in a row that Godinez will be on the card. She is averaging 2.65 significant strikes per minute and has a striking accuracy of 58%. She is absorbing 1.77 strikes and has a striking defense of 66%. Her grappling has been solid so far, averaging 6.24 takedowns per every 15 minutes. Godinez has a takedown accuracy of 53% and her takedown defense is 85%.

The fact that Godinez just fought last week has to be a factor. Though she easily won that fight last week. Grappling is the clear edge in this fight for Godinez, so backing her to win in back-to-back weeks looks to be the best option.