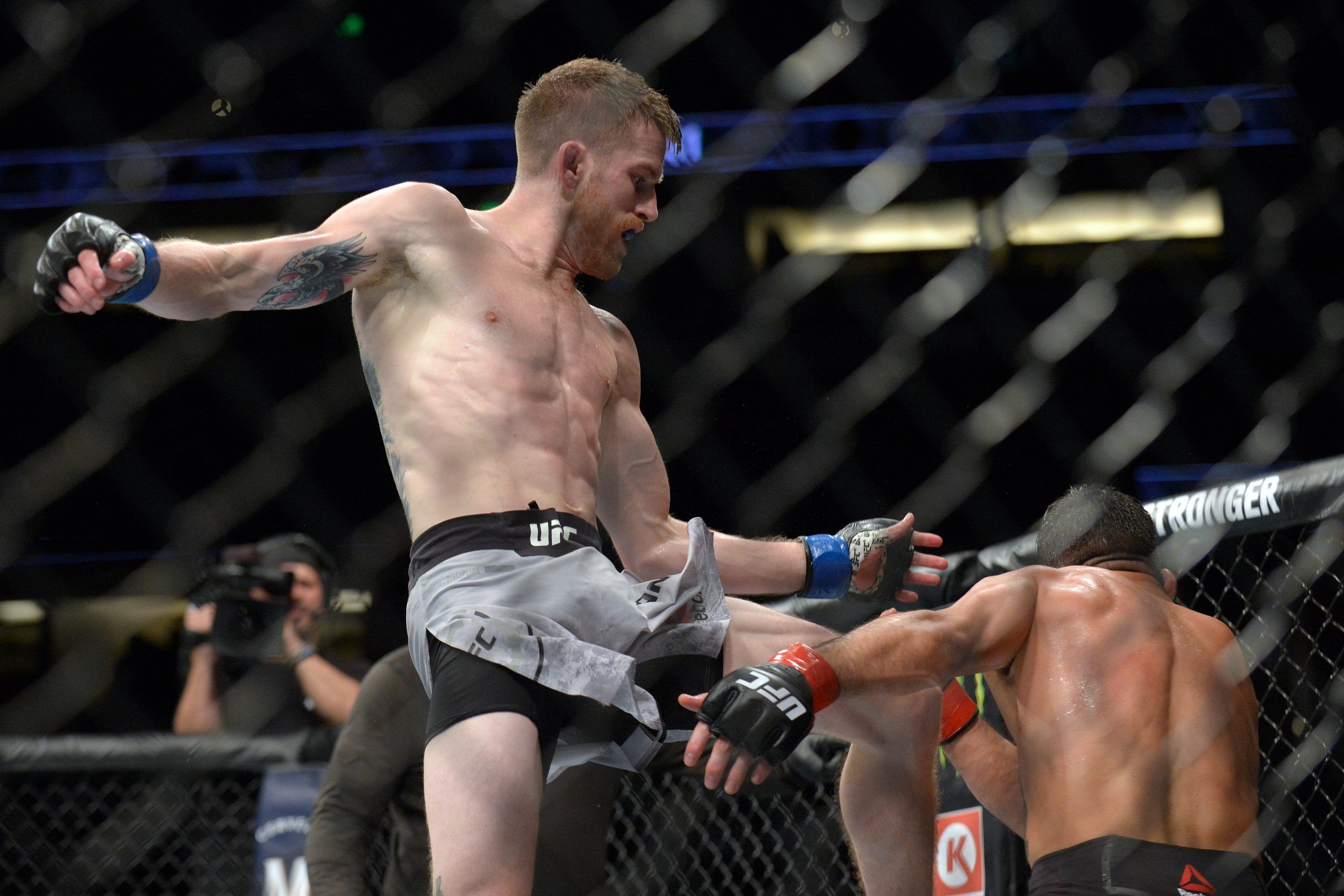 UFC Fight Night 210 takes place on Saturday at the UFC Apex in Las Vegas, Nevada. This card features a bantamweight fight between Cory Sandhagen and Song Yadong as the Main Event.

Here is our favorite 4-fight parlay for this card, with odds of +775 at DraftKings Sportsbook. Be sure to check out the rest of our UFC Fight Night 210 predictions for the full 14-fight slate.

Cory Sandhagen is a heavy favorite in this fight, but considering Song Yadong has lost just once in the UFC, he should not be counted out. Both Yadong and Sandhagen have never lost by KO/TKO in the UFC, so even though Yadong has won his last 2 fights by KO/TKO, Sandhagen’s chin should be able to hold up. For that reason, backing this fight to go the distance will be the play.

Joe Pyfer comes into this fight with an MMA record of 9-2. He is 1-1 in the UFC, though this will be his official UFC debut. His previous 2 UFC fights were in the Dana White Contender Series. His most recent fight was a win against Osman Diaz by KO/TKO back in July of this year. Pyfer is averaging 3.45 significant strikes per minute and has a striking accuracy of 52%. He is absorbing 2.45 strikes and has a striking defense of 50%. His grappling is also solid, averaging 2.73 takedowns per every 15 minutes and 1.4 submission attempts during the same time period. His takedown accuracy is 100% and his takedown defense is 50%.

Anthony Hernandez comes into this fight with an MMA record of 9-2. He is 3-2 in the UFC, most recently beating Josh Fremd by unanimous decision back in April of this year Hernandez is averaging 4.26 significant strikes per minute, and has a striking accuracy of 58%. He is absorbing 3.93 strikes and has a striking defense of 46%. His grappling is also an important part of his fighting style, where he is averaging 5.79 takedowns per every 15 minutes and 2.3 submission attempts during the same time period. He has a takedown accuracy of 70% and has a takedown defense of 66%.

Hernandez is a big favorite in this fight and looks to be the right side to back. He does not have the edge in striking, but has superior grappling, so for that reason, backing Hernandez will be the play.

Parlay these four UFC Fight Night 210 predictions for a potential payout at +775 odds!