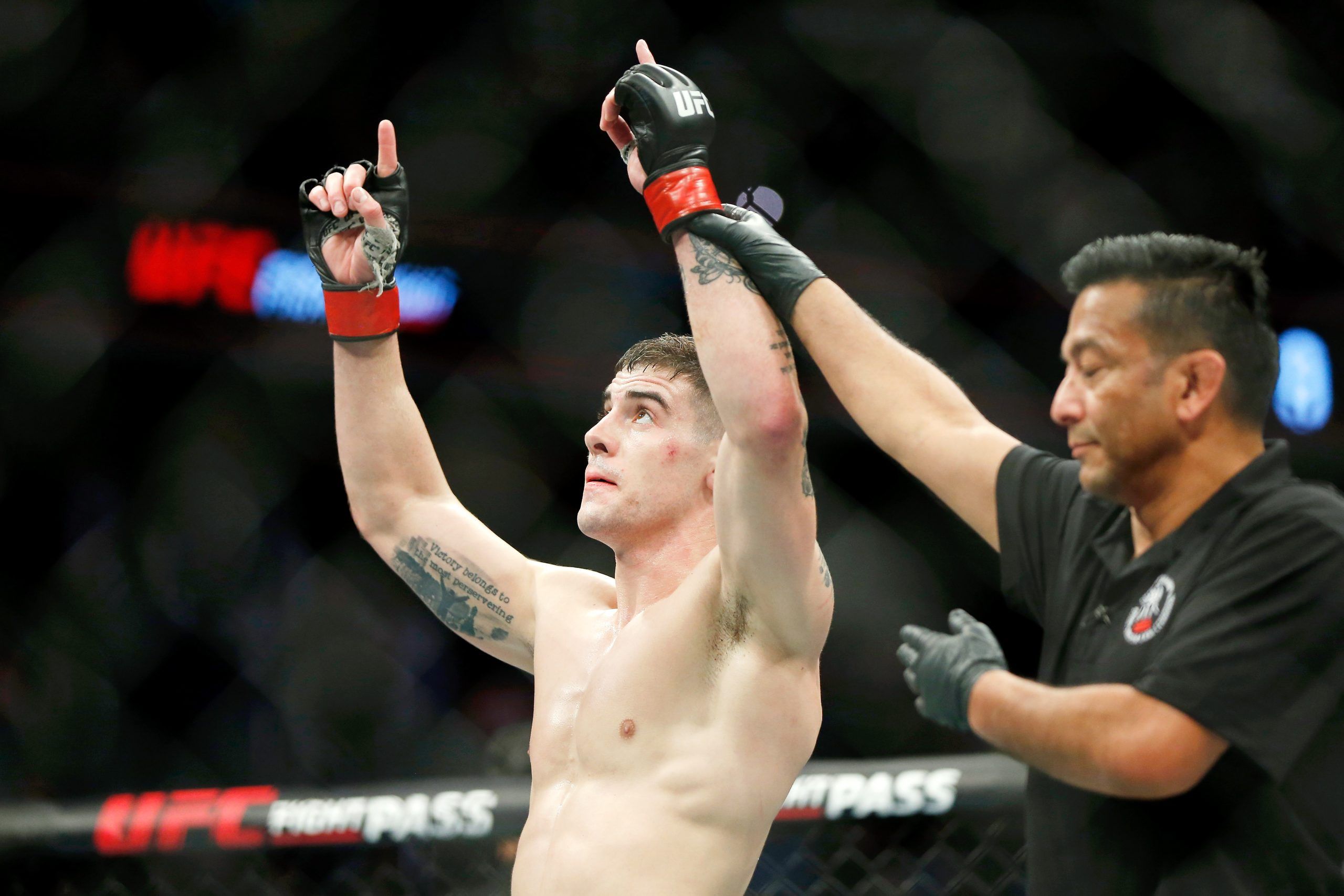 Matthew has been with Pickswise for a while now, covering a wide variety of sports. His main passions are college football and UFC, and those are the sports he has covered the most. Matthew uses a variety of methods to handicap games, including stats, trends, injuries, and situational factors. His goal is to consistently give out winners and will put in the research to try and achieve this.
@Sixfigurematt
Published: 14:12 PM ET April 09, 2021

We are back in Las Vegas this week for UFC on ABC 2. Our event this week will feature a Middleweight fight for the Main Event. There are some huge favorites among this event, so looking for a parlay could be the best way to find the most value.

Here is our favorite four-fight parlay that pays at odds of +449. Be sure to check out the rest of our UFC on ABC 2 predictions for the full 14-fight card.

Julian Marquez is a decent sized favorite and comes into this fight 3-1 in the UFC. Marquez is averaging 3.50 significant strikes per minute and is landing them 40 percent of the time. Marquez does not search for the takedowns that often, but when the fight is taken to the ground, he is averaging 3.4 submission attempts per every 15 minutes.

I like Marquez in this fight because of how inconsistent Sam Alvey has been as of late. Alvey’s chin has been holding up recently, so just backing a Marquez win will be my play.

Solecki is already looking like an exciting prospect and a win against a veteran like Miller will do a ton for his career. He has the better striking and absorbs very little damage. Plus, Miller’s takedown defense is no longer that great, making me believe Solecki can have some success on the mat.

Ignacio Bahamondes will make his official UFC debut here after earning a contract at a Dana White’s Contender Series event. He won this fight by TKO/KO against Edson Gomez back in November of 2020. Bahamondes is averaging 8.78 significant strikes per minute and is landing them 54 percent of the time. He is absorbing just 2.66 strikes and has a striking defense of 67 percent.

Bahamondes looked very good in that Contender Series fight and I do think that will carry over here. Especially because his striking has been so good, my play will be Bahamondes to pick up a win in his official UFC debut.

Luis Saldana comes into this fight with an MMA record of 14-6. He will make his official UFC debut here after earning his UFC contract at a Dana White Contender Series event back in November of 2020. Saldana is averaging 7.17 significant strikes per minute and has a striking accuracy of 59 percent. He is absorbing only 1.21 strikes and has a striking defense of 78 percent. Saldana’s recent ability to avoid damage looks to be the difference in this fight. Because of his aggressive striking, I think he will win here and put himself on the radar.