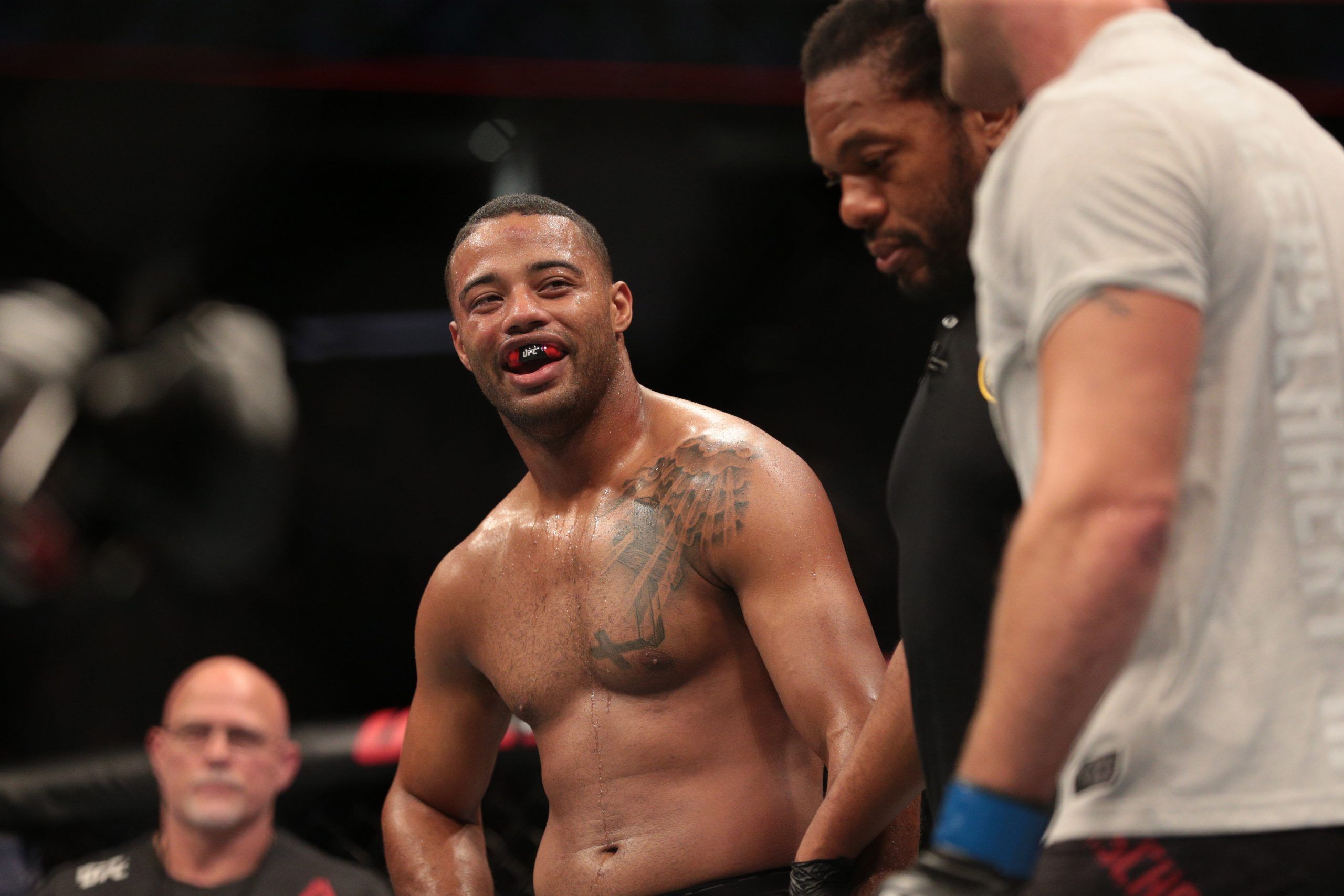 This week the Main Event at UFC on ESPN 17 will feature a Light Heavyweight Fight between two veterans. There are some huge favorites among this event, so looking for a parlay could be the best way to find the most value.

Here is our favorite four-fight parlay that pays at odds of +475. Be sure to check out the rest of our UFC on ESPN 17 predictions for the full 11-fight card.

Alexander Romanov enters this fight with a perfect 12-0 record in the MMA. He is 1-0 in the UFC after a debut win over Roque Martinez. He is averaging 5.87 strikes per minute an absorbing just 0.75 strikes. Romanov lands an average of 6.41 takedowns per every 15 minutes with 100% accuracy an  averages 3.2 submission attempts during the same time period.

Marcos Rogerio de Lima comes into this fight 17-7-1 in the MMA and 6-4 in the UFC. He has been rather inconsistent, going 4-4 in his last eight fights. He is averaging 3.78 strikes per minute, while absorbing 2.63 strikes. More concerning is his ability to defend takedowns. Defending them just 38% of the time has helped lead to four career submission losses.

Romanov is known for finishing his fights, winning by KO/TKO five times and submission seven times. As a result, I would look for a rather fast finish by Romanov.

Trevin Giles comes into this fight 12-2 in the MMA and 3-2 in the UFC. He snapped a two-fight losing streak back in February of this year, beating James Krause by split decision. Giles is averaging 3.61 significant strikes per minute and is absorbing just 1.75 strikes. He has never been knocked out, so his striking defense looks to be very strong. In terms of grappling, Giles is averaging 1.47 takedowns per every 15 minutes. He lands his takedowns with 100% accuracy and defends them 73% of the time.

Bevon Lewis enters this fight 7-2 in the MMA and 1-2 in the UFC. He earned his first UFC win in January of this year, beating Dequan Townsend by unanimous decision. Lewis is averaging 4.05 significant strikes per minute, but is landing them 45% of the time. He absorbs 2.52 strikes per minute and has been knocked out just once. He does not tend to attempt takedowns, but is defending them with 100% accuracy so far.

Giles is a much more balanced fighter and because of that, I like him to win here.

Yan Xiaonan comes into this fight 12-1 in the MMA. She is 5-0 in the UFC, most recently beating Karolina Kowalkiewicz by unanimous decision back in February of this year. She is a very strong striker, averaging 6.72 strikes per minute. Even with this aggressive style, she is absorbing just 3.88 strikes per minute. Yan will also look to take this fight to the ground where she is averaging 1.20 takedowns per every 15 minutes and landing them with an accuracy of 75%. At the same time, she defends takedowns 70% of the time, so she looks to be the real deal.

Claudia Gadelha comes into this fight 18-4 in the MMA and 7-4 in the UFC. She is coming off two wins in a row with the last one coming back in May of this year. She is a decent striker, averaging 3.40 significant strikes per minute. Her striking defense is shakier however, absorbing 4.53 strikes. She actually looks to be a better grappler than her opponent, averaging 3.13 takedowns per every 15 minutes. Her takedown accuracy is 45% and she defends them at an accuracy of 58%.

I like Yan in this spot because she is a much better striker. Her takedown defense is huge as well, and therefore I will back her to win this fight.

Tanner Boser is 19-6-1 in the MMA with a UFC record of 3-1. His last two fights have resulted in wins, each coming by either KO or TKO. Thus, showing the power Boser has, averaging 4.54 strikes per minute. He also absorbs just 2.85 strikes and has been knocked out just once in his career.

Andrei Arlovski is a seasoned veteran in the MMA, given his 29-19 record overall. He is 18-13 in this UFC, but is starting to become more inconsistent, winning just two of this last seven fights. He is averaging 3.54 strikes per minute an absorbing 2.69 strikes. Though it is worth noting that Arlovski has lost by KO/TKO 11 times in his career and seven times in the UFC.

Boser looks to be making strides in the Heavyweight division, so I will back him to get the job done rather easily.