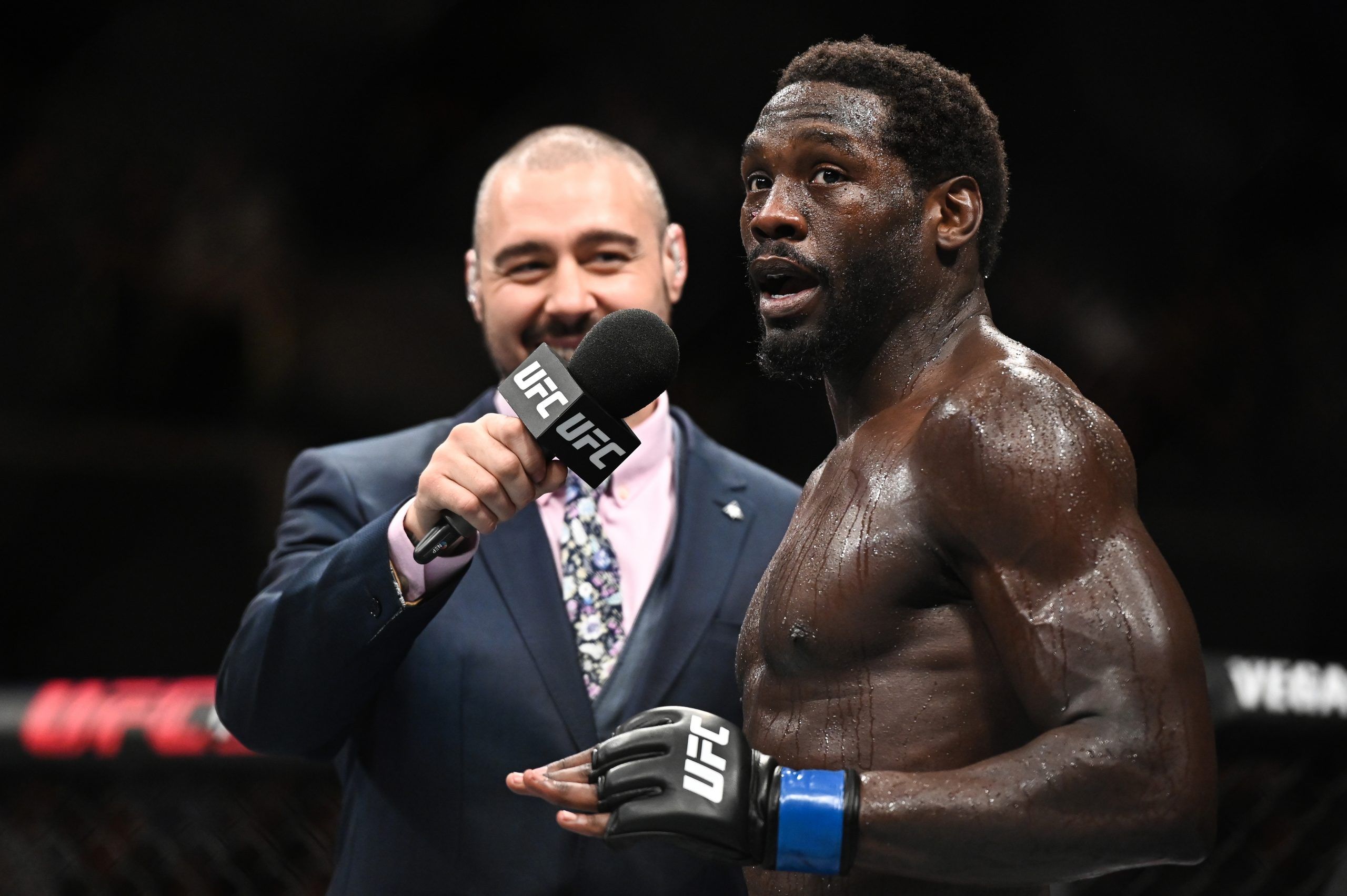 Matthew has been with Pickswise for a while now, covering a wide variety of sports. His main passions are college football and UFC, and those are the sports he has covered the most. Matthew uses a variety of methods to handicap games, including stats, trends, injuries, and situational factors. His goal is to consistently give out winners and will put in the research to try and achieve this.
@Sixfigurematt
Updated: 12:53 PM ET August 20, 2021

UFC on ESPN 29 takes place on Saturday at the UFC Apex in Las Vegas, Nevada. The card will feature a middleweight fight as the main event.

Here is our favorite four-fight parlay for UFC on ESPN 29 that pays at odds of +745. Be sure to check out the rest of our UFC on ESPN 29 predictions for the full 12-fight card.

Jared Cannonier comes into this fight with an MMA record of 13-5. He is 6-5 in the UFC, most recently losing to Robert Whittaker by unanimous decision back in October of 2020. Cannonier is averaging 3.70 significant strikes per minute and has a striking accuracy of 52%. He is absorbing 3.09 strikes and has a striking defense of 64%. His grappling on the other hand, has not been great. Cannonier is averaging just 0.16 takedowns per every 15 minutes. His takedown accuracy is 33% and his takedown defense is 54%.

Kelvin Gastellum has become very inconsistent as of late, losing 3 of his last 4 fights. Cannonier on the other hand, has plenty of power as shown by his 5 KO/TKO wins in 11 UFC fights. His striking is better and he does a better job at avoiding damage. For that reason, backing Cannonier will be the play and using him in a parlay also looks to be a solid option.

Mark Madsen comes into this fight 2-0 in the UFC, most recently beating Austin Hubbard by unanimous decision back in March of 2020. He is averaging 2.28 significant strikes per minute and has a striking accuracy of 42%. He is absorbing 2.53 strikes and has a striking defense of 46%. His grappling is where he will look to dominate, averaging 8.33 takedowns per every 15 minutes. His takedown accuracy is 64% and he has not had to defend a takedown yet in the UFC.

There is no doubt that Clay Guida is a veteran in the UFC, but Madsen has been more than impressive to start his MMA career and his UFC career. Madsen has a clear advantage in the grappling department and that looks like it will be the biggest difference here. For that reason, backing Madsen will be the play.

William Knight comes into this fight 3-1 in the UFC, most recently losing to Da-Un Jung by unanimous decision back in April of this year. Knight is averaging 3.56 significant strikes per minute and has a striking accuracy of 74%. He is absorbing 2.56 strikes and has a striking defense of 34%. His grappling is also very good, averaging 2.56 takedowns per every 15 minutes. His takedown accuracy is 53% and his takedown is 40% after getting takedown 8 times in his most recent fight.

Fabio Cherant has not looked good at all in the UFC, losing both of his fights inside the distance. Knight did lose last time out, but he is better is pretty much every stat. For that reason, backing Knight will be the play here and looking to use him in a parlay also looks good.

Bea Malecki comes into this fight 2-0 in the UFC. Malecki is averaging 6.78 significant strikes per minute and has a striking accuracy of 46%. She is absorbing 6.13 strikes and has a striking defense of 62%. She has not landed any takedowns so far in the UFC, but is still averaging 1.4 submission attempts per every 15 minutes. Her takedown defense is also 78%.

Josiane Nunes comes into this fight with an MMA record of 7-1. She will be making her UFC debut here after having won her last 6 fights in a row. Nunes has an impressive finish rate so far in her career, winning 6 times by TKO/KO.

This fight feels more evenly matched than what the odds may suggest. Malecki has won 3 of 4 fights by a finish and has an advantage on the ground. Nunes has already shown tremendous power, so she will likely want this fight to stay standing. Because both ladies have a solid finish rate, backing this fight to end inside the distance will be the play.