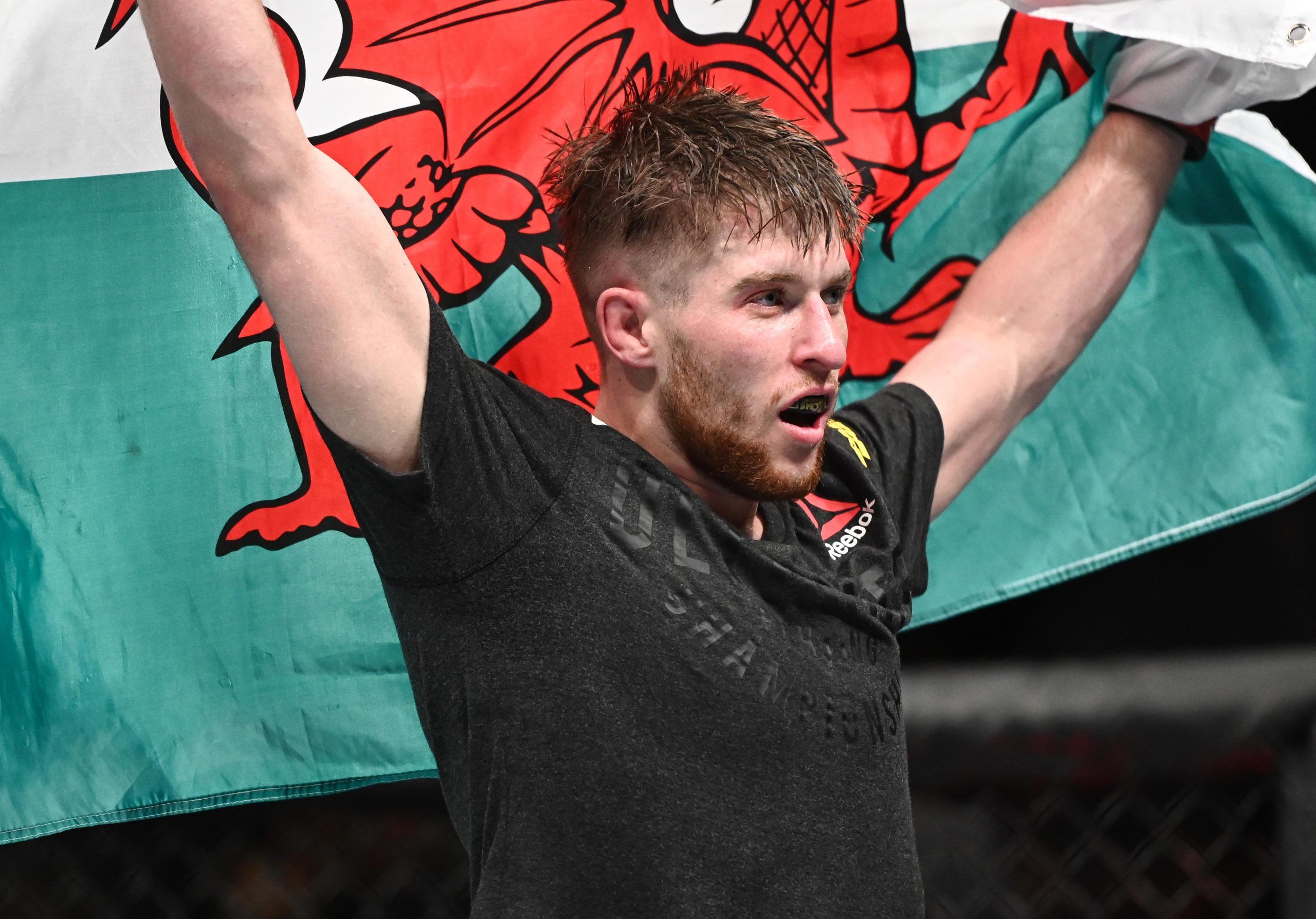 Matthew has been with Pickswise for a while now, covering a wide variety of sports. His main passions are college football and UFC, and those are the sports he has covered the most. Matthew uses a variety of methods to handicap games, including stats, trends, injuries, and situational factors. His goal is to consistently give out winners and will put in the research to try and achieve this.
@Sixfigurematt
Updated: 11:34 AM ET July 15, 2020

A quick turnaround from UFC 251 will see UFC Fight Island 1 take place in a mid-week event. There are plenty of options to bet, but finding a worthy parlay can be difficult with all the big favorites.

Here is our favorite three-fight parlay that pays at odds of +194. Be sure to check out the rest of our UFC Fight Island 1 predictions for the full 11-fight card.

Jack Shore will kick off the UFC Fight Island 1 card as he takes on Aaron Phillips. Shore comes in as the biggest favorite of the night and riding high after winning his UFC debut in his most recent fight. What is most impressive about Shore so far is how balanced his fighting style is. He is landing an average of 3.58 significant strikes per minute and his striking accuracy is 50%. As for his striking defense, Shore absorbs just 0.47 significant strikes per minute. You could say he is even better at the ground game, where he averages 4.67 takedowns per every 15 minutes and 1.2 submission attempts during the same time period.

Aaron Phillips will be returning to the UFC for the second time after having gone 0-2 in the top promotion way back in 2014. Phillips is a weak striker, averaging just 1.87 significant strikes per minute. He absorbs 3.33 strikes per minute and has a striking defense of just 40%. Furthermore, he has a takedown defense of 35%, making this fight a huge uphill battle for him. Considering that Shore has finished 11 of his 12 fights inside the distance, there is no way Phillips should have a chance here.

Diana Belbita comes into this fight with an MMA record of 13-5. She lost her UFC debut to Molly McCann by unanimous decision. What Belbita does extremely well is stand up and fight. She is averaging 6.53 significant strikes per minute.

Liana Jojua is 7-3 in the MMA, and is also coming off a loss in her UFC debut. Her loss was to Sarah Moras and it came by TKO in the third round. Jojua is not the greatest striker, averaging just 1.53 significant strikes per minute. She was out-struck by Moras 44 to 19 in her debut and I believe it could be even worse here. Given the striking ability of Belbita, she will be too much to handle and will earn her first UFC win.

Ricardo Ramos is looking to continue his impressive run as he takes on Lerone Murphy at UFC Fight Island 1. Ramos has posted an MMA record of 14-2, with a record of 5-1 in the UFC. He also has been just an average striker, landing 3.05 significant strikes per minute. To compliment his striking, Ramos averages 2.13 takedowns per every 15 minutes. He has a takedown accuracy of 64% and a takedown defense of 75%. He also averages 0.7 submission attempts per every 15 minutes and has 7 wins by submission in his career.

Lerone Murphy has the undefeated narrative going for him, however he has not looked that impressive. He made his UFC debut back in September of 2019, in which the fight ended in a draw. He is averaging just 1.87 significant strikes per minute, with an accuracy of 35%. Another concern is that Murphy’s takedown defense is only 25%. He was taken down 6 times in his UFC debut, and I am expecting more of the same here.