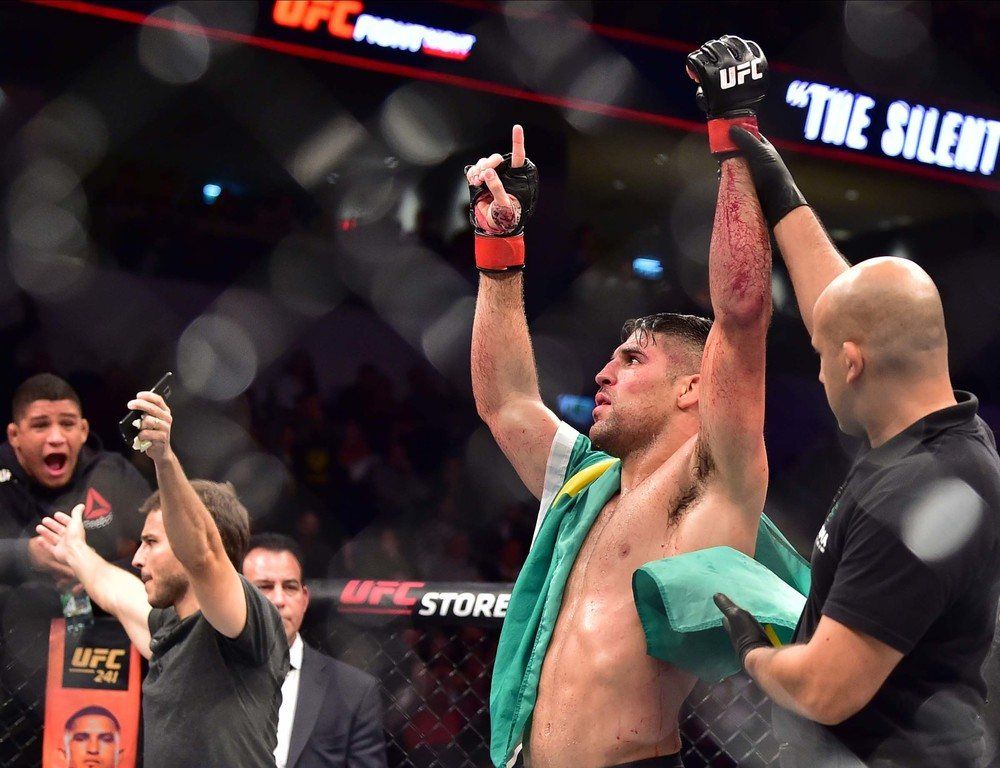 Matthew has been with Pickswise for a while now, covering a wide variety of sports. His main passions are college football and UFC, and those are the sports he has covered the most. Matthew uses a variety of methods to handicap games, including stats, trends, injuries, and situational factors. His goal is to consistently give out winners and will put in the research to try and achieve this.
@Sixfigurematt
Updated: 8:05 AM ET August 01, 2020

We are back in Las Vegas, Nevada for the next UFC event, which is headlined by a Main Event featuring a potential superstar.

Vicente Luque enters this fight as the #11 contender in the Welterweight division. He is 18-7-1 in his MMA career and 11-3 in the UFC. He most recently beat Niko Price by TKO back in May at UFC 249. This was his 16th overall win inside the distance and 10th in the UFC. Luque is a high quality striker, averaging 5.66 significant strikes per minute. The one issue with this style of fighting is he can tend to take a ton of damage. Absorbing 5.79 strikes per minute, though he has never been knocked out in his career, further proving how strong his chin is.

In the end, the quality striking from Luque is going to prove to be too much. Luque rarely goes to a decision, so I look for him to win this fight by any finish. If you are feeling risky, you can also take Luque to win by only KO/TKO at around +220.

Chris Gutierrez/Cody Durden: Fight to go the Distance – No (+126)

Chris Gutierrez comes into this fight posting an MMA record of 15-4. He is 3-1 in the UFC after most recently beating Vince Morales by TKO at UFC on ESPN 9 back in May of this year. His striking has been fantastic so far in the UFC, averaging 4.17 significant strikes per minute. He out-struck his opponent 60 to 8 in his most recent fight, landing 36 of his 45 leg kicks which ultimately was the reason why he won.

Cody Durden will make his UFC debut after starting 11-2 in the MMA. Durden is known to finish fights, winning by KO/TKO 5 times and by submission 5 times as well. Also, 8 of his 13 career fights have ended in the first-round, so we could see a quick one here. With both guys showing the ability to finish fights, I would rather take this fight to end inside the distance than pick an outright winner.

Frankie Saenz comes into this fight 13-6 in the MMA and 5-4 in the UFC. He has started to become an inconsistent fighter though, losing 4 of his last 6 fights. He also has not fought in 16 months which could play a factor in how ready he will be. Saenz is averaging 3.97 significant strikes per minute at an accuracy of 46%. He also will look for the takedown, averaging 1.77 per every 15 minutes. Though his takedown accuracy is 32%.

Jonathan Martinez enters this fight 11-3 in his MMA career and 2-2 in the UFC. He is landing 3.67 significant strikes per minute, absorbing 3.45 strikes. Martinez does not have much success with takedowns however, averaging just 0.51 per every 15 minutes. Plus, his takedown accuracy is 28% and his takedown defense is 33%. Most importantly, Martinez has seen 3 of his 4 UFC fights go to the scorecards and 7 of Saez’s 9 UFC fights have done the same. I do not really want to back either guy, so a fight to go the distance would be my pick.