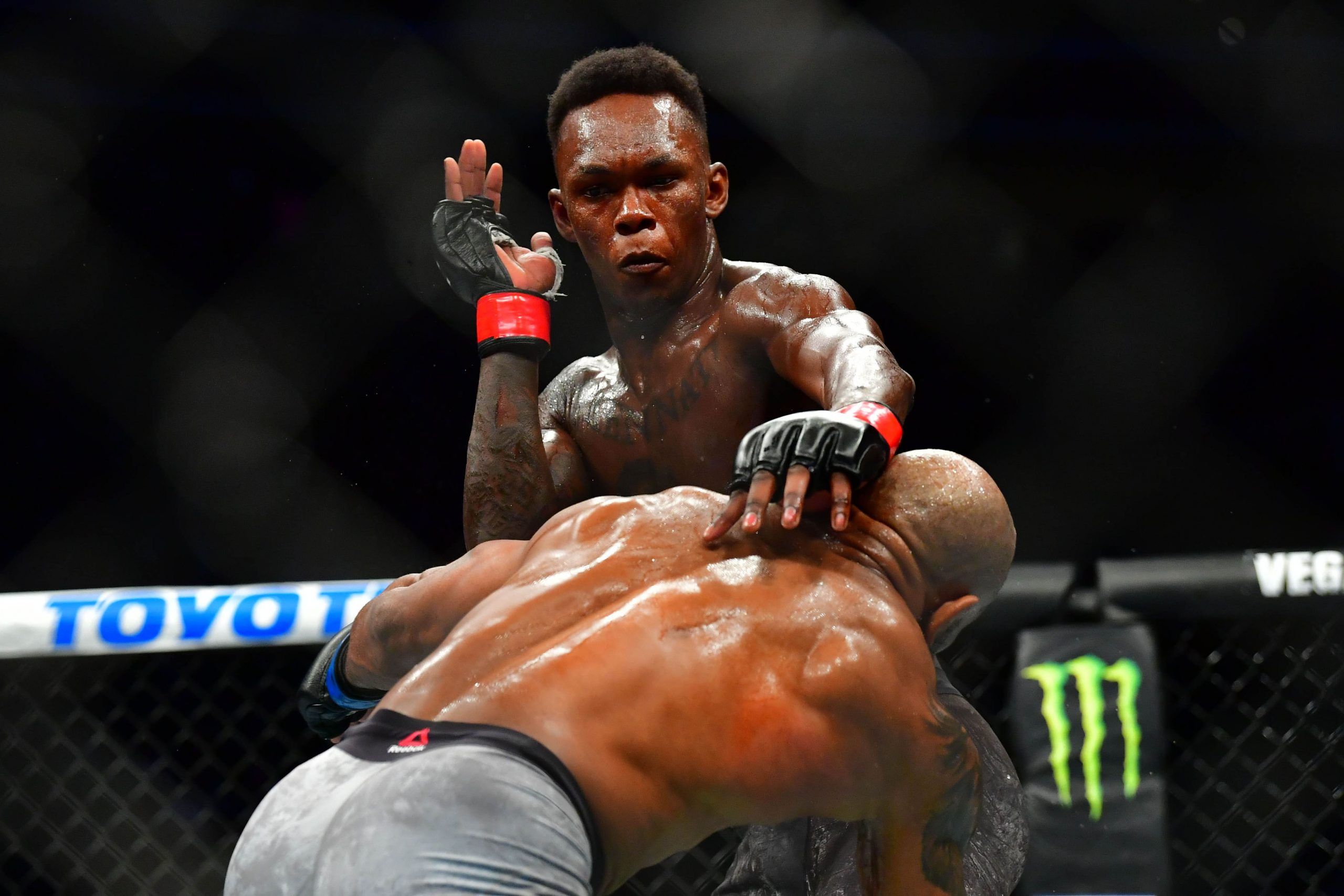 We are headed back to Fight Island for UFC 253 and this weeks’ card will feature a Middleweight title fight as the Main Event.  Israel Adesanya looks to remain undefeated and defend his belt against challenger, Paulo Costa.

We’ll share our UFC 253 best bets here but head over to our main UFC 253 predictions homepage, if you want, picks for every fight on the main and preliminary card. Please gamble responsibly when following our MMA picks and predictions.

Current titleholder, Israel Adesanya will defend his Middleweight title here as he takes on challenger, Paulo Costa. Adesanya is a perfect 19-0 in the MMA and 8-0 in the UFC. He most recently beat Yoel Romero by unanimous decision back in March of this year. Adesanya is a pure striker, averaging 3.96 significant strikes per minute at 48% accuracy. His striking defense has also been world-class, absorbing 2.40 strikes per minute.

Costa is also perfect in the MMA, posting a record of 13-0 with a record of 5-0 in the UFC. His striking is even better, averaging 8.43 strikes per minute at an accuracy of 57%. Though at the same time, he is absorbing 6.84 strikes.

Seeing that neither guy has even lost a fight, I think we are going to be in for quite the battle. Because it is a title fight, I think this one will go at least several rounds, so I will back the over 2.5 rounds here.

Dominick Reyes recently suffered his first loss to Jon Jones back in February of this year. Reyes is averaging 4.88 significant strikes per minute, landing them at 49% accuracy. He absorbs 3.00 strikes per minute and has never once been knocked out.

Reyes has never been finished in his career, with that fight against Jon Jones having gone the distance. Blachowicz has been knocked out just once in the UFC. In an important fight like this, both guys are going to go all out, but at the same time they are going to focus on their defense. I am going to take this fight to go over 2.5 rounds and will look for a possible finish in round four or five.

It will be the UFC debut for Knight, who has a quick turnaround after his Dana White Contender Series win at the beginning of September. He won this fight by TKO and did so in the first round. Knight is averaging 6.61 significant strikes per minute and is landing them at an impressive 78% accuracy. Knight has finished all of his wins, all by KO/TKO. Though Knight has plenty of skill grappling as well, averaging 3.54 takedowns per every 15 minutes.

Camur is a perfect 6-0 in the MMA and is 1-0 in the UFC. His UFC debut win came against Justin Ledet back in January of this year. Ledet is averaging 5.96 strikes per minute at an accuracy of 53%. He is only absorbing 2.45 strikes per minute, so it may be even harder for Knight to knock him out.

Overall, Knight is the more balanced fighter. He looked UFC ready in that recent Contender Series fight, so I will back him here to win his debut.