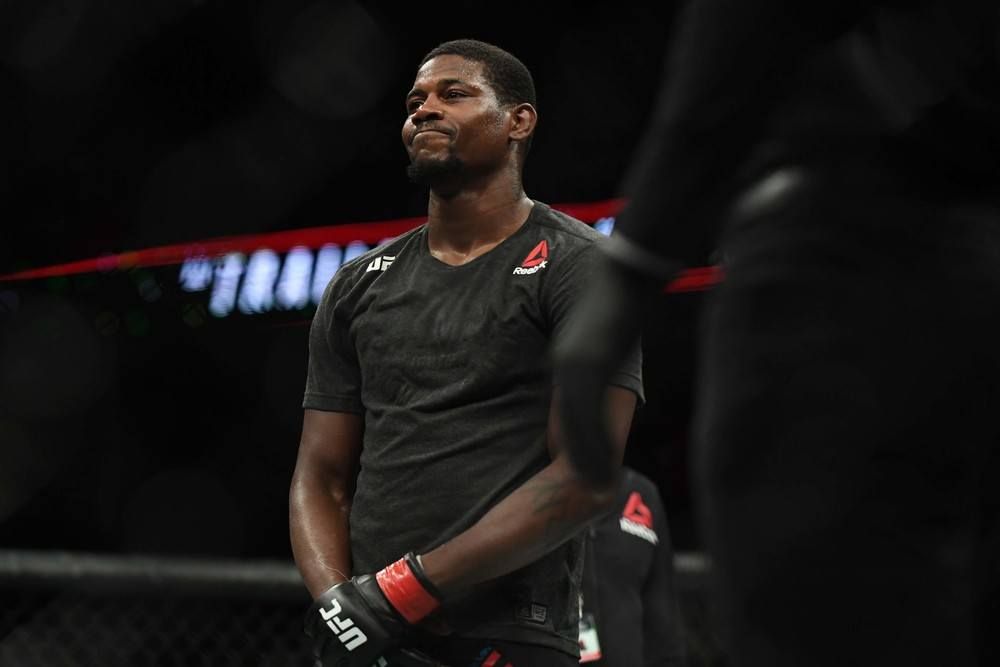 We are in Las Vegas this week at the UFC Apex for UFC 256. This weeks’ Main Event will feature a Flyweight title fight.

We’ll share our UFC 256 best bets here but head over to our main UFC 256 predictions homepage if you want picks for every fight on the main and preliminary card. Please gamble responsibly when following our MMA picks and predictions.

Kevin Holland is starting to make even more noise in the division, winning his last four fights in a row. He is now 7-2 in the UFC and will be looking to climb the rankings even more with a win over a veteran. Holland averages 4.68 significant strikes per minute, landing them at 56% accuracy. He also has great defense, absorbing just 2.80 strikes per minute. His grappling is improving, averaging just 1.21 takedowns per every 15 minutes.

Jacare Souza comes into this fight 26-8 in the MMA. He has lost his last two fights and three of his last four. He also has not fought since August of 2019. Souza is averaging 2.56 significant strikes per minute an absorbing 2.81 strikes. He is also very dangerous when grappling, averaging 2.46 takedowns per every 15 minutes and 1.4 submission attempts during the same time period. The only issue is his takedown accuracy is just 38%.

I actually like Holland in this spot. He has become a dark horse in the Middleweight division and is getting plus money. I do believe he is the better striker and will do enough to continue to make a name for himself.

Ciryl Gane is a perfect 6-0 in the MMA so no wonder he is one of the biggest favorites on the entire card. He is 3-0 in the UFC and most recently beat Tanner Boser by unanimous decision back in December of 2019. Gane is averaging 5.12 significant strikes per minute and is landing them 49% of the time. He is absorbing 2.09 strikes and has a striking defense of 73%. Gane also has some grappling ability, averaging 1.32 takedowns per minute. He lands his takedowns 60% of the time and defends them 100% of the time.

Junior Dos Santos is an MMA veteran and comes into this fight 21-8. He has lost his last three fights, all by TKO. He is averaging 4.59 significant strikes per minute an absorbing 3.19 strikes. Dos Santos has not shown much grappling ability, averaging just 0.31 takedowns per every 15 minutes. He does defend takedowns 81% of the time, which could be crucial.

Gane has power, but he does not seem to have one-punch KO power. Dos Santos has the one-punch KO power, but he seems to be getting slower every time he steps into the Octagon. Plus, Gane’s chin has been near perfect so far, so I do not see us getting a quick finish. Like a few of his other fights, I think Gane will wear Dos Santos down in the first couple of rounds and will finish him in the 3rd. As a result, I will be backing this fight to go over 1.5 rounds.

Daniel Pineda comes into this fight 27-13 in the MMA and 4-4 in the UFC. He won his most recent fight, beating Herbert Burns back in August of this year by TKO. That was actually his first UFC fight since 2014, so he is looking to make a second run at a potential title shot. He is averaging 3.45 significant strikes per minute, while absorbing 2.28 strikes. His grappling is also decent, averaging 1.47 takedowns per every 15 minutes. He also averages 1.7 submission attempts during the same time period, which is how he has 18 submission wins in his career.

Cub Swanson comes into this fight with an MMA record of 26-11. He is 11-7 in the UFC and just snapped a three-fight losing streak with a win back in October of 2019. Swanson is averaging 4.59 significant strikes per minute and is absorbing 3.65 strikes. He is also averaging 1.06 takedowns per every 15 minutes and defends them 60% of the time.

Swanson does not have a perfect finish rate like Pineda does, but he has plenty of power to end this fight. Pineda can knock you out or submit you, which is why I will look for this fight to end inside the distance.