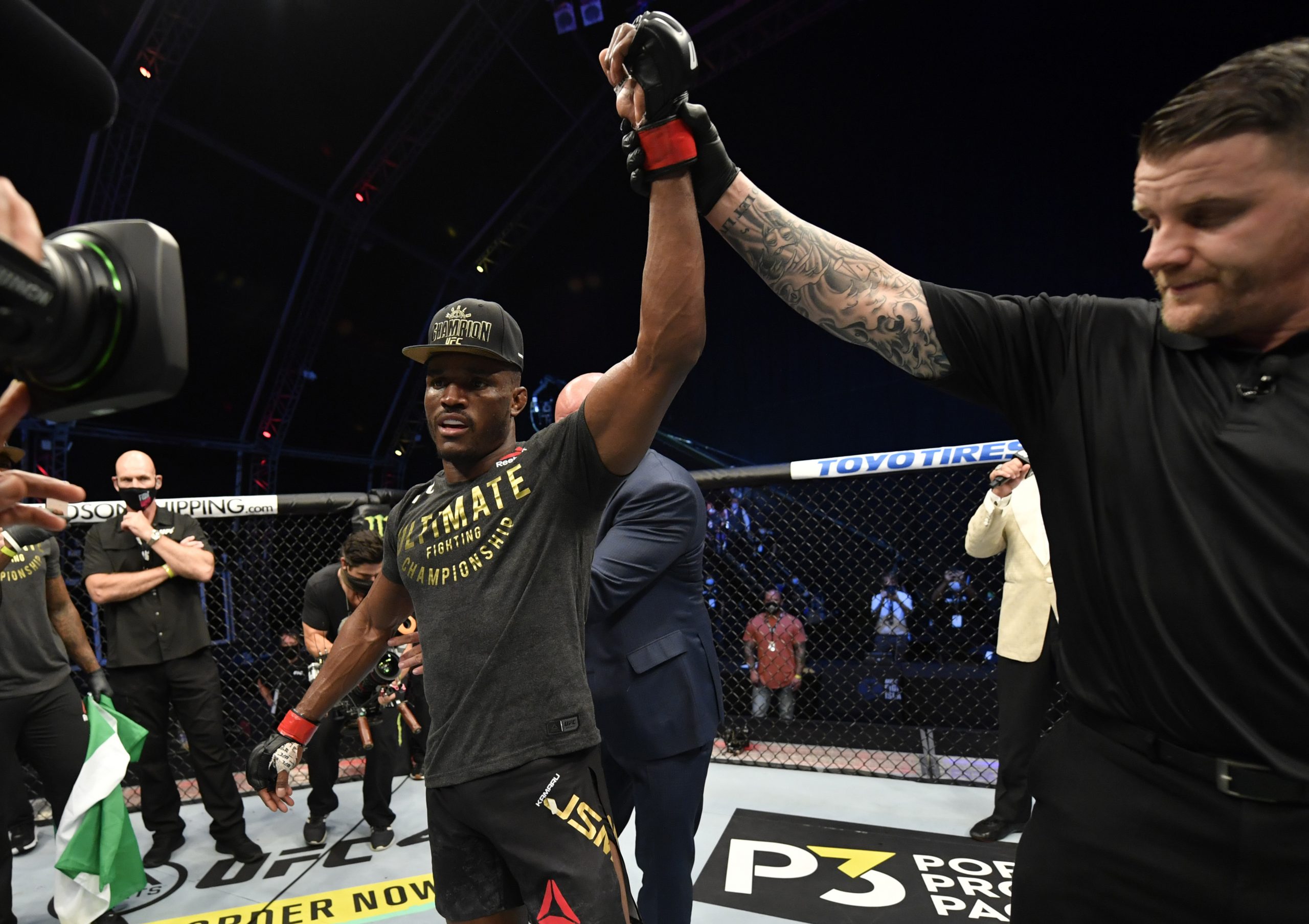 We are back in Las Vegas at the UFC Apex for UFC 258. The Main Event this week will feature a Welterweight title fight.

We’ll share our UFC 258 best bets here but head over to our main UFC 258 predictions homepage if you want picks for every fight on the main and preliminary card. Please gamble responsibly when following our MMA picks and predictions.

The Main Event at UFC 258 will see Kamaru Usman take on Gilbert Burns for the Welterweight title. Usman is the clear favorite and has an MMA record of 17-1. He is 12-0 in the UFC, most recently beating Jorge Masvidal by unanimous decision at UFC 251. Usman is an elite striker, averaging 4.50 significant strikes per minute and has a striking accuracy of 53 percent. He is absorbing only 2.23 strikes per minute and has never been knocked out. Usman is also an elite grappler. He is averaging 3.38 takedowns per every 15 minutes and has a takedown accuracy of 47 percent. More impressively, his takedown defense has been perfect.

Usman has won nine of his 12 UFC fights by decision and the fight against Covington was 60 seconds from being the same result. I am going to back him here to win by decision and to retain his Welterweight title.

Be sure to check out our full fight preview for Kamaru Usman vs. Gilbert Burns.

The Co-Main Event at UFC 258 will see Maycee Barber take on Alexa Grasso in a Women’s Flyweight division fight. Maycee Barber comes into this fight with an MMA record of 8-1. She is 4-1 in the UFC after losing her first fight back in January of 2020. Note this has been a long layoff, partly because she tore her ACL in her loss to Roxanne Modafferi. In the UFC, Barber is averaging 6.02 significant strikes per minute, landing them 60 percent of the time. She is absorbing 3.15 strikes per minute and has a striking defense of 49 percent. Barber is decent with her grappling ability as well, averaging 0.95 takedowns per every 15 minutes. Though her takedown accuracy is only 30 percent. She does defend takedowns 80 percent of the time, so that will be a huge boost in this fight.

Before her injury, Barber had won her first four UFC fights by KO/TKO, so clearly she is known for her power. As a result, I think Barber’s striking can be the difference here and will back her on the money line to get the job done.

Be sure to check out our full fight preview for Maycee Barber vs. Alexa Grasso.

Here we will see Belal Muhammad take on Dhiego Lima in a UFC Welterweight division fight. Muhammad comes into this fight with an MMA record of 17-3 and 8-3 in the UFC. He is currently on a three-fight win streak and has won seven of his last eight fights. Most recently, he beat Lyman Good by unanimous decision back in June of 2020. He is averaging 4.48 significant strikes per minute and has a striking accuracy of 42 percent. He is absorbing 3.97 strikes and has a striking defense of 59 percent. His grappling is also solid, averaging 2.13 takedowns per every 15 minutes. The only issue is that his takedown accuracy is 30 percent, however his takedown defense is 83 percent.

Muhammad has more often than not won by decision. In fact, six of his eight UFC wins have been determined by the judges. His last win by KO/TKO was back in 2016, so even though Lima’s chin could be a problem, I do not see Muhammad generating enough power to knock him out. Both guys have solid takedown defenses too, so backing Muhammad to win by decision will be my play.

Be sure to check out our full fight preview for Belal Muhammad vs. Dhiego Lima.