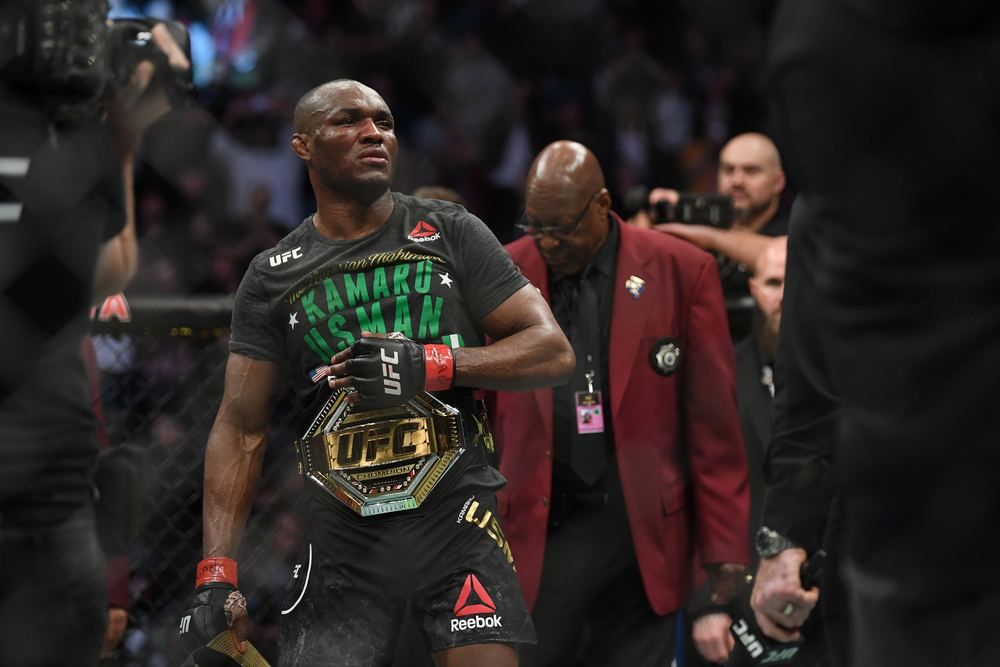 Matthew has been with Pickswise for a while now, covering a wide variety of sports. His main passions are college football and UFC, and those are the sports he has covered the most. Matthew uses a variety of methods to handicap games, including stats, trends, injuries, and situational factors. His goal is to consistently give out winners and will put in the research to try and achieve this.
@Sixfigurematt
Updated: 12:54 PM ET April 23, 2021

The fans are back as we are headed to Jacksonville, Florida this week for UFC 261. This weeks card will feature three title fights, headlined by the Welterweight title as the Main Event.

We’ll share our UFC 261 best bets here but head over to our main UFC 261 predictions homepage if you want picks for every fight on the main and preliminary card. Please gamble responsibly when following our MMA picks and predictions.

Kamaru Usman comes into this fight with an MMA record of 18-1 and basically looks unbeatable. He is 13-0 in the UFC and pretty much dominates every time he steps in the Octagon. Usman is averaging 4.66 significant strikes per minute and landing them 54 percent of the time. He is absorbing 2.33 strikes and has a striking defense of 58 percent. Usman also is a very good grappler, averaging 3.22 takedowns per every 15 minutes. He has a takedown accuracy of 47 percent and has a takedown defense of 100 percent. Usman has won nine of his 13 UFC fights by decision, so because Jorge Masvidal is still a formidable opponent, that is what I will be backing here as well.

Weili Zhang comes into this fight 5-0 in the UFC after successfully defending her belt against Joanna Jedrzejczyk back in March of 2020. Zhang is averaging 6.38 significant strikes per minute and has a striking accuracy of 45 percent. She is absorbing 4.43 strikes and has a striking defense of 53 percent.

Rose Namajunas comes into 7-3 in the UFC. She is coming off a split decision win over Jessica Andrade. Namajunas is averaging 4.13 significant strikes per minute and is landing them 40 percent of the time. She is absorbing 3.98 strikes and has a striking defense of 60 percent.

Having seen both women go the distance in their last fight suggests that this fight is going to be a brawl. Namajunas could be vulnerable to a submission, but Zhang does not tend to fight on the ground that often. Both ladies can absorb a ton, which is why I am going to look for this fight to go the distance.

Valentina Shevchenko vs. Jessica Andrade Fight to go the Distance – No (-125)

Valentina Shevchenko comes into this fight 9-2 in the UFC and has won six fights in a row. It is worth noting that Shevchenko has only lost to Amanda Nunes in the UFC, who we know is on another level, so we cannot fault her for these two losses too much. Shevchenko is averaging 2.98 significant strikes per minute and has a striking accuracy of 50 percent. She is absorbing 2.03 strikes and has a striking defense of 62 percent. Her grappling is also very good, averaging 2.21 takedowns per every 15 minutes. She has a takedown accuracy of 58 percent and a takedown defense of 75 percent.

Jessica Andrade comes into this fight 12-6 in the UFC. Her most recent fight was a win against Katlyn Chookagain by TKO/KO in October of 2020. Andrade is averaging 6.38 significant strikes per minute and has a striking accuracy of 49 percent. She is absorbing 5.26 strikes and has a striking defense of 53 percent. Andrade is a very solid grappler, averaging 3.11 takedowns per every 15 minutes. She has a takedown accuracy of 57 percent and a takedown defense of 76 percent.