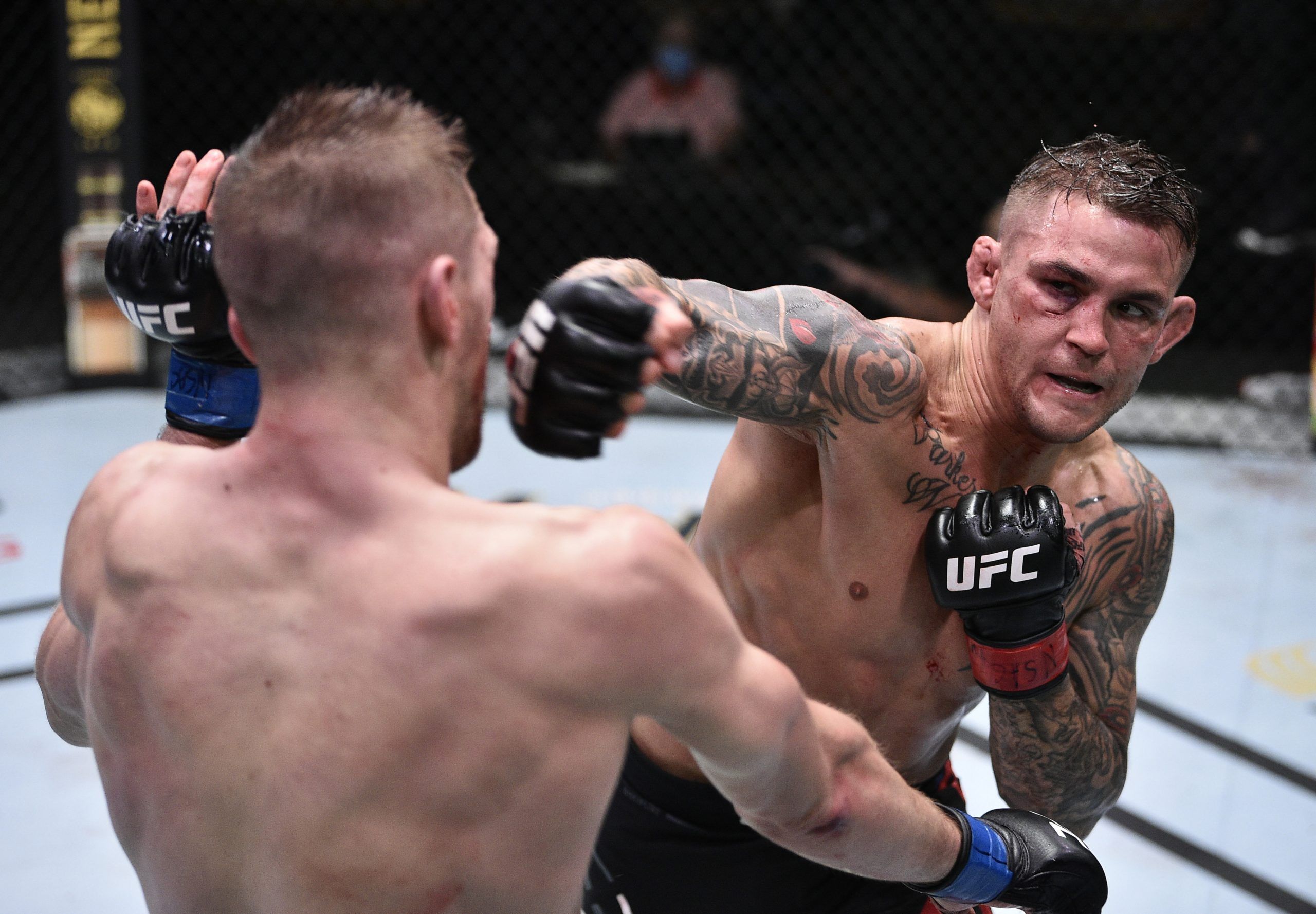 Matthew has been with Pickswise for a while now, covering a wide variety of sports. His main passions are college football and UFC, and those are the sports he has covered the most. Matthew uses a variety of methods to handicap games, including stats, trends, injuries, and situational factors. His goal is to consistently give out winners and will put in the research to try and achieve this.
@Sixfigurematt
Updated: 5:26 AM ET July 10, 2021

UFC 264 takes place in Las Vegas, Nevada. However, this time there will be fans will be in attendance. The card will feature a lightweight fight as the main event.

We’ll share our UFC 264 best bets here but head over to our main UFC 264 predictions page for picks for every fight on the main and preliminary card. Please gamble responsibly when following our MMA picks and predictions.

Dustin Poirier comes into this fight with an MMA record of 27-6. He is 20-6 after his win against McGregor in January. He will be looking for his second win in a row against McGregor and a shot at the lightweight title. Poirier is also a striker, averaging 5.59 significant strikes per minute, while having a striking accuracy of 50 percent.

He is absorbing 4.17 strikes and has a striking defense of 54 percent. The one difference with Poirier is that he can grapple. He is averaging 1.47 takedowns per every 15 minutes and even though his takedown accuracy is only 36 percent, this could be the area that makes the difference.

Poirier showed me a ton in that previous fight with Conor McGregor and as a result, I like him to win here. Betting against McGregor is always scary, but Poirier has proved he is a world-class fighter and his balanced style can help him take this fight.

Tai Tuivasa comes into this fight with an MMA record of 12-3. He is 5-3 in the UFC, coming off back-to-back wins. His most recent win was against Harry Hunsucker in March. Tuivasa is averaging 4.38 significant strikes per minute and is landing them 50 percent of the time. He is absorbing 3.44 strikes and has a striking defense of 50 percent. Do not expect much grappling from Tuivasa in this fight, while he also only defends takedowns 46 percent of the time.

Even though he has a decent UFC record, Greg Hardy has not really impressed that much. His wins are not against the best fighters, so I like Tuivasa in this spot. Tuivasa has proved he has plenty of power and that should be enough to win his third fight in a row.

Yana Kunitskaya comes into this fight with an MMA record of 14-5. She is 4-2 in the UFC, most recently beating Ketlan Vieira by unanimous decision in February. Kunitskaya is averaging 4.22 significant strikes per minute and has a striking accuracy of 57 percent. She is absorbing 2.62 strikes and has a striking defense of 51 percent.

Her grappling is also solid better, averaging 1.62 takedowns per every 15 minutes. Her takedown accuracy is 53 percent and her takedown defense is 50 percent.

Even though Irene Aldana has a solid takedown defense, she was taken down five times by Holly Holm in her last fight. This is obviously a concern, and because Kunitskaya is a more balanced fighter, I like here to win her third fight in a row.