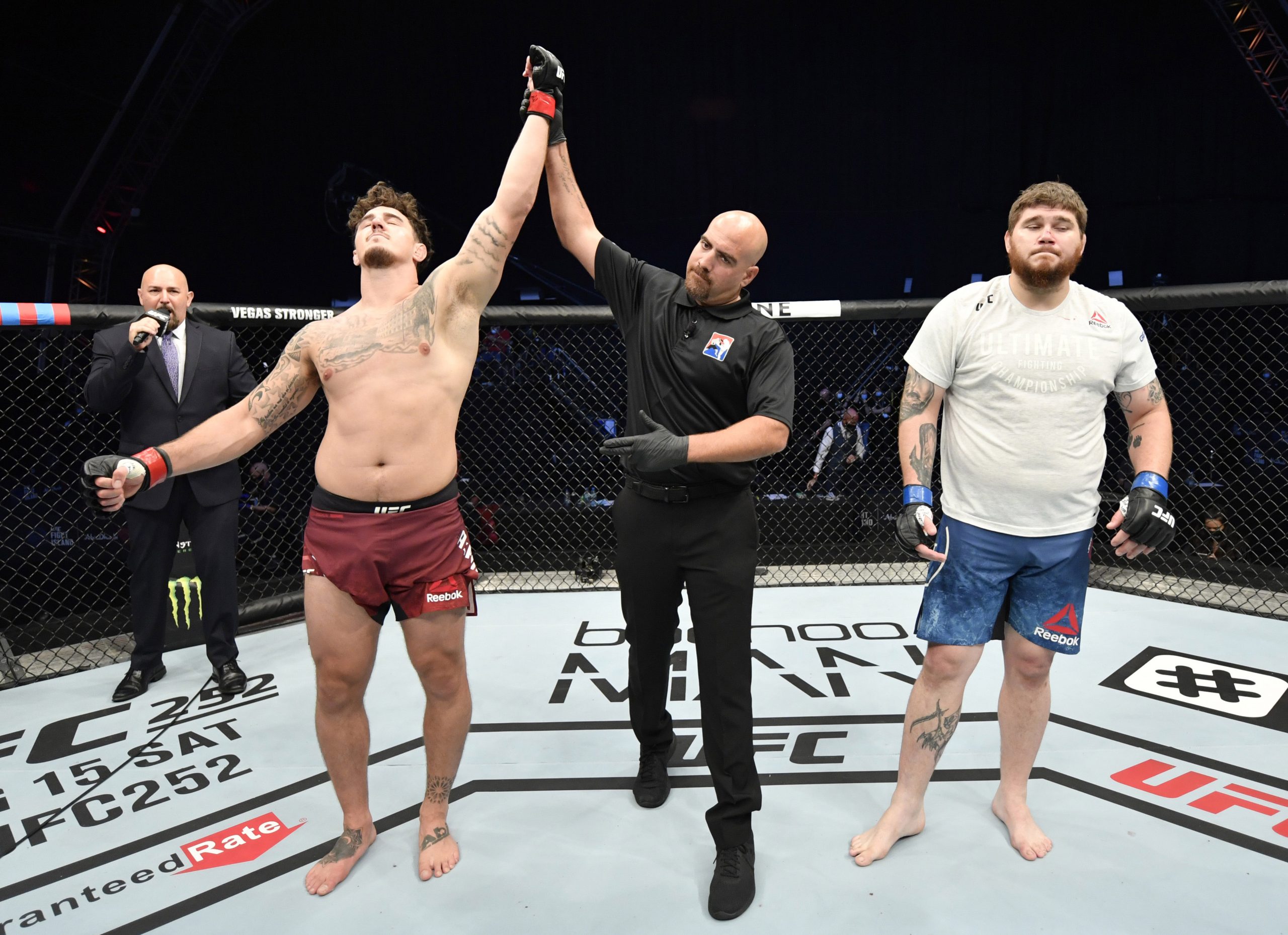 We are back in Las Vegas at the UFC Apex for UFC Fight Night 185. The Main Event this week will feature a Heavyweight fight.

Phil Hawes is coming off a win in his official UFC debut, beating Jacob Malkoun by KO in the first-round. Hawes is averaging 4.14 significant strikes per minute, landing his strikes 49 percent of the time. He does absorb 4.81 strikes, but has only ever been knocked out once. He has some grappling ability, landing 1.68 takedowns per every 15 minutes, but only lands them with an accuracy of 14 percent.

Hawes has already shown an insane amount of power, while Imavov will look to fight on the ground. The only problem with Imavov is that his takedown accuracy is only 12 percent. Hawes’ striking ability will more than likely be the difference, which is why Hawes on the money line will be my play.

Curtis Blaydes comes into this fight with an MMA record of 14-2. He is 9-2 in the UFC with both losses coming against Francis Ngannou. Since his second loss to Ngannou in 2018, Blaydes has won four fights in a row and appears to be on his way to a title shot. He is averaging 3.55 significant strikes per minute, while absorbing only 1.73 strikes. Where Blaydes really excels is with his wrestling ability. He is averaging 6.33 takedowns per every 15 minutes and lands his takedowns 55 percent of the time.

Derrick Lewis comes into this fight with an MMA record of 24-7. He is 15-5 in the UFC and has won three fights in a row. Lewis is averaging 2.64 significant strikes per minute and has 19 KO/TKO wins in his career. He is absorbing 2.09 strikes per minute, but has lost four times by KO/TKO. Lewis’ grappling is certainly not a strong area, averaging 0.54 takedowns per every 15 minutes. I expect this fight to end up on the ground quite a lot which does not bode well for Lewis.

Yes, Lewis has plenty of power, but the wrestling from Blaydes is likely going to be the difference. His ground and pound ability is far too strong, so I believe we are going to see a win by Blaydes and I am backing him to do so by KO/TKO.

Tom Aspinall comes into this fight looking like one of the top prospects in the Heavyweight division. He is now 9-2 in MMA and 2-0 in the UFC. His most recent win came against Alan Baudot by TKO/KO in the first round. His striking continues to look elite, averaging 11.14 strikes per minute and landing them 74 percent of the time. He is absorbing 2.77 strikes per minute, but has never been knocked out in his career. His grappling ability also looks elite right now, averaging 6.43 takedowns per every 15 minutes. His takedown accuracy is 100 percent and he has yet to be taken down in the UFC.

Andrei Arlovski comes into this fight 30-19 in MMA and is coming off back to back wins by decision. His most recent win came against Tanner Boser back in November of 2020. He is averaging 3.48 significant strikes per minute and is absorbing 2.77 strikes. His grappling is not a strong area, averaging just 0.36 takedowns per every 15 minutes. His takedown accuracy is 36 percent, while his takedown defense is 79 percent. It is also worth noting that Arlovski has lost by KO/TKO 11 times in his career and seven times in the UFC.