UFC predictions, picks and best bets for UFC on ESPN 19 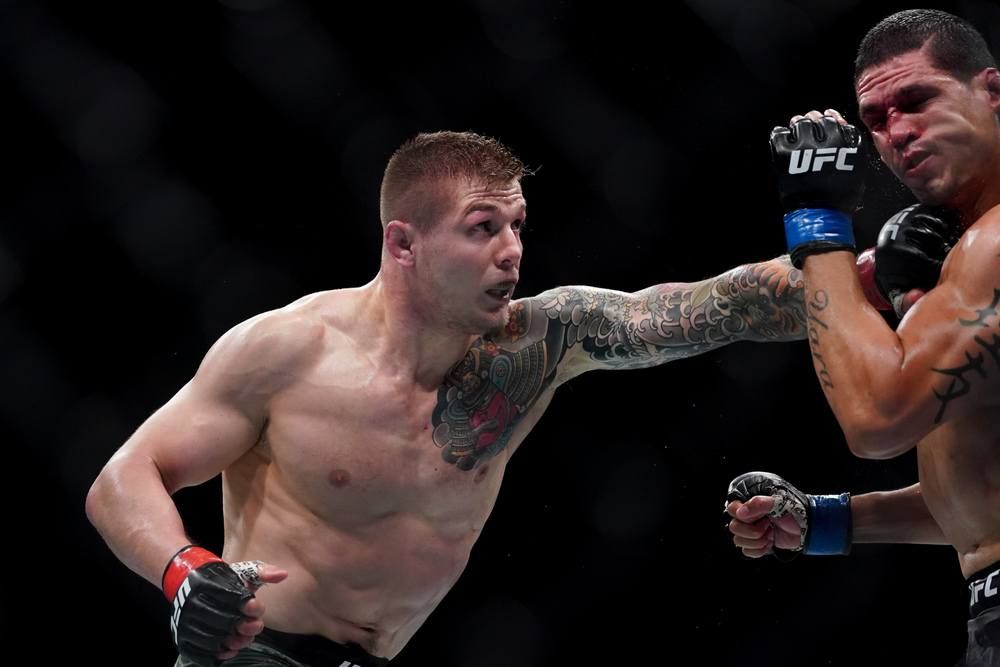 We are in Las Vegas this week at the UFC Apex for UFC on ESPN 19. This weeks’ Main Event will feature a Middleweight fight between two top contenders.

We’ll share our UFC on ESPN 19 best bets here but head over to our main UFC on ESPN 19 predictions homepage if you want picks for every fight on the main and preliminary card. Please gamble responsibly when following our MMA picks and predictions.

Marvin Vettori comes into this fight as the favorite and is 15-4-1 in the MMA. He is 5-2-1 in the UFC and is coming off a submission win against Karl Roberson. He is a solid striker, averaging 4.33 significant strikes per minute. He also absorbs 2.76 strikes per minute and has a striking defense of 67%. Vettori would likely be more comfortable on the ground, where he is averaging 1.67 takedowns per every 15 minutes. He lands his takedowns with an accuracy of 47%, but defends them 80% of the time.

Jack Hermansson enters this fight 21-5 in the MMA and 8-3 in the UFC. He won his most recent fight in July of this year, a win by submission in the first round. Hermansson is averaging 5.08 significant strikes per minute, while absorbing 2.52 strikes. He also can fight on the ground, averaging 2.19 takedowns per every 15 minutes and landing them with an accuracy of 35%. More importantly, he defends takedowns 73% of the time, which could help him in this fight significantly.

Both guys can grapple and they also both can stand up and fight. Vettori has been near flawless since his last loss, so I will back him here to pick up the win.

Jamahal Hill enters this fight a perfect 6-0 in the MMA. Hill is a high-volume striker, averaging 7.90 significant strikes per minute. He also lands his strikes 52% of the time. More importantly, Hill absorbs just 2.81 strikes per minute, so his chin has not been an issue. Hill does not have much grappling ability, but has defended takedowns 53% of the time.

Ovince Saint Preux enters this fight 25-14 in the MMA. Saint Pruex is averaging just 2.64 significant strikes per minute, while absorbing 2.88 strikes. He has shown some ability to grapple, averaging 1.23 takedowns per every 15 minutes. Though he only lands his takedowns 40% of the time.

Hill clearly looks to be the more aggressive fighter, especially if this fight stays standing. Saint Preux certainly looked better against Menifield, but I actually like Hill in this spot. I just think Hill is going to do far more damage and will end up getting his hand raised.

Jordan Leavitt comes into this fight a perfect 7-0 in the MMA. This will be his official UFC debut after he earned a UFC contract on Dana White’s Contender Series back in August of this year. He is only averaging 0.94 significant strikes per minute, but absorbing just 0.47 strikes. Where Leavitt is going to win this fight is on the ground. He averages 3.53 takedowns per every 15 minutes and has so far landed them with 100% accuracy. He also averages 3.5 submission attempts per every 15 minutes and has five submission wins in his career.

Matt Wiman is no doubt an MMA veteran and has a career record of 16-9. Part of the reason he does not have more fights is because of his nearly five-year layoff between 2014-2019. Since coming back, he is 0-2 with his most recent fight ending in a decision loss. Wiman is averaging 3.18 significant strikes per minute, while absorbing 3.57 strikes. He has the ability to grapple, averaging 2.14 takedowns per every 15 minutes. Though he only lands his takedowns 37% of the time.

There is no way I want to back Wiman here. His career seems to be coming to an end soon and he cannot be trusted, even at this price. Though at the same time, Leavitt’s price is far too high to back as well. Still, Wiman’s chin also looks to be a concern. Because of that, I am going to back Leavitt to win by finish.